Ohioans who have had at least one dose of a COVID-19 vaccine have until 11:59 p.m. on Sunday to sign up for 'Vax-a-Million.' 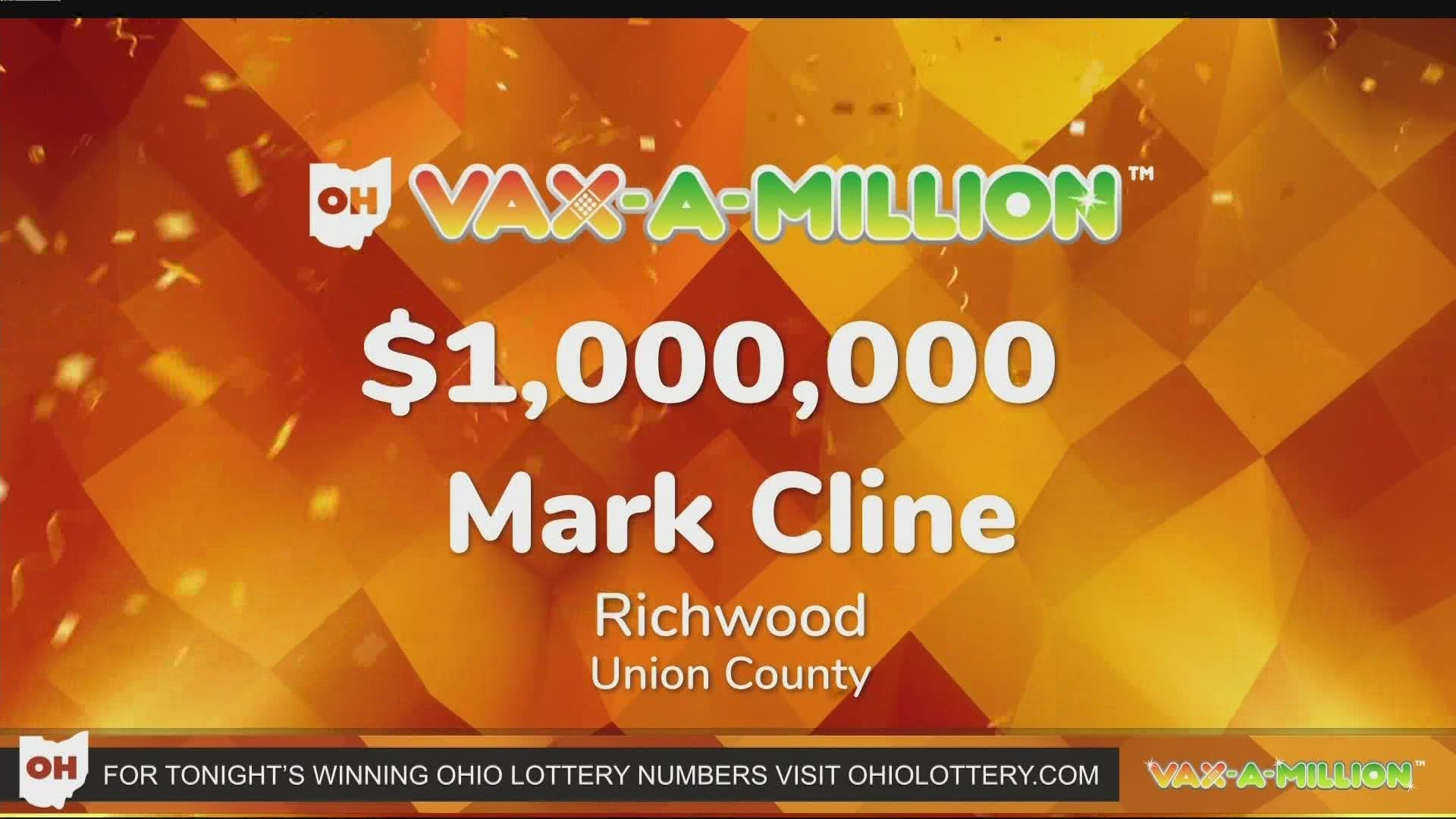 Ohioans who have had at least one dose of a COVID-19 vaccine have until Sunday at 11:59 p.m. to be eligible for the fifth and final drawing of the 'Vax-a-Million' lottery.

Suzanne Ward of Findlay and Sean Horning of Cincinnati were the winners of the fourth 'Vax-a-Million' lottery.

Jonathan Carlyle, of Toledo, won the $1 million prize and Zoie Vincent, of Mayfield Village in Cuyahoga County, won the college scholarship in the second drawing.

The Ohio Department of Health says of the 5.5 million people in the state who have started the vaccination process, not everyone has entered.

The winners of the fifth drawing will be announced Wednesday at 7:29 p.m.

Since 'Vax-a-Million' was announced on May 12, the state says vaccination rates have greatly increased, especially in teenagers with a 61% jump.

Gov. Mike DeWine and the state set up the lottery as an incentive for people to get the vaccine before health orders were lifted on June 2.