The legislation is intended to increase and improve background checks and ensure people don't have firearms if a court has deemed them to be a danger. 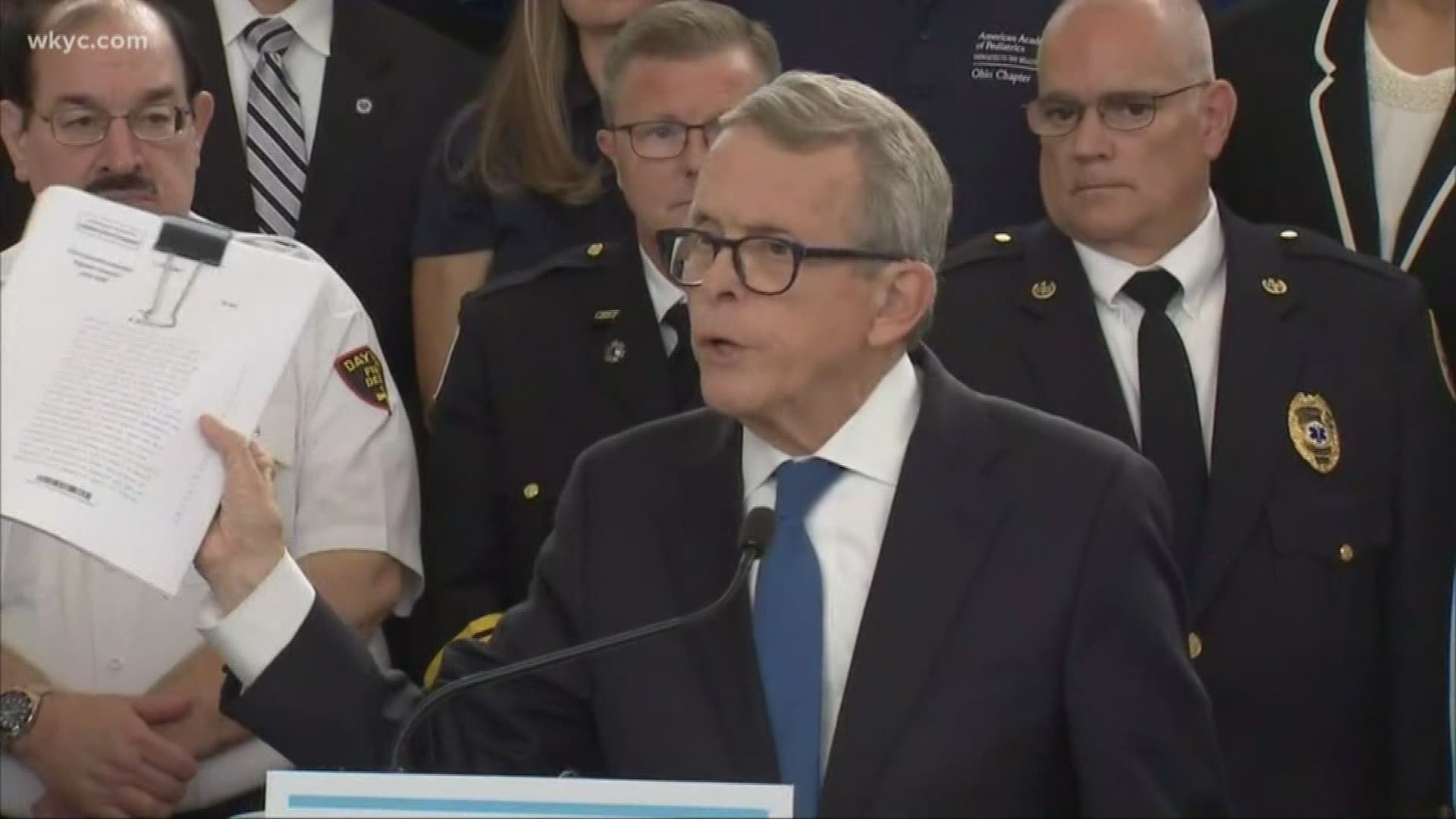 COLUMBUS, Ohio (AP) — Republican Gov. Mike DeWine's new proposals to address Ohio gun violence in the wake of the Dayton mass shooting don't include background-check requirements for gun sales or a so-called red-flag law to restrict firearms for people perceived as threats, despite his earlier support of those ideas.

Instead, his administration detailed legislative proposals detailed Monday intended to increase and improve background checks and ensure people don't have firearms if a court has deemed them to be a danger. Among other changes, the "STRONG Ohio" plan also would increase penalties for anyone who provides a gun to someone who is legally prohibited from having one, and require that certain types of protection orders and arrest warrants be reflected in state and federal law enforcement databases to ensure more accurate background checks.

DeWine said his team consulted with city leaders, lawmakers and many others and worked to produce proposals that he believes will get results, protect people's rights — and be able to pass the Republican-led Legislature.

"They do not infringe on Second Amendment rights for anyone who has a legal right to own a gun," Lt. Gov. Jon Husted said. "What the plan does is put dangerous people — criminals — on notice that if you're a threat to yourself or others, you are not legally allowed to possess weapons, and we're going to build a system to ensure that you don't."

Husted said the idea of a red-flag law that still protected gun owners' due process proved "inadequate and unworkable" because of the time required for due process and the danger that could pose for law enforcement and because removing a weapon doesn't ensure the subject won't harm themselves or others. So-called red flag laws allow a court to temporarily seize guns from people believed to be a danger to themselves or others.

Whaley, a Democrat, recalled how a crowd chanted "Do something!" as she and DeWine attended a vigil after a shooter in Dayton killed nine people in August. The new proposals don't do enough but are an "important start," she said.

"This is the first time in my career that I have witnessed our state government seriously consider restrictions on access to guns instead of allowing more dangerous weapons in our communities," Whaley said.

"When the people told the governor to do something, they didn't mean to do just anything," she said in a statement. "Ohioans want common sense gun safety. STRONG Ohio is weak."

Another group, Ohioans for Gun Safety, said it applauds DeWine's proposal but will continue its separate, ongoing push to use a petition process to change state law to require background checks on virtually all gun sales.

RELATED: Over 3,600 Ohioans reach out to governor after mass shooting