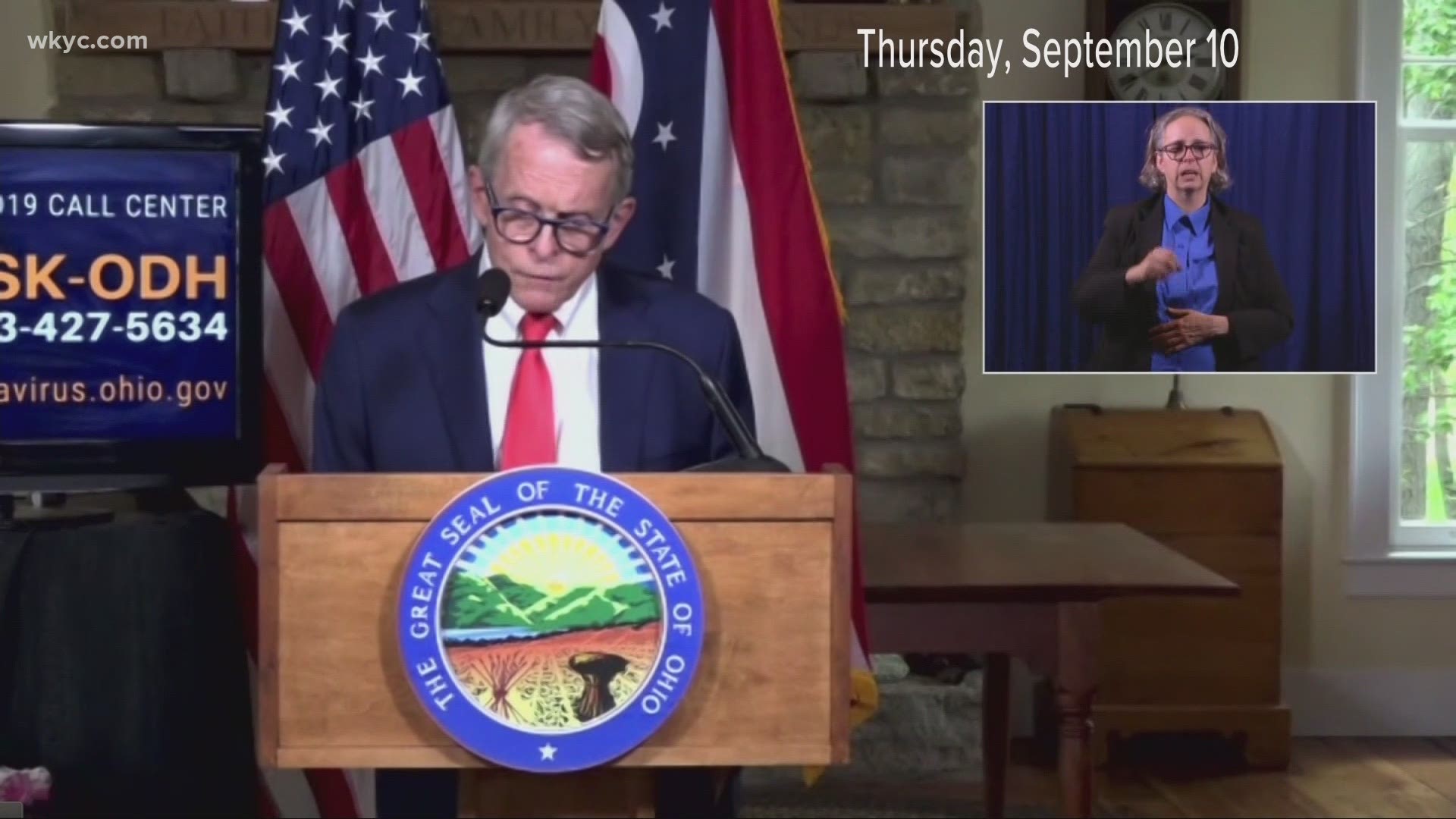 Ohio will be able to hire a health director despite concerns about criticism a candidate might face, Gov. Mike DeWine said Tuesday, addressing last week's turn of events during which his new director withdrew her name just five hours after it was announced.

DeWine said he respected the decision by former South Carolina Health Director Dr. Joan Duwve to reject the job on Sept. 10. She cited unspecified personal reasons, then issued a statement the next day saying she learned the previous health director’s family had been harassed by the public.

“Sometimes you don’t fully grasp things — this happens to me — until you kind of get into something and you see it more,” DeWine said.

Dr. Amy Acton abruptly resigned as health director in June following a torrent of conservative criticism over her public health orders to slow the spread of the pandemic. That included armed protesters outside her suburban Columbus house and protests outside the Ohio Statehouse with signs bearing anti-Semitic messages. Acton is Jewish.

“While I have dedicated my life to improving public health, my first commitment is to my family. I am a public figure. My family is off limits," Duwve said in her statement last week. "I withdrew my name from consideration to protect my family from similar treatment.”

DeWine said Tuesday that Duwve had been told of the protests Acton faced during the interview process.

The Republican governor said he doesn't believe criticism about his administration's handling of the coronavirus, which has also included multiple efforts by fellow House and Senate Republicans to curtail his public health order powers, will dissuade someone from taking the job.

The Republican governor said that in the meantime, he receives daily help from top medical officials around the state. He said Tuesday that the state's approach to the pandemic, which includes mandatory social distancing and mask orders, will continue until a vaccine is found and it's widely adhered to.

Nationally, dozens of state and local public health leaders have resigned or have been fired amid the coronavirus outbreak due to criticism, threats of violence and burnout.