Ohio Governor Mike DeWine announced on Thursday that Dr. Amy Acton is stepping down as the Ohio Department of Health Director. 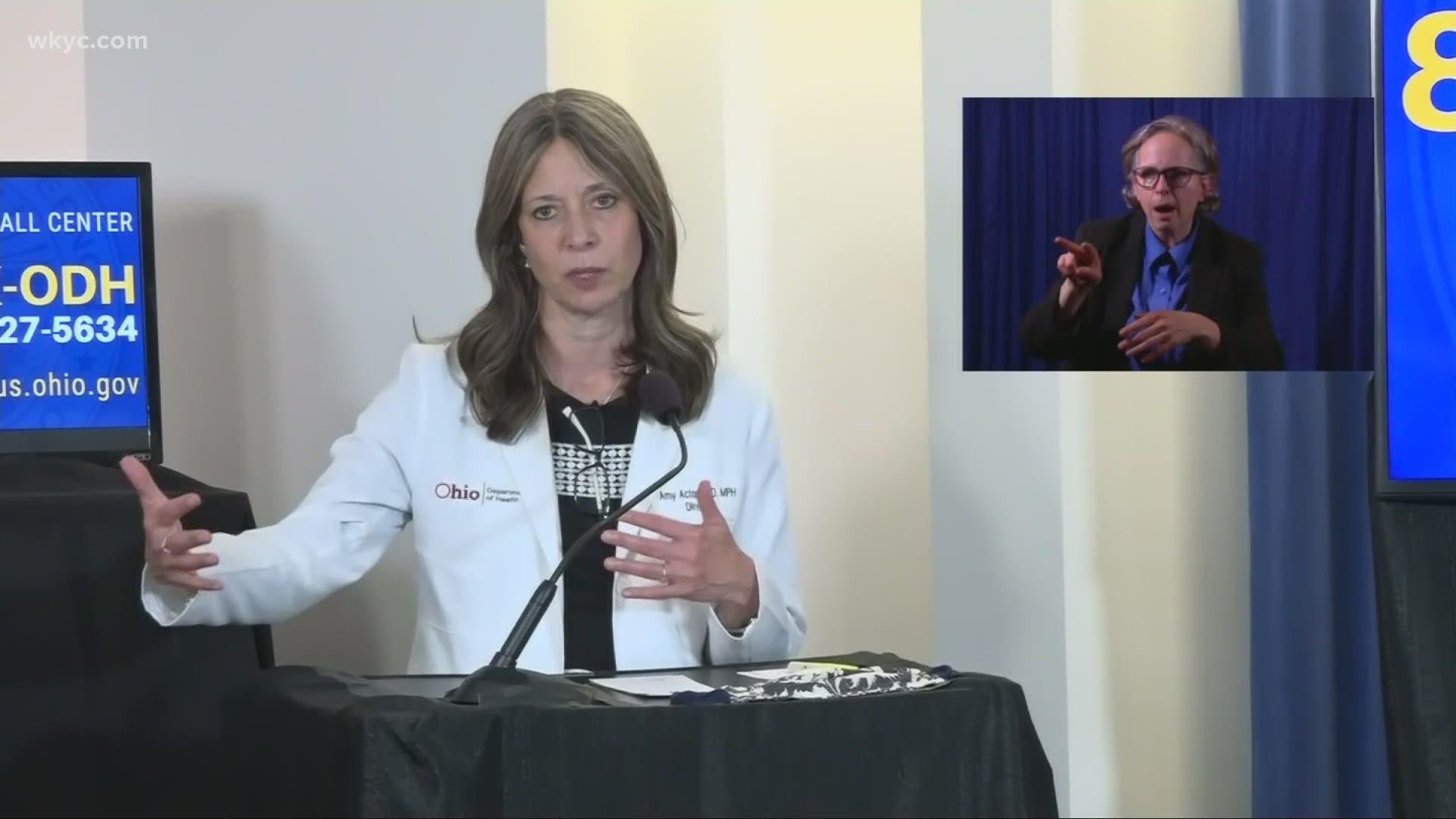 Acton will continue to serve as DeWine's Chief Health Advisor. Lance Himes will serve as the Ohio Department of Health's Interim Director, a role he had previously held.

A native of Youngstown, Acton took over as the Ohio Department of Health Director in February 2019 and later became one of the faces of the state's response to the coronavirus (COVID-19) pandemic in March 2020. Acton received praise both locally and nationally for her calm demeanor and measured approach, with a New York Times video column calling her "the leader we wish we all had."

On Thursday, DeWine reiterated that any order issued by Acton came at his directive. Asked why she chose to resign, Acton said she couldn't do justice to what had become performing three jobs at once during the state's continued coronavirus response.

Asked about the backlash she's received in her role, Acton said, "that was not my focus."

RELATED: Gov. DeWine says Ohio businesses should continue allowing employees to work from home: 'I think it is the safest thing'

RELATED: Ohio Gov. Mike DeWine on defunding police: 'That would be absurd'