Former president Donald Trump on Matt Dolan's candidacy for U.S. Senate from Ohio: 'One person in the race I won't be endorsing'

Trump cited the Indians' pending name change to the Guardians as the reason he won't be backing the Chagrin Falls Republican in his bid for the U.S. Senate. 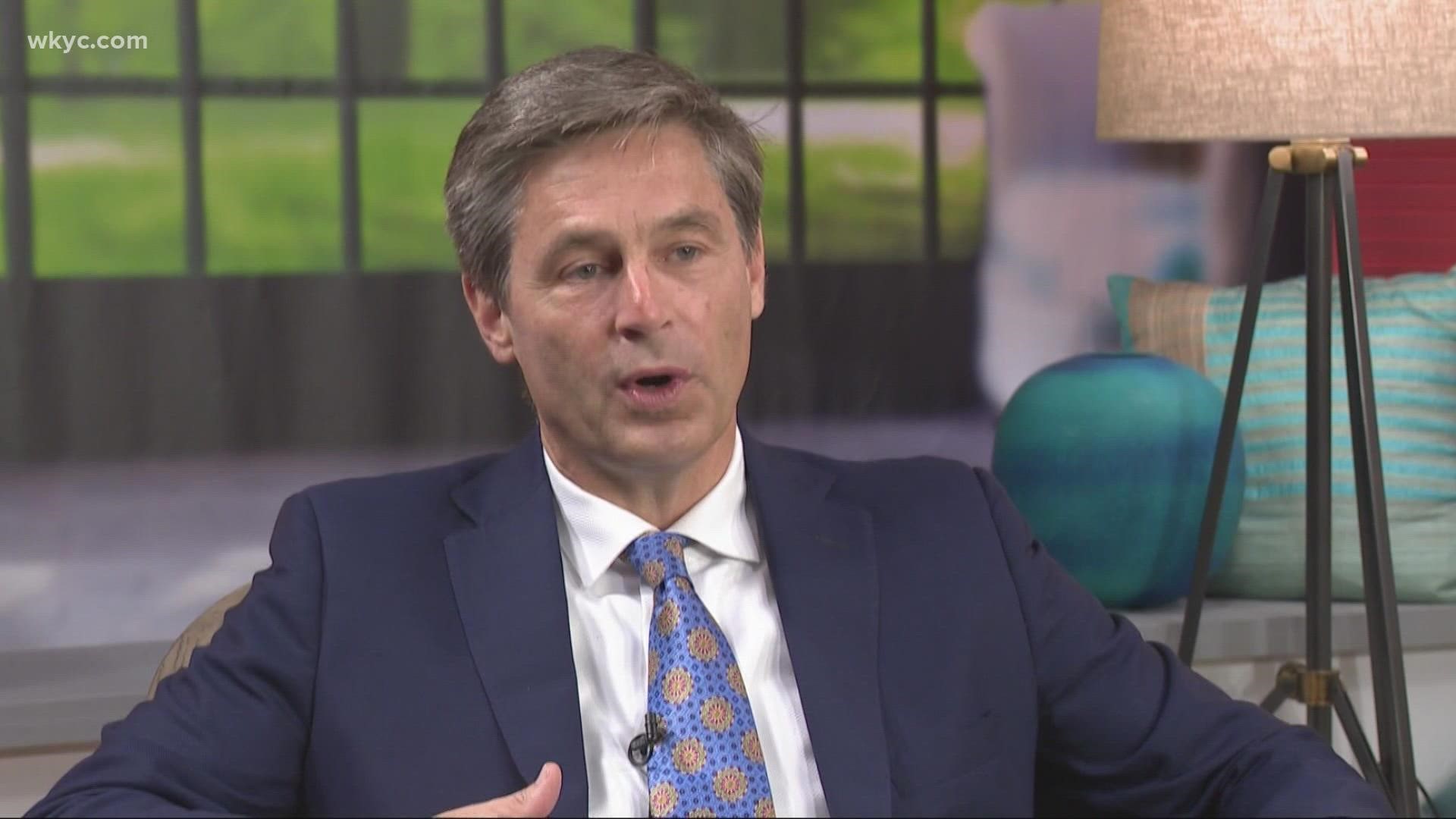 CLEVELAND — On Monday, State Senator Matt Dolan announced his candidacy for the U.S. Senate, joining a crowded field of candidates looking to replace the retiring Sen. Rob Portman in 2022.

Unlike his GOP rivals, Dolan will not be looking for the endorsement of former president Donald Trump in the race. And judging by a statement put out by Trump on Monday evening, Dolan should not expect any help either.

In a statement released by Trump's Save America PAC, the ex-president points to the decision made by Dolan's family to change the name of the Cleveland Indians as a reason not to back the Chagrin Falls Republican for the U.S. Senate.

"Anybody that changes the name of the once storied Cleveland Indians to the Cleveland Guardians should not be running for the United States Senate representing the Great People of Ohio," Trump wrote. "The Atlanta Braves didn’t change their name, and the Florida State Seminoles didn’t change their chant, but Cleveland has, and they were there first. Despite this, a man named Matt Dolan, the son of the owner of the team, said he is against Cancel Culture. Do those two things really work together? In any event, I know of at least one person in the race who I won’t be endorsing. The Republican Party has too many RINOs!"

**Just a correction to the former president's statement: The NFL football team formerly known as the "Washington Redskins" changed its name to Washington Football Team prior to the Indians deciding to choose a new nickname.**

Dolan's father, Larry, is the principal owner of the Indians. His older brother Paul is the team's chairman and CEO. In July, the Indians announced they would become the Guardians at the conclusion of this season after taking nearly a year to consider the future of its name, which has been considered to be offensive to Native Americans. In December of 2020, the Indians officially announced that they would be changing their name, although the team didn't commit to an official timeline to do so.

As Trump correctly pointed out, Dolan does address cancel culture as an issue on his campaign website.

“Few understand the threat of cancel culture more than me. Rights afforded by the Constitution, like freedom of speech and the right to due process, are under attack in our classrooms, town squares and sports stadiums. Liberals are weaponizing mob justice and cancel campaigns to silence and censor people and businesses — large and small," Dolan writes.

In his statement announcing his U.S. Senate candidacy, Dolan made no mention of Trump. There is also no sign of the former president in Dolan's announcement video.

Dolan will be facing five other GOP candidates in the U.S. Senate primary race next year, most of whom have attempted to get in the good graces of Trump by hiring former aides or pledging to advance his agenda. The five other Republican candidates are:

Read more about the candidates: