"We can't go another four years and continue to lose ground," Renacci told Russ Mitchell in their one-on-one interview. 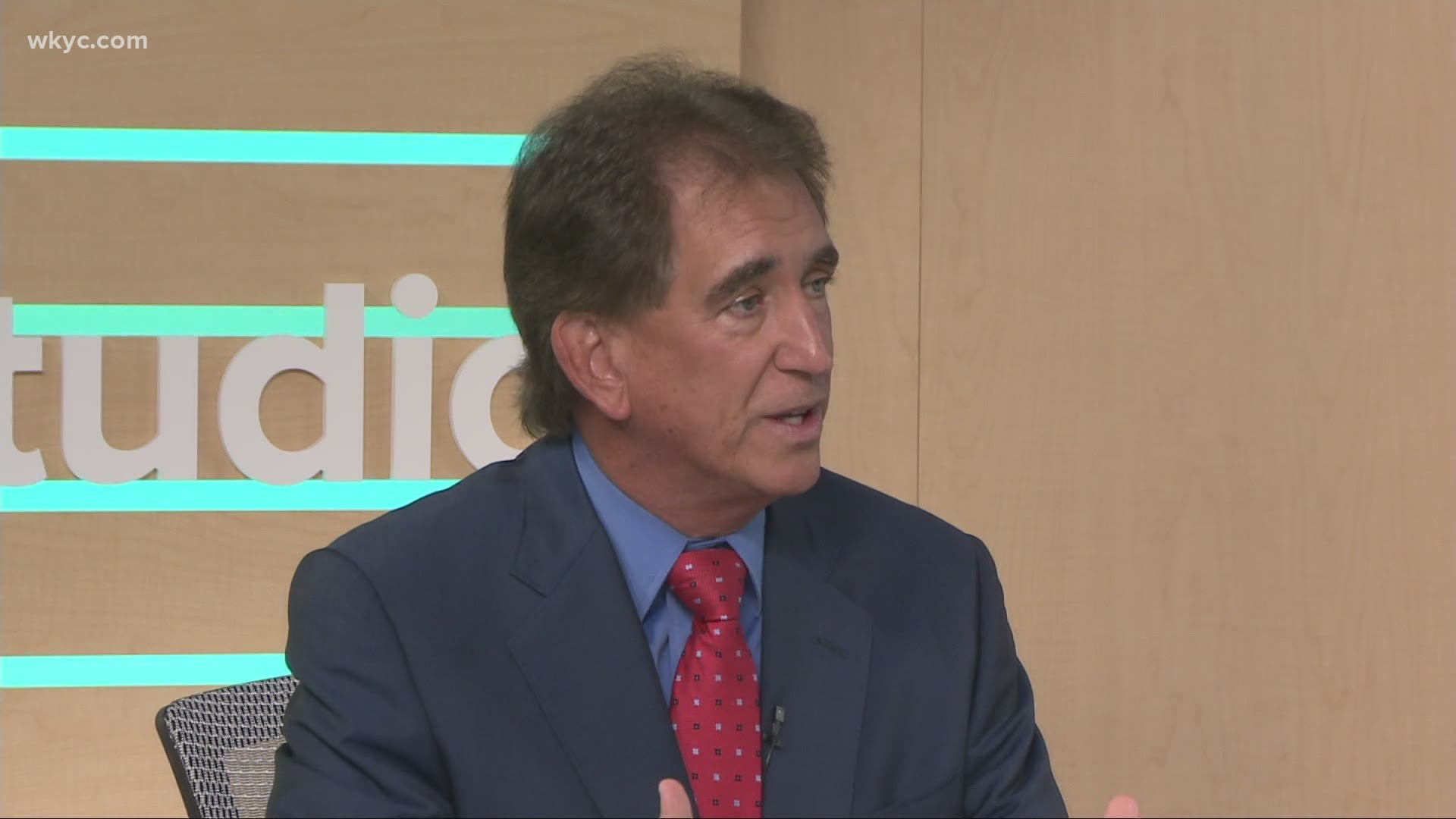 CLEVELAND — After months of hinting that he might challenge incumbent Mike DeWine, former U.S. Rep. Jim Renacci told 3News' Russ Mitchell in a one-on-one interview Wednesday that he indeed plans to run for Ohio governor next year.

"I left Washington because I knew Washington was broken. The only way to fix it is to have strong states," Renacci told Mitchell when asked why he is running for governor. "I believe the only way to change Washington is to have leaders who step up and say 'we have to be stronger.'"

The 62-year-old Republican served as the U.S. Representative for Ohio's 16th Congressional District from 2011-19. Renacci fell short in his bid for the U.S. Senate in 2018, losing to incumbent Sen. Sherrod Brown. Renacci's political resume also includes two terms as the mayor of Wadsworth.

Renacci believes there are several areas in Ohio that need attention.

"Look at our economy, we're 50th now in job creation," he told Mitchell. "We're number one in corruption. We have three of the most dangerous cities per capita in the nation in Cleveland, Akron and Cincinnati."

You can watch the entire interview between Russ Mitchell and Jim Renacci below:

Renacci has been turning to Twitter in the past few weeks to raise up various statewide issues, while questioning the leadership of DeWine. On Wednesday, he tweeted out the following posts:

"The people of Ohio deserve liberty, freedom and and best possible place to work, raise a family and retire. We dont want Cuomo 2.0. We dont want to be New York. Ohio First means America First. Are you ready?"

"There IS unfinished business that needs tended to in this state. The establishment will not stop it from happening."

"Will you let Mike DeWine "Cuomo" Ohio? Not me."

The people of Ohio deserve liberty, freedom and and best possible place to work, raise a family and retire.

We dont want to be New York.

“Don’t like the gas prices we’re paying at the pump?” he tweeted on June 7. “You can thank Mike DeWine for raising the gas tax in 2019.”

On June 6, Renacci tweeted "Ohio needs a LEADER" coupled with the following message: "Ohio needs a governor who will stand up for the working people of Ohio, NOT corporations shipping our jobs to China & Mexico. When Ford moved $900 billion from Avon to Mexico, where was DeWine? When Kellogg’s moved a plant to Tennessee, where was DeWine?"

Renacci says polling his campaign has done shows DeWine is only getting a 16% solid approval rating among Republicans in the state. "There are 35% of Republicans who say they'll never vote for him (DeWine) again," the former congressman added.

In his official announcement video, Renacci echoed many of the talking points against DeWine that he utilized on Twitter. "Mike DeWine is a career politician. He's been campaigning since the Jimmy Carter era. He was hand-picked by the establishment to be governor," Renacci stated in the video.

"Enough is enough with Ohio's wannabe Cuomo. Now is the time to put a conservative leader in charge," Renacci added.

On the opposite side of the political aisle, Dayton Mayor Nan Whaley (D) made headlines back in April after announcing she was running for governor.

“If we’re going to rebuild Ohio, give our kids the education we long promised but never delivered, where all you need is one good job to give your family everything you need, then we need to break up the monopoly on political power in Columbus where the same crew has been in charge for 30 years,” she said in her campaign video.

Gov. DeWine has previously said he plans to run again in 2022.