It's the third straight negative result for the couple after a different type of test turned up positive for the governor. 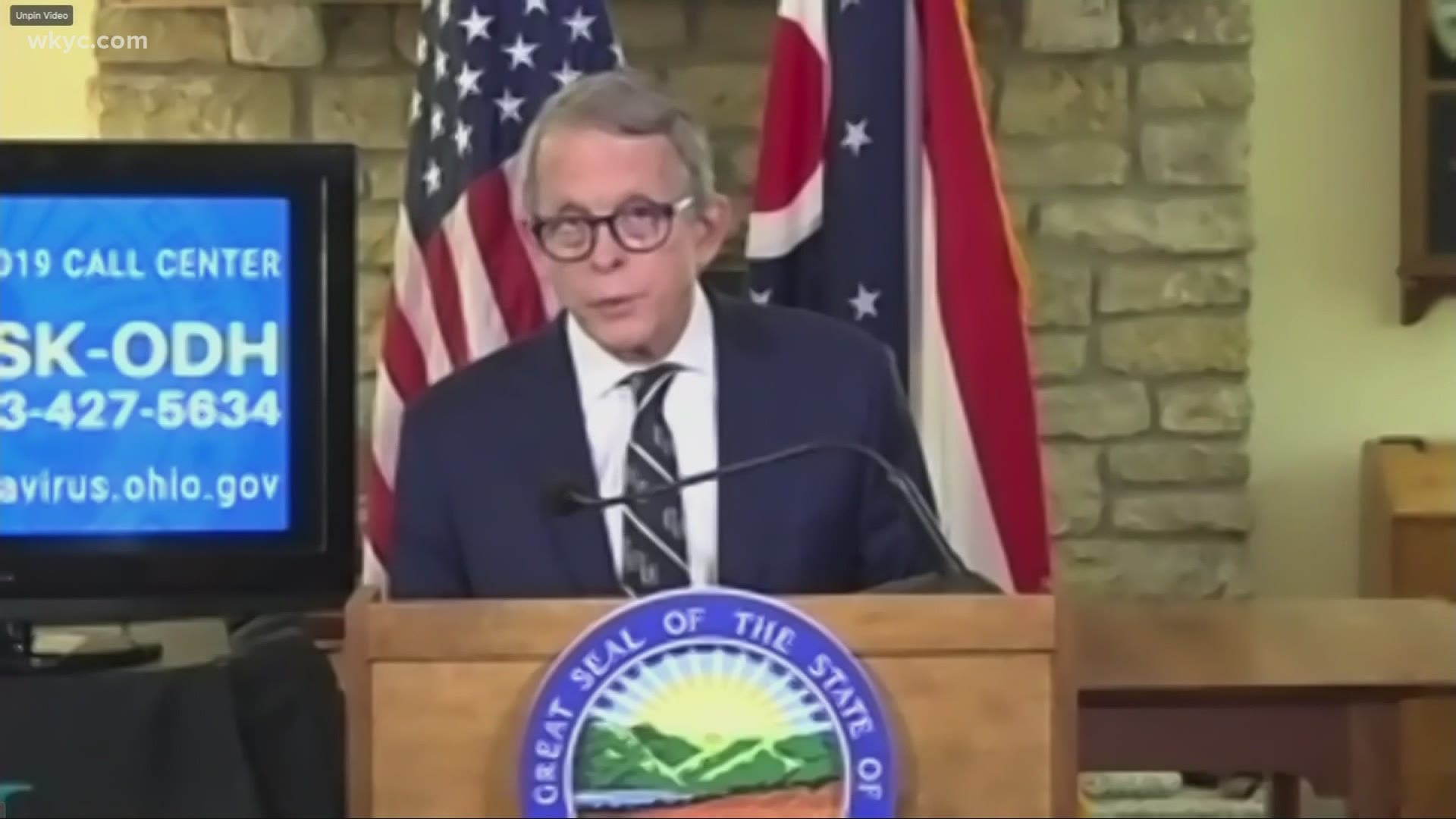 COLUMBUS, Ohio — Both Ohio Gov. Mike DeWine and First Lady Fran DeWine do not have COVID-19, according to PCR tests administered Saturday in Columbus.

This is the third such test for the couple in the last three days, and all turned up negative. With the latest results, the governor's office is confident the rapid antigen test that showed he had the coronavirus was actually a false positive.

Gov. DeWine was in Cleveland Thursday preparing to greet President Donald Trump, and per protocol took a rapid virus test prior to the scheduled encounter. After the results came back positive, he was immediately taken back to Columbus to be tested again along with his wife and staff at the Ohio State University Wexner Medical Center before the pair returned to their home in Cedarville.

Mr. and Mrs. DeWine were both tested twice at Wexner that afternoon, and officials announced that night the results were negative. The PCR tests given to the pair both that day and today is considered the "gold standard" of testing with an accuracy rate close to 100%, and has been the official indicator of COVID-19 cases in Ohio.

The antigen test given to the governor in Cleveland is a relatively new procedure, and while experts say it has promise due to its speed its accuracy has been questioned (both for positive and negative results). Should someone test positive via an antigen test, they are always tested again using a more standard test before theirs is counted as a "confirmed" case of the virus, as was the case with DeWine.

While his office believed DeWine did not have the virus as soon as Thursday evening, the governor still held his scheduled Friday press briefing remotely from Cedarville as a precaution, rather than from the Ohio Statehouse. It is unknown if he will continue with that practice this week.

Prior to the negative results, DeWine said he was not sure how he could have even contracted the virus, and some have now called the usefulness of the antigen tests into question. The governor did defend the state's testing strategy due to the overwhelming reliance on PCR tests, and also dismissed those who claimed this was an indication masks did not work.

"This virus is very tough, and yes, you can contract it even when you're being very, very careful and even when you're wearing a mask," he said. "But your odds are just dramatically better."

The state says it will work with the manufacturer of the antigen tests to figure out why the false positive occurred and attempt to improve results in the future.