SB 311 had already passed the State Senate back in November before clearing the House on Thursday. 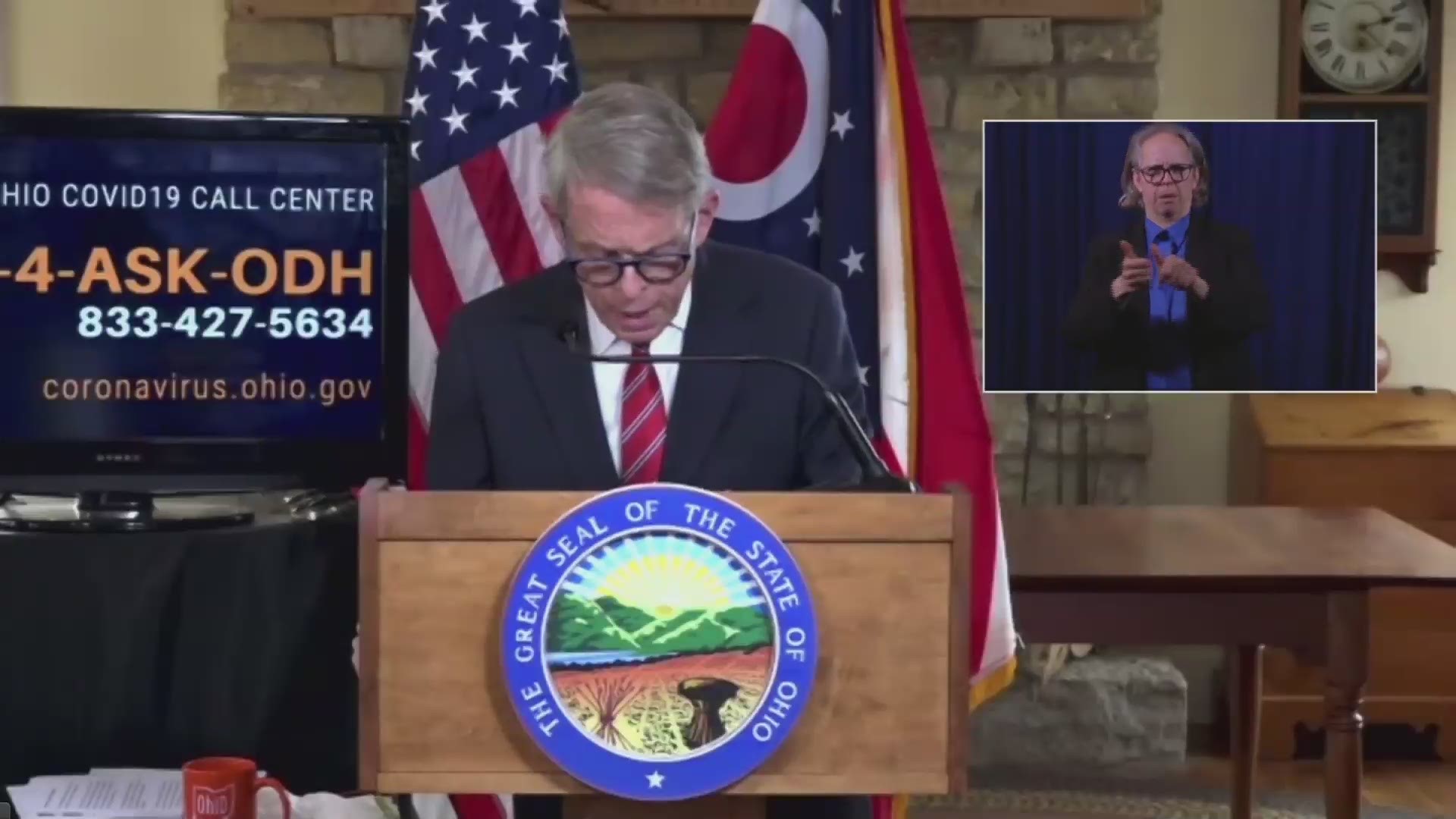 CEDARVILLE, Ohio — While making his stance clear on the current state of the pandemic here in Ohio, Gov. Mike DeWine is also making clear that he will protect the powers of the Ohio Department of Health and its staff working to slow the spread of COVID-19.

During a press briefing Thursday, DeWine reiterated that he would veto Senate Bill 311, which later passed the State House of Representatives by a vote of 58-30. The bill "establishes common-sense limitations on the Director of Health’s discretion to issue orders such as stay-at-home or stay-safe directives during crises like the COVID-19 pandemic," according to the State Senate's website.

"SB 311 is a disaster. I know it's well-intended by the General Assembly, but when you look at the ramifications, this is not a bill that can become law," explained DeWine.

He went on to explain that he is following the advice of experts, doctors and nurses who tell him this is a "dangerous idea" and would cause "great harm if made law."

Senate Bill 311: This bill, if ever enacted, would severely limit the ability of @OHDeptofHealth to issue orders needed to prevent the spread of infectious disease - not just this disease, ones in the future as well.

DeWine pointed to an example that if a person comes to Ohio from a country with an Ebola outbreak, future leaders couldn’t ask them to quarantine until it’s certain they were not directly exposed to a carrier of the disease. They would be free to be in any public place - possibly spreading the disease.

"Doctors, nurses, and scientists have all advised me that this bill would do great harm if it became law. For that reason, if SB 311 passes, I will veto it," DeWine added.

Any bill requires a three-fifths majority in both legislative chambers to override a veto by the governor, i.e. 60 votes in the House and 20 in the Senate. SB 311 received that exact number in the Senate, but fell two short in the House, although 11 members did not vote. It is possible it could reach that figure in a re-vote.

As of Thursday afternoon, the Ohio Department Health 7,787 new COVID-19 cases and 63 new deaths across the state.