Watch again: Gov. Mike DeWine holds briefing with the latest on the state's response to COVID-19 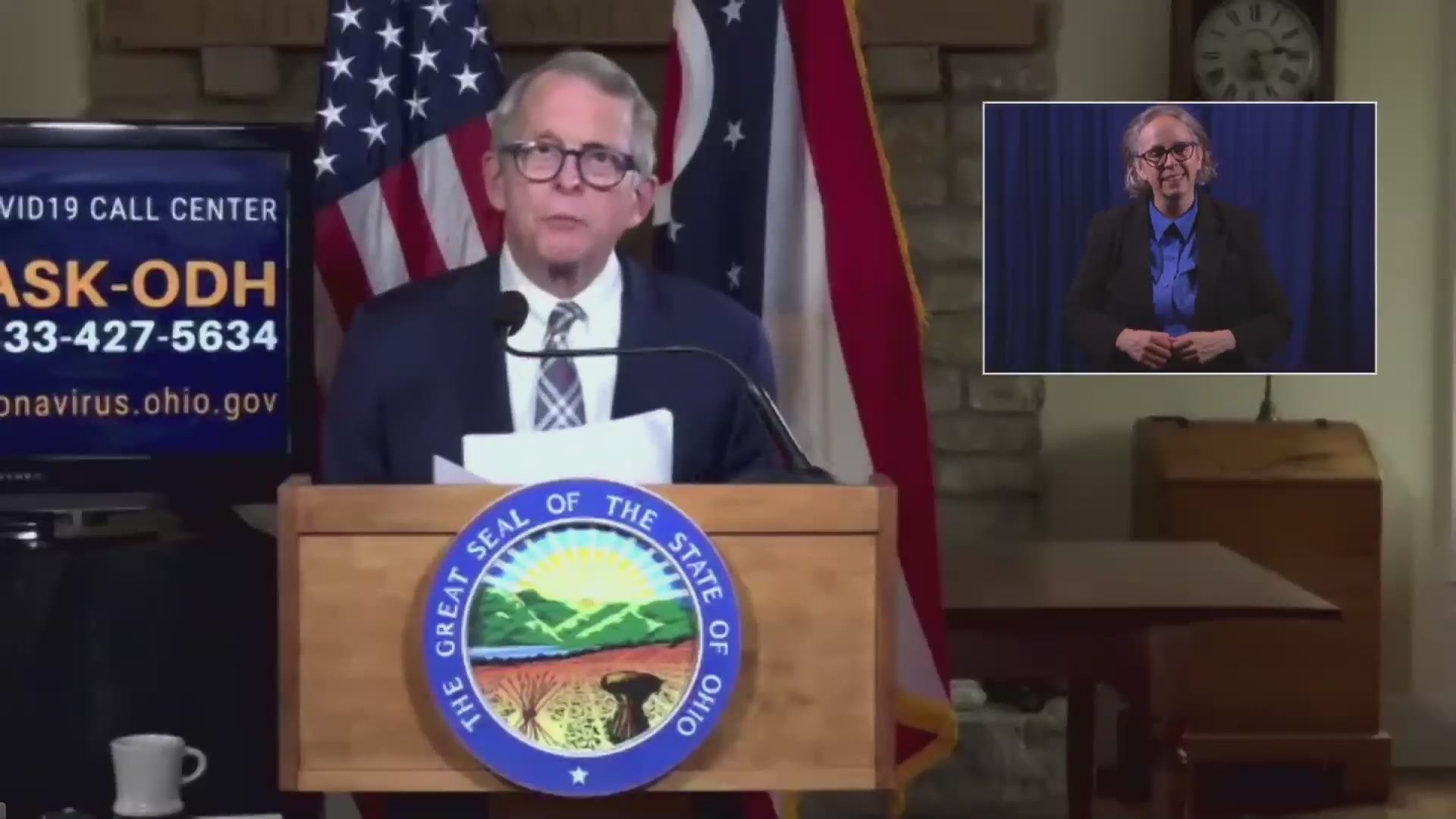 COLUMBUS, Ohio — On Tuesday, Gov. Mike DeWine and Lt. Gov. Jon Husted held a news conference with the latest information on the state's response to the ongoing COVID-19 pandemic.

Stepping away from taking about COVID-19 for a moment, DeWine announced a "new vision" for Ohio's Medicaid program, which would mark the state's "first major overhaul of Medicaid in 15 years." The plan will focus on children with complex needs, emphasize specialized care and give doctors and providers more time to spend with patients.

DeWine's briefing comes as the Buckeye State is at the center of the political world. President Donald Trump and former Vice President Joe Biden will be in Cleveland tonight to square off in the first of three presidential debates inside Samson Pavilion. DeWine has called out the Ohio National Guard to assist local law enforcement during tonight's event.

Although DeWine isn't ready to buy the narrative that the Buckeye State has turned red, he said he does believe that President Trump will win Ohio and its 18 electoral votes -- just as he did in 2016.

"I never bought into this argument that Ohio's become a Republican state," the Ohio Republican governor said. "I mean, Ohio's a swing state. The president won last time by nine points, I think, and that was a big, big, surprise. I think he's going to win this time in Ohio. I think it will be close, but I think he will win. But sure, we'll see. Ohio is certainly in play, but I think the president will carry Ohio.

"As President of the United States, President Trump has the constitutional obligation to put forward a U.S. Supreme Court nominee, and I applaud his selection of Judge Amy Coney Barrett, who is both highly qualified and highly respected. In addition to her distinguished judicial career, Judge Coney Barrett is a mother of seven, a constitutional scholar, and an esteemed law professor."