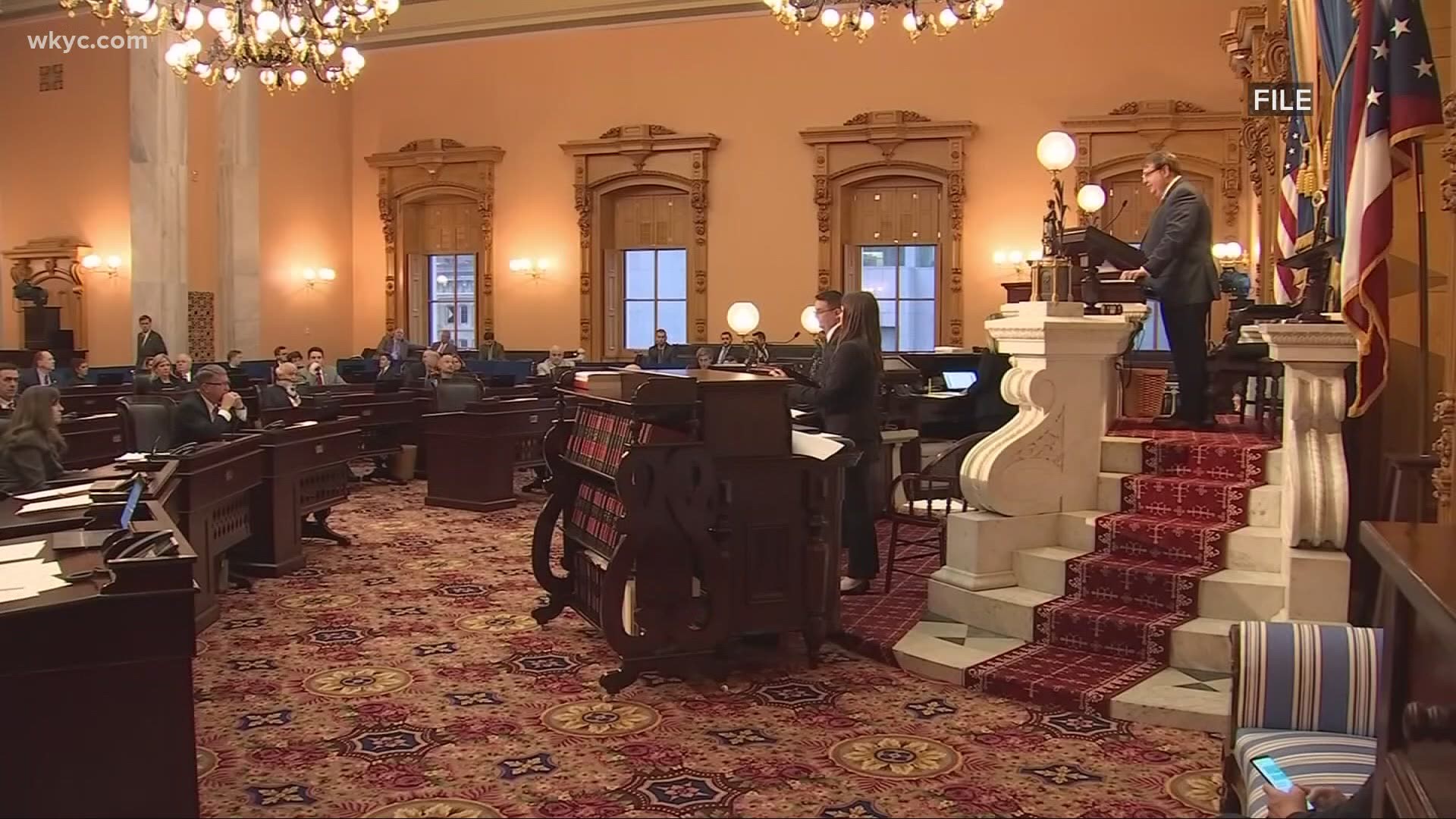 A central Ohio judge on Monday blocked the subsidies from a $1 billion nuclear bailout law at the center of a $60 million bribery probe, as state lawmakers scrambled to decide the fate of a repeal effort and nominees were chosen to succeed a utility regulator who resigned amid the investigation.

Franklin County Judge Chris Brown sided with Republican Attorney General Dave Yost and the cities of Cincinnati and Columbus in granting a preliminary injunction that would block the subsidies that were set to be added to every electric bill in the state starting Jan. 1.

“Today’s ruling is a win for all Ohioans,” Columbus City Attorney Zach Klein said in a statement. “HB 6 was passed through deceit, deception and corruption and this decision means that Ohio ratepayers will keep their hard-earned dollars instead of paying for a massive corporate bailout.”

The ruling came as lobbying intensified on all fronts on legislation seeking to repeal the bailout law, as well as several competing proposals, with just a day left in the lame duck legislative session.

The potential for legislative inaction before the session ends influenced his decision, Brown said. Fees collected under the law, which was passed in July 2019, amount to more than $150 million a year through 2026.

“To not impose an injunction would be to allow certain parties to prevail. It would give the OK that bribery is allowed in the state of Ohio and that any ill-gotten gains can be received,” he said from the bench. “All you’ve got to do is find the right legislator, find the right speaker of the House. It is in the public interest to avoid that sentiment throughout the state.”

Yost filed the state’s lawsuit in September against Energy Harbor, a former subsidiary of FirstEnergy Corp., the state’s largest utility.

Also Monday, a nominating council forwarded four names to Republican Ohio Gov. Mike DeWine to fill a seat on the powerful Public Utilities Commission of Ohio to replace its former chairman, Sam Randazzo, who resigned days after the FBI searched his Columbus townhome.

The four finalists were: Supreme Court Justice Judith French, who lost a reelection bid in November; Anne Vogel, a top DeWine aide who formerly worked as an attorney for the electric utility AEP Ohio; Angela Amos, a policy adviser at the Federal Energy Regulatory Commission; and Gregory Poulos, the executive director of Consumer Advocates of the PJM States, a nonprofit utility group.

French and Vogel are Republicans. Amos is a Democrat and Poulos is an independent.

DeWine has 30 days to select Randazzo’s replacement. Randazzo resigned as PUCO chair Nov. 20, four days after the FBI search and the day after FirstEnergy said in a quarterly earnings report that top executives had paid about $4 million to end a consulting contract in early 2019 with the firm of an Ohio state official matching Randazzo’s description.

DeWine selected Randazzo to head the commission and the Ohio Power Siting Board within a few days of receiving a similar list of nominees in February 2019. Republican insiders told The Associated Press recently that they warned DeWine about Randazzo’s previous work with FirstEnergy beforehand.

The FBI, U.S. Securities and Exchange Commission and Ohio Secretary of State are investigating FirstEnergy’s role in the alleged bribery scheme. Federal prosecutors allege then-Ohio House Speaker Larry Householder used the money to win the speakership, elect political allies and pass the bailout bill. Householder and four others were arrested in July and subsequently indicted on racketeering charges.

Before Monday’s vote and closed-door interviews with eight candidates by the nominating council, groups concerned about public trust in the utility commission sent letters to DeWine.

“Ohioans should be able to ‘follow the money’; such disclosure will help Governor DeWine identify conflicts of interest and could help head off future problems,” Executive Director Catherine Turcer said in a statement.

Three former PUCO members, meanwhile, asked DeWine and the commission to “exert the full extent of its regulatory authority” to restore public confidence.

Former commissioners Ashley Brown, J. Michael Biddison and Todd Snitchler — a Democrat, independent and Republican, respectively — recommended hiring an outside firm to investigate Randazzo’s interactions with FirstEnergy, its affiliates and lobbyists to determine whether the company was shown any favoritism in decisions by the commission.

They also said the commission may want to re-examine FirstEnergy electric rates.

A third-party review similar to what the three former commission members requested is already underway, said PUCO spokesman Matt Schilling, and legal filings are pending that would open Randazzo’s voting history to scrutiny.