Kevin Berthia nearly lost his life on the Golden Gate Bridge in 2005, but Kevin Briggs, who was a highway patrol sergeant at the time, kept him from jumping. 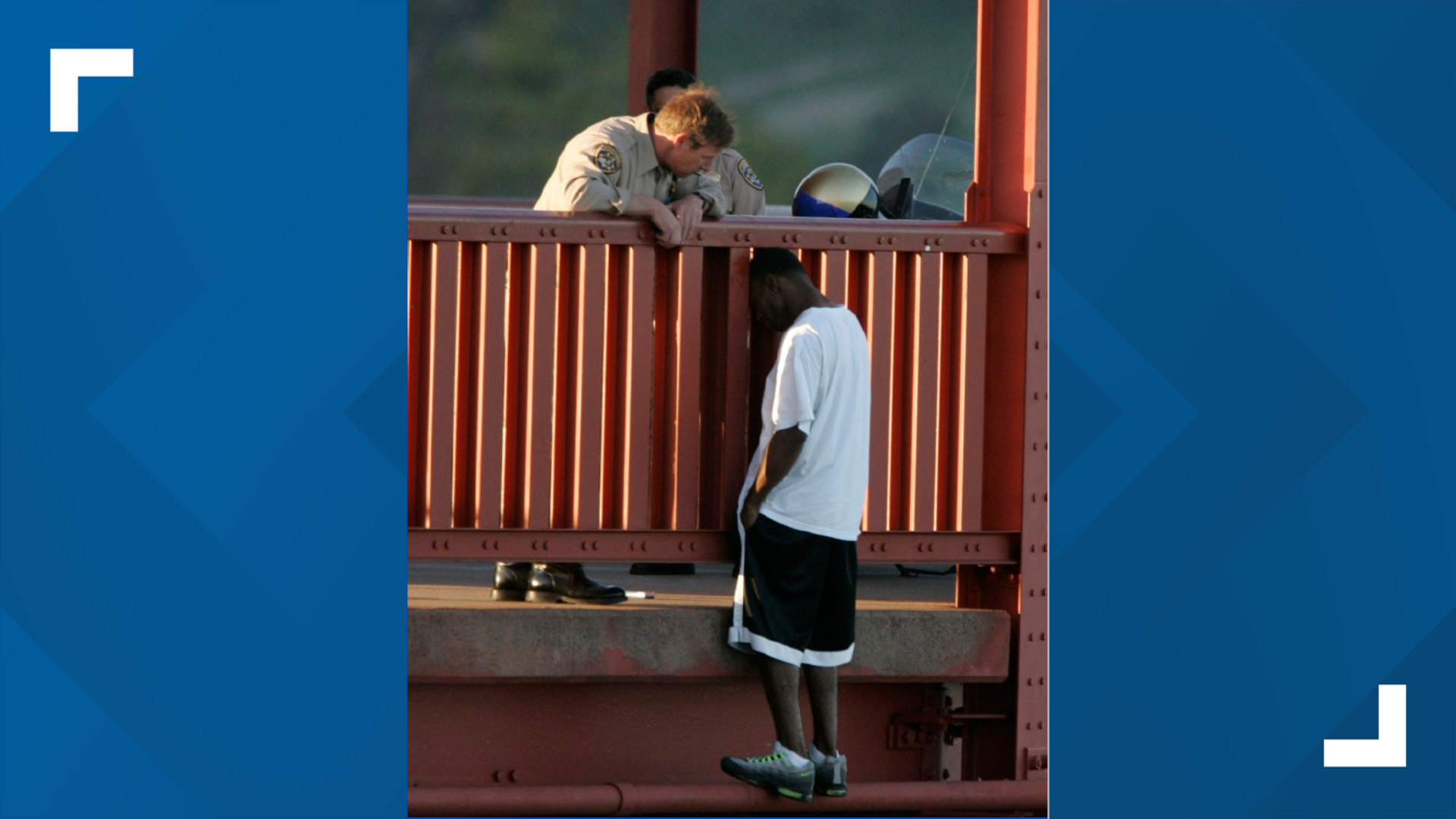 COLUMBUS, Ohio — The picture is haunting.

It shows Kevin Berthia, then 22 years old, standing on the outside of the railing of the Golden Gate Bridge in San Francisco. He was ready to jump.

“Up to that point, I internalized every emotion I ever had and never dealt with it and just moved on, and that’s just what I did my whole life,” Berthia said. “On that day, March 11, 2005, I wasn’t able to get past, out of my head, it was the first day I literally completely lost hope, and unfortunately I drove myself to the Golden Gate Bridge.”

But also in that now-famous photo was Kevin Briggs, a retired sergeant with the California Highway Patrol. During his career, he became known as the “Guardian of the Golden Gate Bridge.”

“I had no experience in this,” Briggs said of his time before his training as a crisis negotiator. “I had crossed the bridge many times before going on with the highway patrol and no idea about the number of suicides or suicide attempts from that bridge.”

By the end of his 23-year career, he had helped more than 200 people to live another day. And that includes Berthia. The two made a stop in Columbus on Friday to share their story.

“It’s great to hear from a first responder and someone with lived experience,” Briggs said. “We combine those, and I think we cover so many bases. We make time for questions. And, what happens with us, I’ve talked to Kevin quite a bit about this, is, after we speak, we get to mingle and talk with people in the audience. We take as long as it takes, and that helps us. That’s kind of our therapy. So it’s really neat to be able to do this.”

The two men actually went years after that fateful day in 2005 before reconnecting. But, once they did, they determined there was power in numbers and that sharing their story together could help.

“He met me on the worst day of my life,” Berthia said. “We come from two different backgrounds. At no point did he have to be what he was for me, but he still did that. And I think that our story is a story that shows that things can change, that we can bridge this gap between civilian and law enforcement. We can do it, but it takes accountability on both ends.”

“They’re reimagining policing, we’re talking about better ways to co-respond to persons in mental crisis, so we just want to better give the tools to our first responders to how to better respond to families and people who are experiencing crisis and get them the help they need and listen to help plug them in where they don’t take drastic measures against their lives,” said Cmdr. Dave Hughes of the CPD Wellness Bureau.

He said, in 2020, in Columbus alone, Columbus police officers responded to more than 22,000 mental health-related calls.