A star-studded kick-off to explain a program aimed at making sure Cleveland kids get healthy meals over the summer. 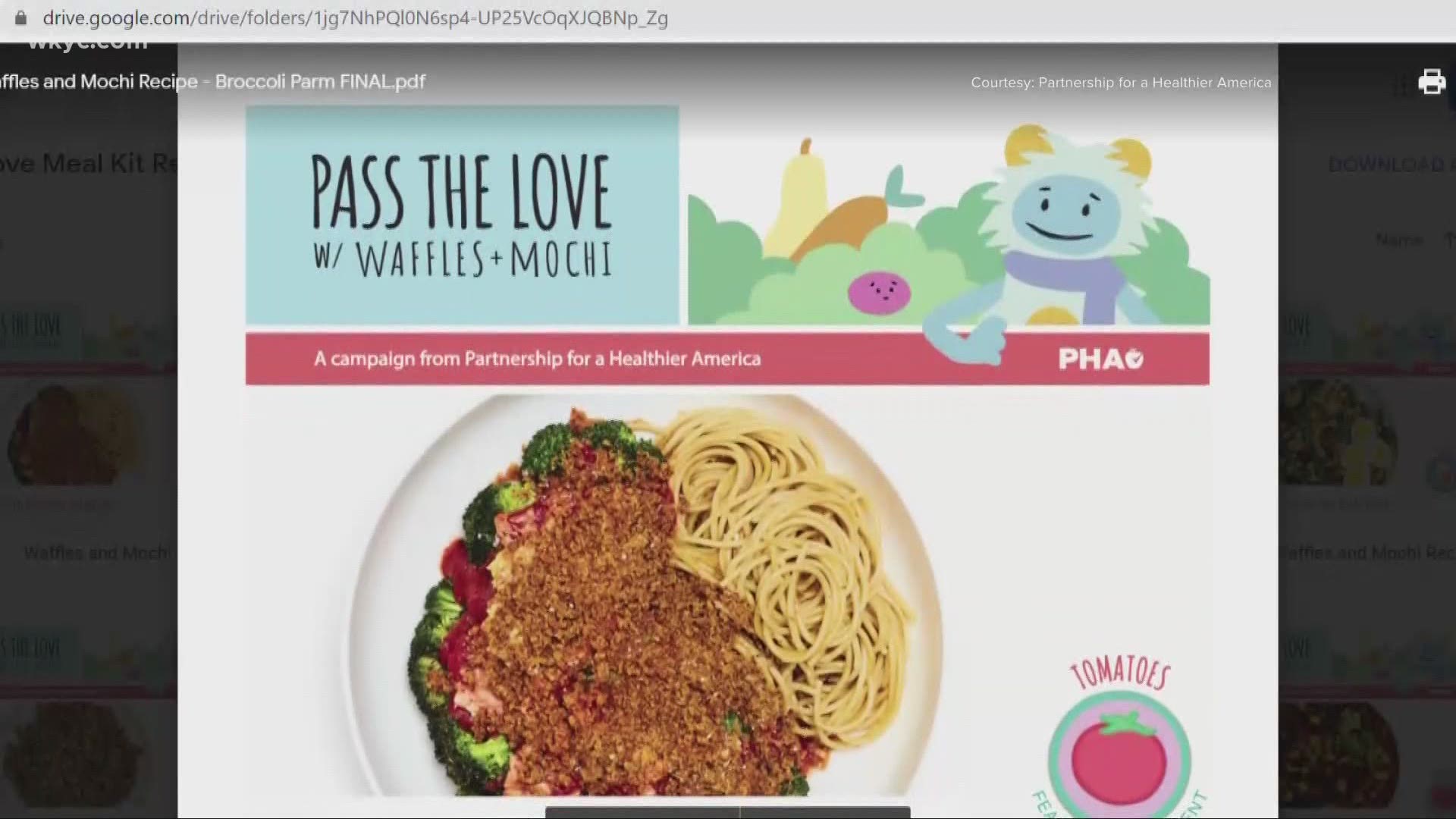 CLEVELAND — A virtual summit kicked off Wednesday to announce Cleveland and Atlanta as two cities that will each receive more than 100,000 meals to make sure local kids and families have access to healthy food.

Honorary chair of Partnership for a Healthier America (PHA) and former First lady Michelle Obama says it’s a worthwhile cause.

“We want to make sure that no matter where you live or no matter how tight your budget, you can access good food for your family,” says Mrs. Obama.

RELATED: Michelle Obama teaming up with Partnership for a Healthier America and Cleveland Schools' Eric Gordon to bring meals to 3,000 Northeast Ohio families

PHA also picked fun Netflix characters from the hit television program ‘Waffles and Mochi’ to help spread the word about the “Pass the Love” campaign.

Cleveland Metropolitan School District President and CEO Eric Gordon says Cleveland was chosen because of the work the city has done to bridge the food gap and lower the city’s poverty rates.

“Unfortunately, we have the single highest childhood poverty in the nation here in Cleveland. 51% of children in Cleveland live below the poverty line,” Gordon told 3News.

The new partnership will provide 144,000 meals and food kits that will be delivered to families whose students rely on the school system for two meals a day. It’s strategically just in time for summer break.

“Being able to bring these food boxes and resources to our community and engage students and families as the world is starting to open back up, I think the timing is really great,” says Gordon.

The goal is to make sure all students have fresh healthy food and a fun interactive experience.

“With recipes and activities that will make you laugh, help you learn and of course fill you up with delicious food,” says Mrs. Obama.

The new program is in addition to CMSD’s 40 food sites and ongoing partnerships with the USDA & Greater Cleveland Food Bank.

The food boxes will roll out over the next four weeks locally and the entire program will expand nationwide soon.