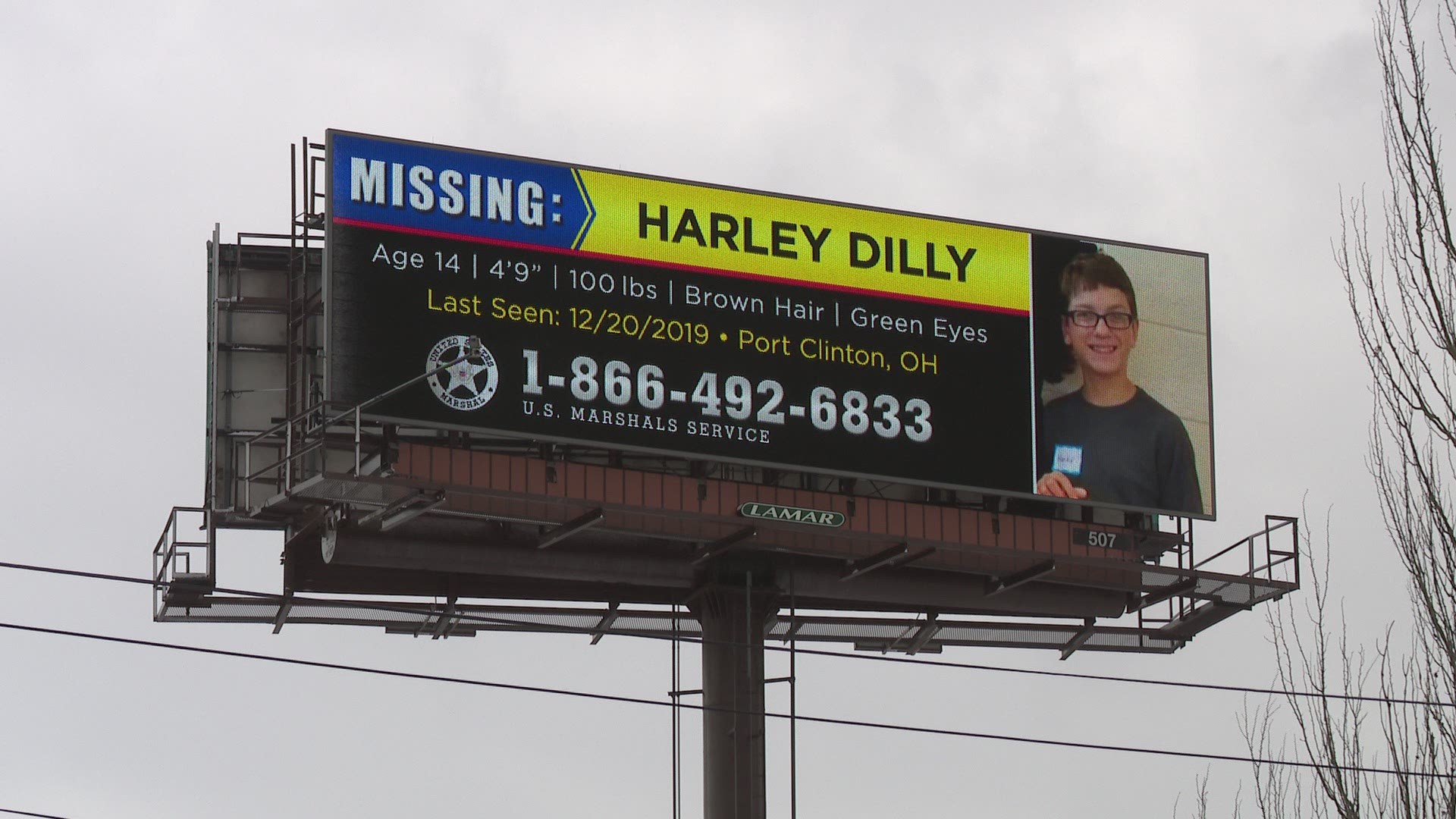 CLEVELAND — As the search for missing Port Clinton teen Harley Dilly continues, officials are still expanding their methods to reach people who might know where he is.

A picture of 14-year-old Harley is now showing up on a rotating digital billboard near Interstate 480 in Cleveland. The image also features a physical description as well as the phone number for the U.S. Marshals Service.

Dilly has not been seen since Dec. 20, after he left his home apparently headed to school. He never showed up, and while Police Chief Rob Hickman has said he is officially treating Harley's disappearance as a runaway, Det. Ronald Timmons told A&E's Live PD Saturday night that the boy has "a very particular schedule" and has not been active on any of his social media platforms. He added Harley could be in danger, and that officials believe he was not expecting to be outside for very long and was instead planning to meet with a still unknown person.

A reward for information leading to Dilly's location has reached $17,000, and billboard have also gone up in the Toledo area. Anyone with such information is asked to immediately call the U.S. Marshals at (866) 492-6833.