The $1 billion comes from a combination of savings through a reduced workforce and frozen state spending, along with an increase in federal Medicaid dollars. 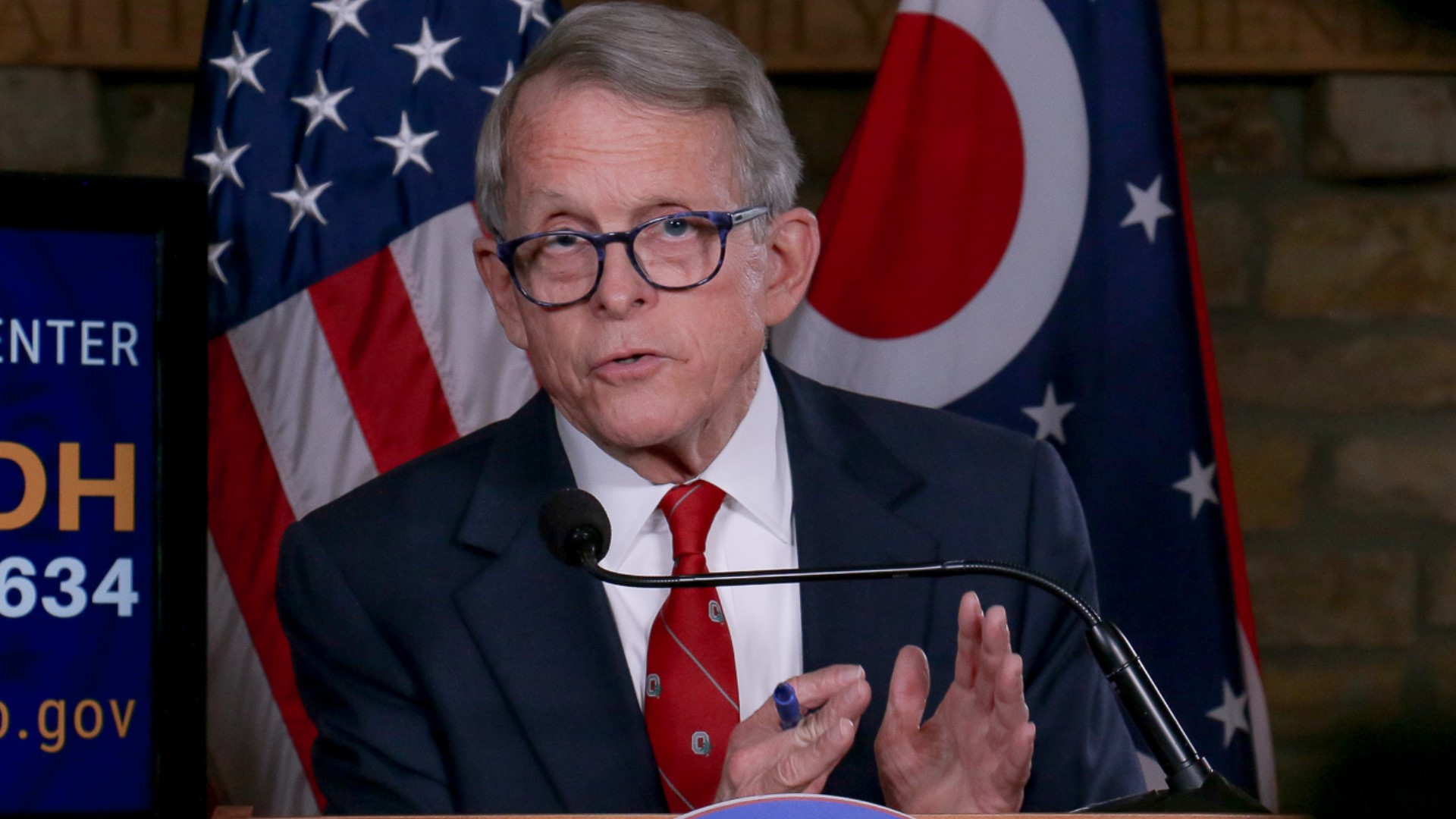 COLUMBUS, Ohio — Small businesses and local communities would receive hundreds of millions of dollars to help with recovery from the coronavirus pandemic under a $1 billion initiative announced by Ohio Gov. Mike DeWine that also includes aggressive marketing of Ohio as a place to work and live.

The small business aid includes $20 million for businesses that opened only last year and missed out on pandemic aid dollars, $40 million for indoor entertainment venues and $200 million in grants for bars and restaurants.

Pandemic help for communities includes $200 million in local infrastructure projects and $250 million to boost broadband access for Ohioans who lack it.

“We have a unique opportunity to make significant investments that will spur growth and economic renewal across the state,” DeWine said of the “Investing in Ohio Initiative."

The plan also includes spending $50 million on promotion of the state as a place where people can move to, work and raise their families.

That money will help “tell a national audience about Ohio’s excellent career opportunities, top-tier colleges and universities, amazing getaways, and the inviting communities we have for people to call home,” DeWine said.

The $1 billion comes from a combination of savings through a reduced workforce and frozen state spending, and the temporary availability of increased federal dollars. It’s meant as a one-time investment only, the governor said.

DeWine unveiled the initiative as part of Ohio's two-year, $75 billion budget for the business year beginning in July. The governor's plan increases state spending 3.4% the first year and 11% the second.

The $1 billion plan signaled that recovery from the pandemic was expected to be a key theme of the budget plan. For example, the proposal boosts money for public health programs and particularly the ability to improve data collection, DeWine said.

“Public health has been underfunded in this country for generations,” the governor said. “If there’s a lesson from this pandemic — and I guess there’s a lot of lessons — one of the lessons certainly should be is we can no longer afford to do that, if we ever could.”

State spending on K-12 schools rises 3.2% next year and drops 0.4% the following year. The governor said he deliberately didn't propose a new school funding method in expectation of a new funding plan coming later this year from Republican lawmakers.

The budget plan also boosts spending on local governments and public libraries. It does not tap the state's rainy day fund, currently at about $2.69 billion.

Last month, DeWine ordered $390 million across-the-board budget cuts for the rest of the fiscal year, citing the ongoing economic impact of the coronavirus pandemic. But DeWine also released $260 million for schools and universities, noting the revenue shortfall this year wasn't as bad as last year.

Increased tax revenue available for the budget reflects pandemic-driven spending on taxable goods — everything from exercise equipment to home office furniture — that came at the expense of decreased spending on non-taxable services such as haircuts and tennis lessons, said State Budget Director Kimberly Murnieks.

“We’ve got small towns with conservative values, we’ve got some cities with progressive values,” Husted said. “All across the scope, Ohio is a place where no matter what you want, we’ve got it.

The two-year budget pays for a vast chunk of Ohio government programs, from funding for schools and universities, the cost of running parks and prisons, and the price tag of Medicaid, the joint state-federal health care system for poor children and families.

House lawmakers will consider the plan first and produce their own proposal. The Senate comes next, and a final plan approved by the House, Senate and DeWine must be signed into law by July 1.