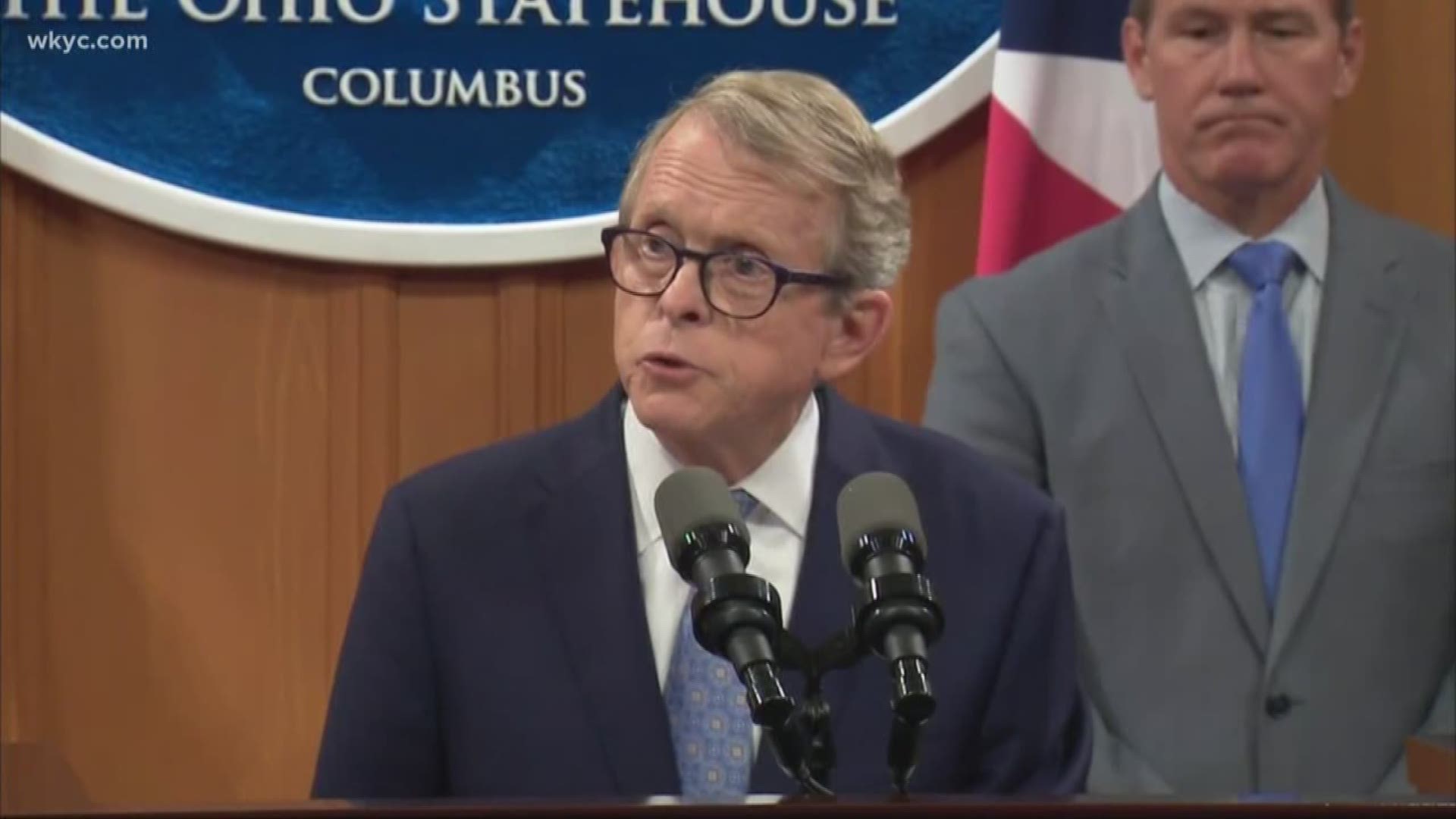 The announcement was another component of DeWine's "STRONG Ohio" plan to reduce weapon violence while increasing mental health treatment options.

DeWine's plans come just weeks after nine people were killed in a mass shooting in Dayton, where DeWine was met with chants of "Do something!" from the crowd as he spoke during a vigil remembering the victims.

RELATED: 'Do something!' | Crowd drowns out Ohio Gov. Mike DeWine's speech at vigil honoring those killed in Dayton mass shooting

DeWine followed up by saying, "Everything is on the table" regarding potential changes to state gun laws.

Back in April, DeWine already had put something on the table, a version of what other states call a "Red Flag" law. These laws permit police or family members to petition a court to remove guns from people they believe could harm themselves or others.

Wednesday's remarks focused largely on doing a better job of detecting when people who have outstanding warrants or issues that should prohibit them from buying a gun. According to DeWine, there is currently no law in Ohio providing outstanding warrants for violent crimes or protection orders to be put into the registry system, and the federal mechanism is behind the times on this issue.

DeWine added that the Dayton shooter's background check "came back clean" despite multiple reports of mental health issues following the attack. He says the issue is affecting thousands of gun checks in Ohio alone, and that the new program would even extend across state lines.