After telling Russ Mitchell Wednesday that 'history will decide who is responsible' for the Capitol riot, Gov. DeWine sharpens his criticism of Trump a day later. 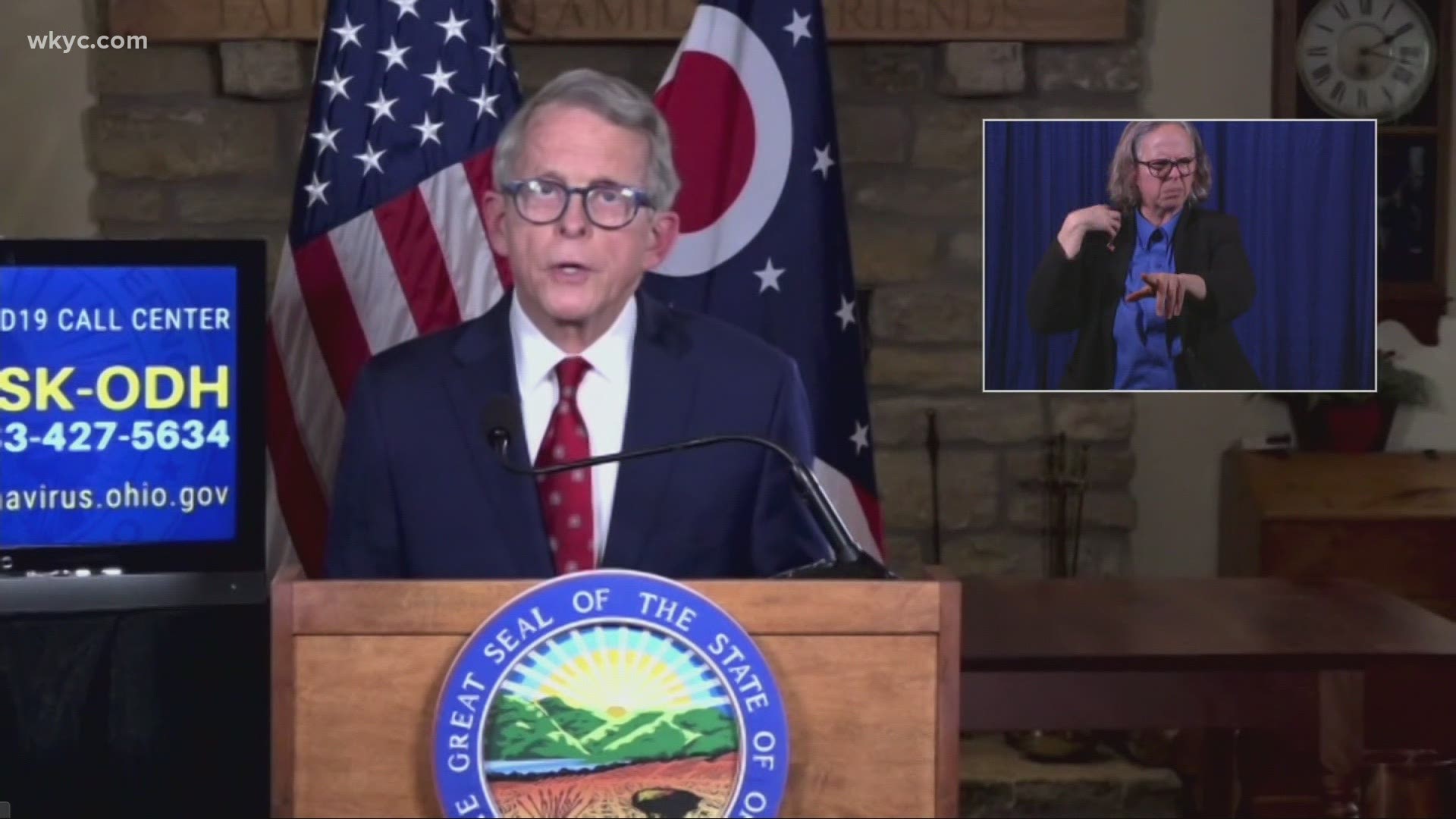 CLEVELAND — Ohio Governor Mike DeWine was front and center at his home in Cedarville on Thursday for his COVID-19 media briefing.

DeWine was asked questions about Wednesday's violence at the U.S. Capitol during the Electoral College certification. Twenty four hours after the pro-Trump protests, the governor's responses show his criticism of President Donald Trump's role in the unrest is now deeper and more pointed.

Stating that Trump 'poured gas on the fire' ahead of the occupation of the U.S. Capitol, DeWine strongly criticized the man whose campaign he co-chaired in Ohio in 2020.

"The president’s continued refusal to accept the election results, without producing any credible evidence of a rigged election, “has started a fire that has threatened to burn down our democracy,” DeWine said during the briefing. “This incendiary speech yesterday, the one he gave preceding the march that he gave to the protesters, served only to fan those flames, encouraging the mob behavior that ensued,” DeWine said.

DeWine's words about Trump on Thursday were noticeably stronger and more defined than those he had used just the day before.

On Wednesday evening, the governor joined 3News' Russ Mitchell on wkyc.com for a conversation about the events in Washington. At the time, DeWine was hesitant to place blame for the incident on Trump's shoulders, stating, "History will decide who is responsible."

MORE: Gov. Mike DeWine to 3News on President Trump's message following chaos at Capitol: 'It would have been better if it was just a call to go home'

This is a stark contrast from yesterday, when I interviewed the Governor.
Me: "How responsible is President Trump for what happened today?"
DeWine: "History will decide who is responsible."@wkyc https://t.co/DNW2m11vhw

During his remarks Thursday, DeWine spent 10 minutes denouncing the invasion of the Capitol before he first mentioned the president. He also refused to criticize the five Ohio Republican congressmen who challenged Biden’s election, saying only, “that would not have been my vote.”

DeWine also stated that he is opposed to the idea of invoking the 25th Amendment and removing President Trump from office prior to Inauguration Day on January 20.