The first of five weekly winners will be revealed on May 26. 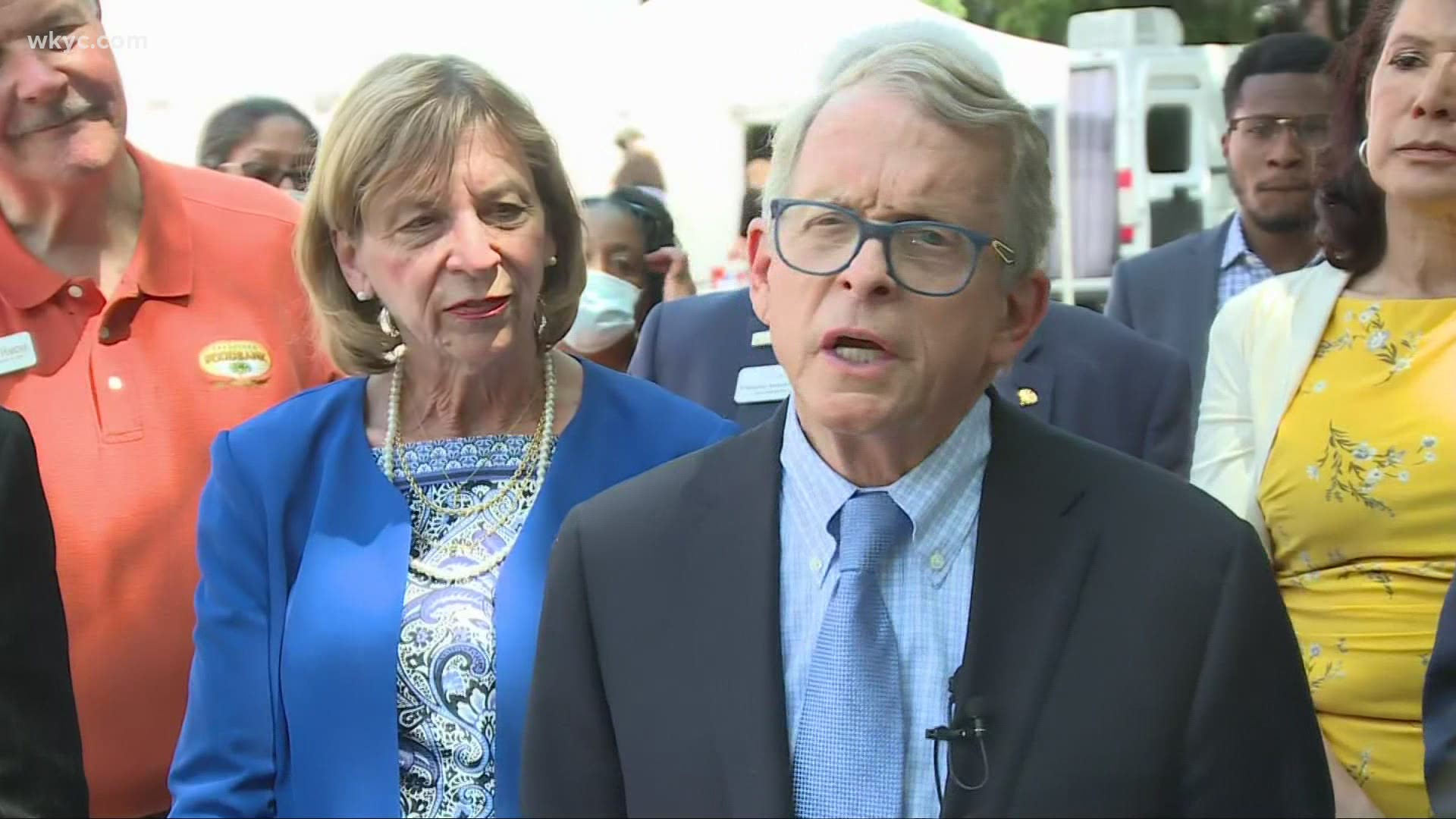 CINCINNATI — Gov. Mike DeWine was back in front of the cameras on Friday as he toured one of the state's COVID-19 vaccination sites.

DeWine visited the COVID-19 vaccination clinic at the Cincinnati African American Chamber of Commerce, then spoke with the media afterwards.

The governor's visit to Cincinnati comes as his COVID lottery vaccine incentive seems to be working to get more Ohioans vaccinated. Health officials say the state's vaccination rates are growing as the first $1 million Vax-a-Million drawing quickly approaches.

According to DeWine, the state is reporting that 46,000 Ohioans had received their first doses of the vaccine in the last 24 hours. "It's been a long time since we've seen over 40,000," noted the governor, who added that not all of the vaccinations had occurred in the past day.

DeWine also reported that Ohio has seen a 45% increase in its vaccination rate in the period between May 14-19 as compared to the previous week.

"Since we came out with the Vax-a-Million, we've seen a dramatic change in the number of people getting vaccinated in Ohio," said DeWine. "Quite candidly, the numbers had taken a significant drop when the Johnson & Johnson vaccine was taken off of the market."

Federal health officials recommended a pause on the Johnson & Johnson vaccine on April 13, after several cases of blood clots were reported. The pause was removed 11 days later.

The Ohio Department of Health reports that more than 1 million people have already entered Ohio's COVID vaccine lottery. In case you missed it, Ohioans who have received at least one dose of a COVID vaccine can enter to win $1 million HERE. The first of five weekly winners will be revealed on May 26.

“After the announcement (about Vax-a-Million), our preliminary data shows that more than 113,000 Ohioans have received their first dose of COVID-19 vaccines," said ODH Director Dr. Stephanie McCloud earlier this week.

DeWine lifted the state's mask order for fully vaccinated citizens Monday following guidance from the CDC, and effective June 2, all restrictions will be lifted in the state.

As of Thursday, there's still high exposure across the state, with 17 counties (nine in Northeast Ohio) still at Level 3 "red," which indicates "very high exposure and spread" and calls on individuals to "limit activities as much as possible." Summit County is one of those still in the red zone, but there's no longer a mask order in place for most public places.

You can watch Gov. DeWine's comments from Cincinnati below: