Ohio has long history with militias; 2020 saw a surge in activity 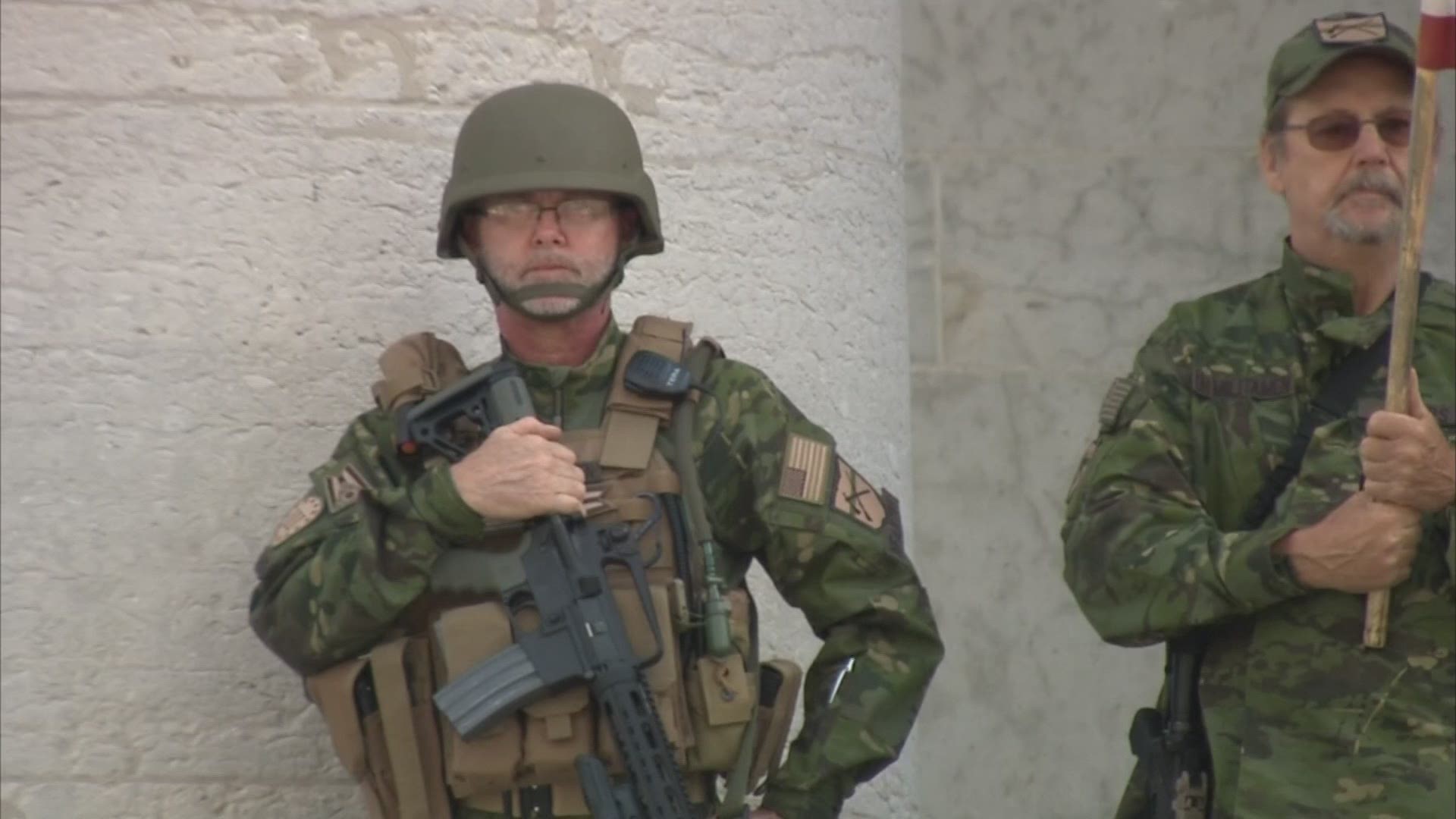 Militia groups are in the spotlight after the revelation of an alleged plot to kidnap the Michigan governor, storm the state capitol building and start a civil war.

Some of the men charged in that investigation have been tied to the militia group, Wolverine Watchmen.

Mark Pitcavage, a senior research fellow with the Anti-Defamation League’s Center on Extremism, has been studying such groups for a quarter century.

He points out that there are two types of militias – the generic term used for any armed paramilitary group and the anti-government extremist movement.

“The people arrested in Michigan were sort of militia in both senses of the word,” Pitcavage said. “They were a paramilitary group, they were also part of the militia movement. And the militia movement has been around in the United States since basically 1993, 1994, and has had a long track record of criminal activity, up to and including acts of terrorism.”

Pitcavage says there were four main factors leading militia groups to take root during the mid-1990s.

First, there was the deadly siege at Ruby Ridge and then the Waco standoff with the Branch Davidians. Also, during that time, two new federal gun control laws were passed – the Brady Law and the assault weapons ban.

“The combination of all those things, plus the election of Bill Clinton and NAFTA, a couple other little things, all sort of combined to cause this resurgence of anti-government extremism in the United States and the formation of, specifically of the militia movement,” Pitcavage said.

He also said Ohio was a pioneer when it came to early formation of the groups. And the state is still near the top of the list in known groups.

According to the Southern Poverty Law Center’s 2019 assessment, Ohio had 32 anti-government groups, with 13 considered militias.

“Here in Ohio, we’ve seen people, over the years, we’ve seen people involved with the militia movement assault and try to shoot police officers,” Pitcavage said. “We’ve seen them arrested on illegal weapons and explosives charges. We’ve seen some members being involved with terrorist plots, and that sort of thing has happened in a number of other states as well, including all of our neighbor states, every single one of our neighbor states.”

The U.S. Dept. of Homeland Security just released a Homeland Threat Assessment this month. It calls domestic violent extremism a threat to the country.

The primary terrorist threat inside the United States will stem from lone offenders and small cells of individuals, including Domestic Violent Extremists6 (DVEs) and foreign terrorist-inspired Homegrown Violent Extremists7 (HVEs). Some U.S.-based violent extremists have capitalized on increased social and political tensions in 2020, which will drive an elevated threat environment at least through early 2021. Violent extremists will continue to target individuals or institutions that represent symbols of their grievances, as well as grievances based on political affiliation or perceived policy positions.

The domestic situation surrounding the COVID-19 pandemic creates an environment that could accelerate some individuals’ mobilization to targeted violence or radicalization to terrorism. Social distancing may lead to social isolation, which is associated with depression, increased anxiety, and social alienation. Similarly, work disruptions, including unexpected unemployment and layoffs, can also increase risk factors associated with radicalization to violence and willingness to engage in acts of targeted violence.

• While ISIS and other Foreign Terrorist Organizations (FTOs) have called for attacks in the West using “all available means,” biologicalfocused attempts would likely involve crudely produced toxins and poisons. Similarly, during the COVID-19 outbreak, domestic extremists have called for the spread of the SARS-CoV-2 virus through unsophisticated means. While significant expertise and infrastructure limits the threat by low-level actors, even rudimentary actions can result in economically significant costs and incite fear without a corresponding risk to health.

“The militia movement is basically anti-government anger, plus conspiracy theories, plus guns,” Pitcavage said. “They have a lot of conspiracy theories about the federal government being in league with the New World Order to take people’s guns away so they’ll be rendered defenseless and will be absorbed as slaves into the New World Order. At least that’s for most of the history of the militia movement.”

In recent years, anger directed at the federal government shifted a bit, with the election of President Donald Trump.

“They were very excited when he won, but it also kind of affected them because it’s hard to be so against the federal government if someone you like is at the head of the federal government,” Pitcavage said. “So they’ve spent much of the past three or four years kind of looking for other enemies or other things to do. And, wow, 2020 kind of provided those.”

Pitcavage said many militia members were first upset by talk of new gun control laws at the beginning of the year. After that came the pandemic and lockdown orders and mask mandates.

“The militia movement was very much opposed to any of those restrictions and came out to protest,” he said. “In fact, one of the very anti-lockdown protests was organized by anti-government extremists right here in Central Ohio. We had the very first one.”

And while Pitcavage still calls the militia movement a fringe movement, adding that most members will not become violent, there is still reason for concern.

“It doesn’t take very many people intent on doing harm to cause a whole lot of misery for a community, and that’s why we are concerned about extremist violence,” he said.