The law is named for Tyler Jarrell, who died in 2017 after being thrown from a ride at the Ohio State Fair. 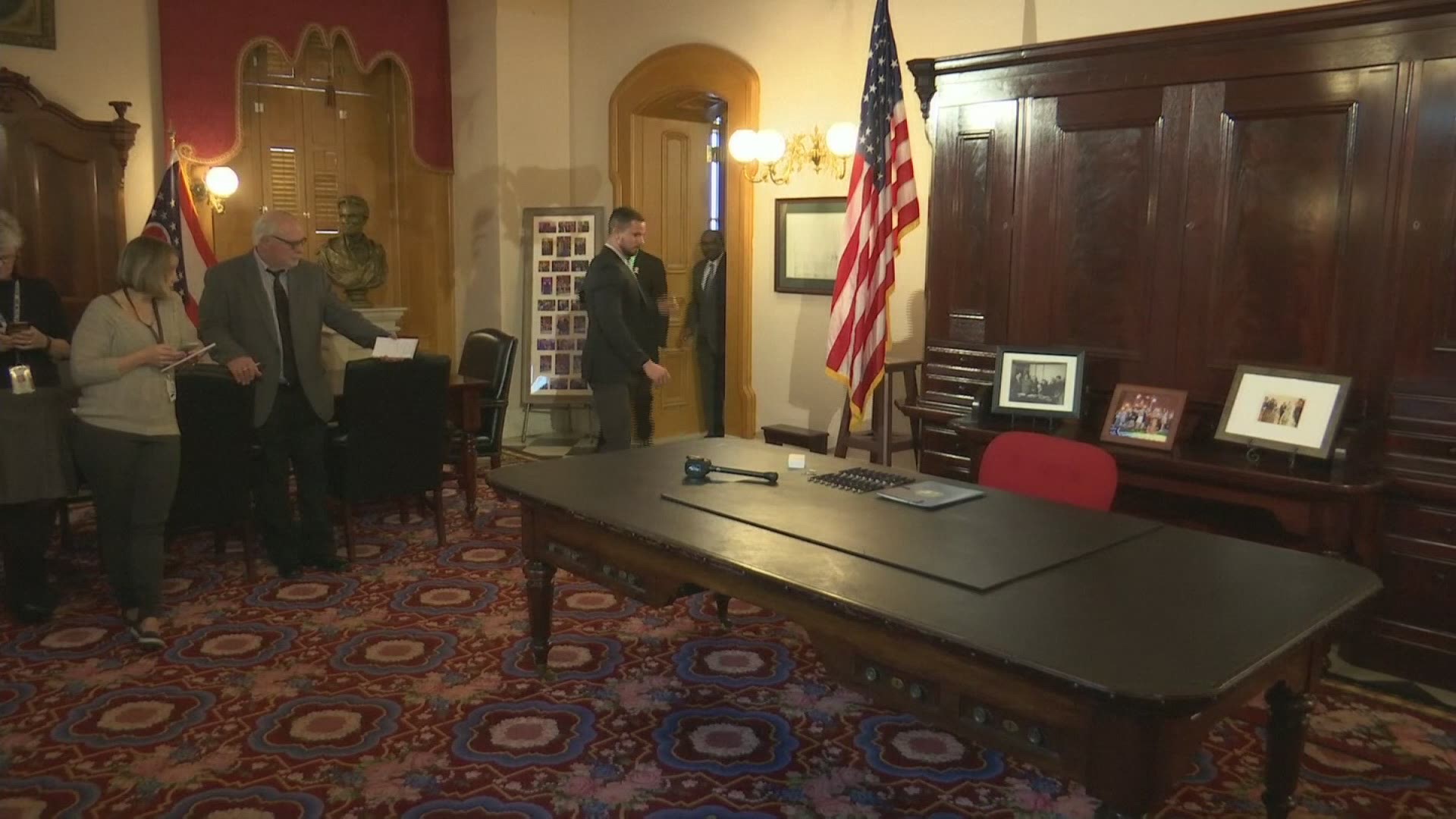 COLUMBUS, Ohio — Editor's Note: The above video is from Gov. DeWine's bill signing of Tyler's Law on November 6, 2019

As fairs and festivals begin to make their return to the Buckeye State, the Ohio Department of Agriculture (ODA) held a briefing on Thursday to highlight new changes to amusement ride safety that are now in effect due to Tyler's Law.

Tyler's Law is named for Tyler Jarrell, who died in 2017 after being thrown from a ride at the Ohio State Fair. The law, which made several improvements to the ride inspection process, was signed by Gov. Mike DeWine on November 6, 2019 and went into effect exactly one year later.

“Nothing is more important than the health and safety of Ohioans,” said ODA Director Dorothy Pelanda during Thursday's briefing. “At the Ohio Department of Agriculture, our duties don’t just include safe and wholesome food, meat, milk and the protection of Ohio’s livestock, crops and plants; they also extend into the safety of Ohio’s amusement rides.”

Pelanda was joined at the briefing by ODA Chief of Amusement Rides & Safety David Miran, ODA Ride Inspector Ron Dean, and Albanese Amusement & Entertainment Rentals Owner Michael Albanese to discuss the new regulations and how they will better protect those who enjoy rides at carnivals, fairs, festivals, and amusement parks.

“Ohio is setting the standard for amusement rides rules and regulations,” said Mr. Miran. “These rules have ride owners keeping strict records for each piece of equipment they own, while also ensuring each ride receives a thorough inspection, giving everyone, from the owners to the riders, a safer experience.”

Tyler’s mother, Amber Duffield, also attended the presentation. "I'm getting a firsthand look to see in person what we worked so hard to accomplish on paper," she said.

The rules also establish the minimum number of times a ride must be inspected each year, as well as the number of inspectors that must perform that inspection.

You can read more about Tyler’s Law here. You can also watch the ODA's Tyler's Law training video below: