The Ohio House has approved an amendment that would limit any order issued by Ohio Department of Health Director Dr. Amy Acton to 14 days. 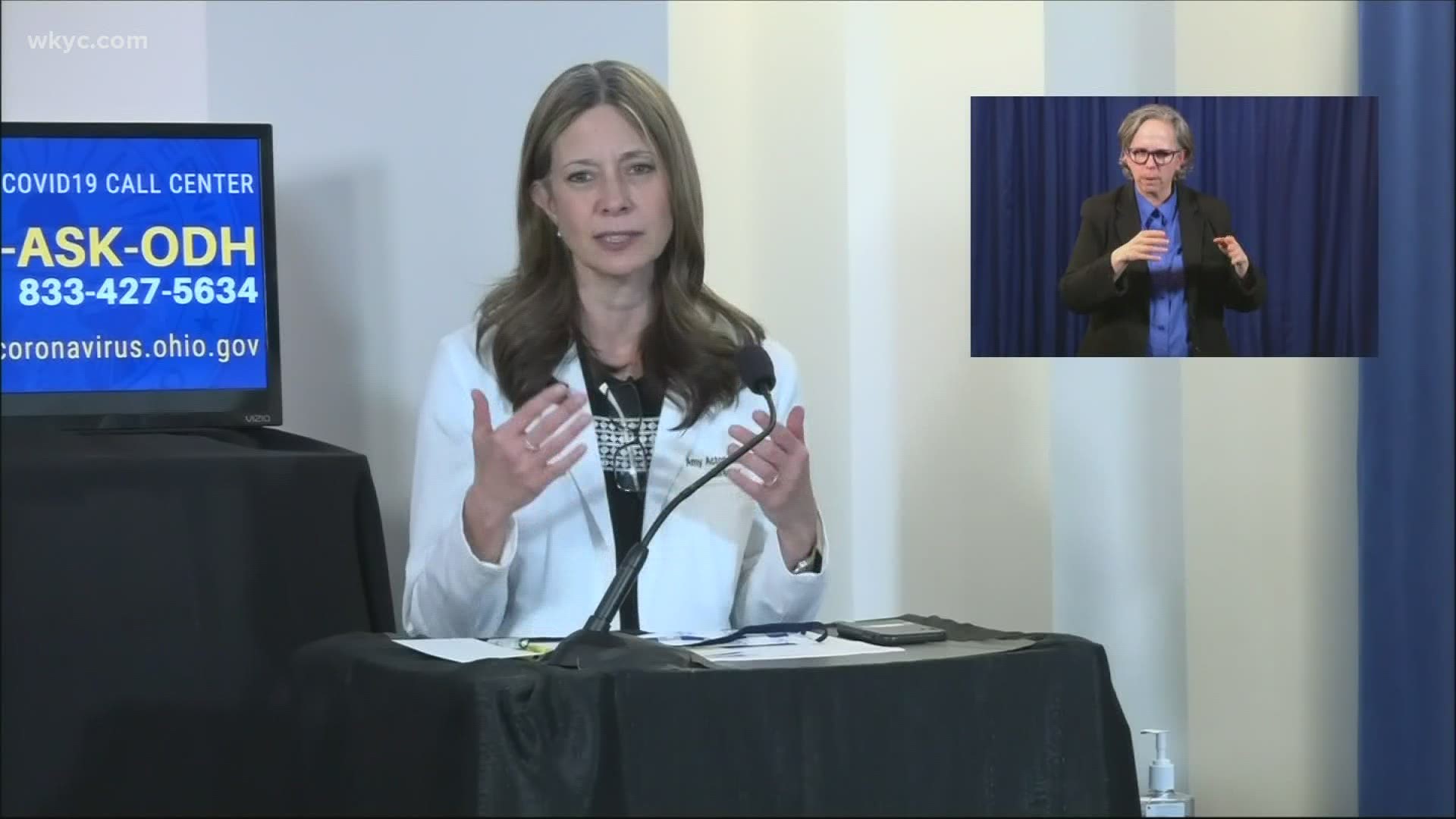 The Ohio House has passed has an amendment that would limit the power of the Ohio Department of Health Director Dr. Amy Acton.

Proposed by Republican lawmakers, the amended version of Senate Bill 1 would limit any stay-at-home order issued by the Ohio Department of Health to 14 days. Should the Ohio Department of Health want to extend the order, it would need to be approved by an existing bipartisan committee called the Joint Committee on Agency Rule Review, which consists of five representatives and five senators. That committee would then decide how long the order would be extended until, if at all.

After passing in committee on Wednesday morning, the amendment was then approved in the Ohio House later in the day, with 58 yea votes, 37 nay votes and 3 non-votes. It will now go to the Ohio Senate for approval.

Not long after the bill the House, Gov. Mike DeWine's office confirmed to 3News he would veto the legislation should it clear the Senate and reach his desk. The governor released the following statement:

"My administration is focused on the important things we need to do to help businesses responsibly reopen while protecting Ohioans' health and safety. This week alone, this included increasing coronavirus testing and tracing, balancing Ohio's budget, and working on plans to move Ohio's economy forward. Ohioans need their legislators focused on these important issues. Creating more uncertainty regarding public health and employee safety is the last thing we need as we work to restore consumer confidence in Ohio's economy."

On March 23, a stay-at-home order in the state went into effect in an attempt to stem the spread of the coronavirus (COVID-19). Last week, Acton extended the stay-at-home order -- now known as a "Stay Safe Ohio" order until May 29, although exceptions have been made for businesses allowed to reopen as the state begins the process of reopening its economy.

Over the course of the last two months, both Acton and DeWine have faced pushback from Republicans who want the state to take a more expansive approach to re-opening businesses. Earlier this week, DeWine, a Republican, said that he is ultimately the person responsible for making such decisions.

By passing 58-37, SB 1 is just short of the three-thirds majority needed to override any veto from the governor's office.

RELATED: New York Times column calls Dr. Amy Acton 'the leader we wish we all had'