The amendment was voted down by the Republican-led chamber. 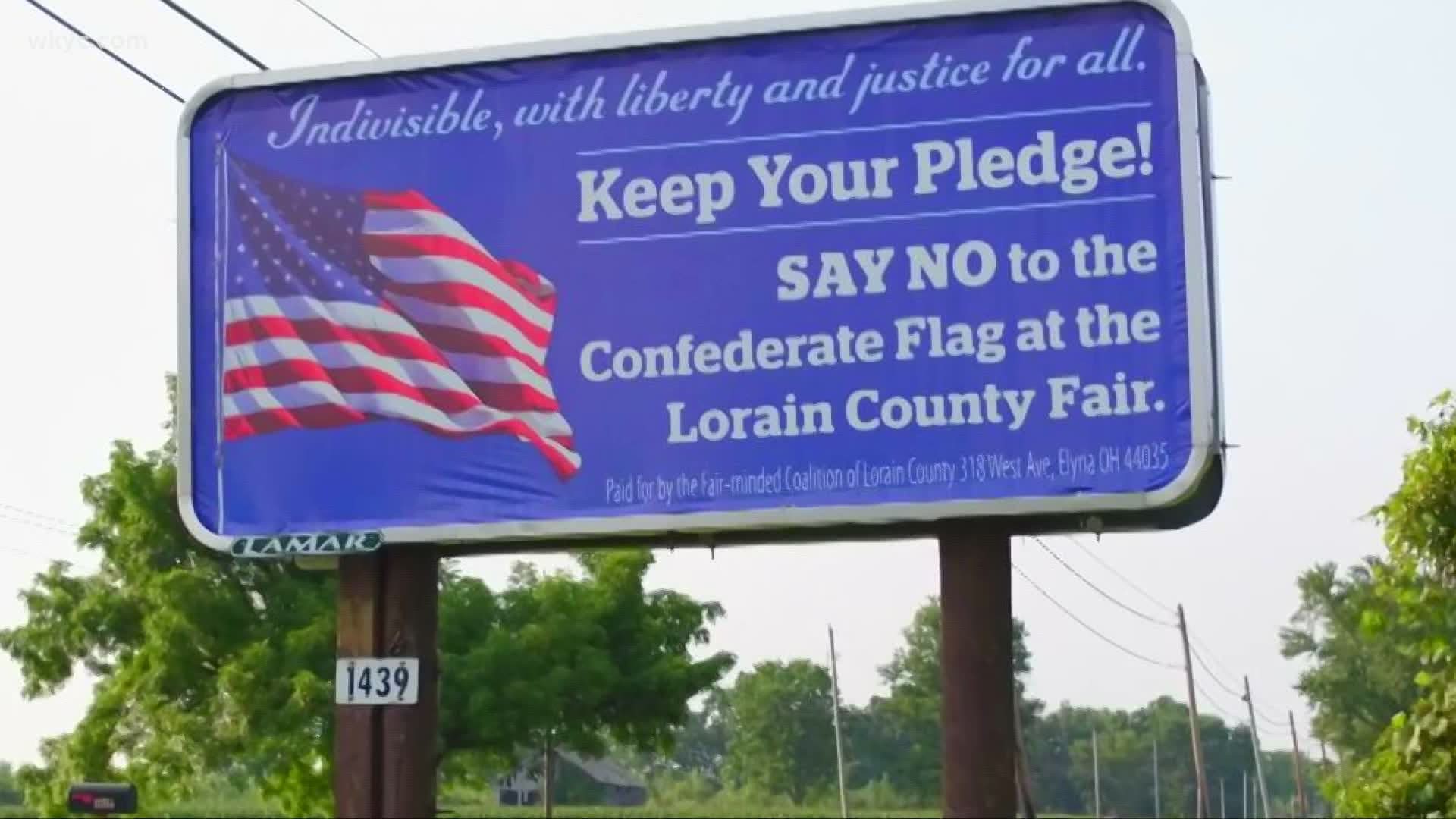 COLUMBUS, Ohio — On the same day NASCAR made the call to ban the Confederate flag at its events, Ohio lawmakers rejected a proposal to prohibit the flag at the state's county fairs.

12th district Rep. Juanita Brent (D-Cleveland) proposed the idea Wednesday in an amendment to House Bill 665, which overall is meant to address fair funding, amusement ride safety, and other agricultural issues. Brent made a point that Ohio was never even a part of the Confederacy, but the Republican-led House rejected the measure mostly along party lines.

Brent issued the following statement after the vote:

"The Confederate flag is a banner of white supremacy and a reminder of our nation’s original sin of slavery. That Republicans in the Ohio House cannot bring themselves to vote to condemn and prohibit these displays of white supremacy and outright racism at our local and county exhibitions—the places where we go to celebrate the best of Ohio—is a real shame, and a black eye on this institution. If you don’t stand up to white supremacists, you stand with them."

GOP members of the General Assembly claimed the idea would've been a violation of the First Amendment, and proposed each fair board make its own decision. The sale of the flag at some fairs has long been a point of contention among Ohioans, particularly in Lorain County.

"Ohio was a part of the Union. The failure to oppose a symbol of treason is absurd. The symbolism that the Confederate flag represents is racism and oppression of Black and indigenous people. The Republican-led legislature should not be using taxpayer funds to promote hate and treason. Ohioans deserve better. The fact that Republicans are unwilling to listen to the diverse voices of Ohioans requesting to respect Black lives goes to show the disconnect between what the people want, and what the Republican-led legislature is willing to do."

The Ohio State Fair banned the sale of Confederate flag merchandise in 2015. Brent also proposed a similar amendment that would've cut funding to all county and independent fair selling such merchandise, but that measure was tabled as well.