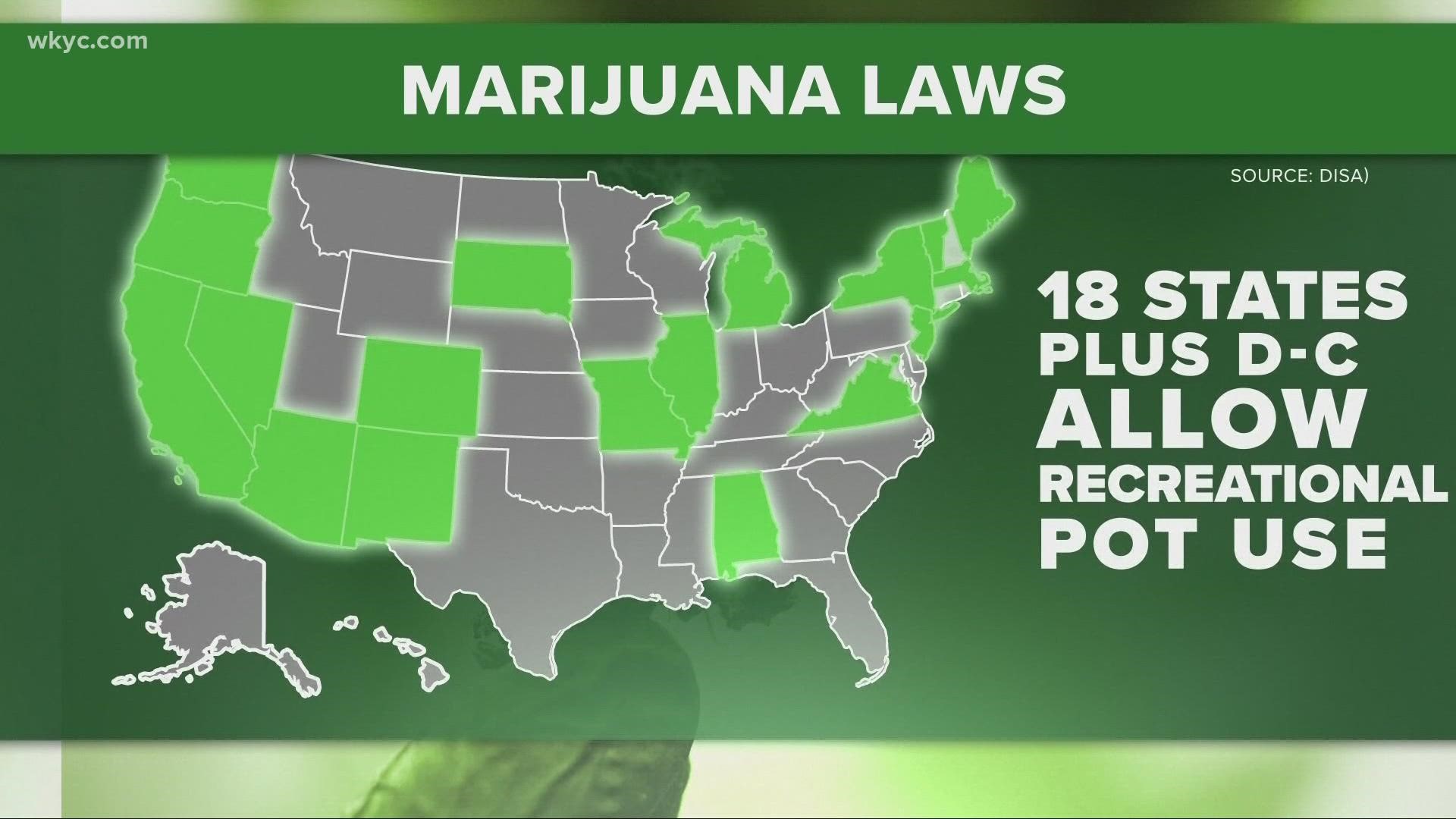 COLUMBUS, Ohio — There’s yet another push to make the recreational use of marijuana legal in Ohio. And this attempt is coming from a pair of Republicans, including one from Lake County.

On Tuesday, Representative Jamie Callender from Concord held a press conference to announce plans for new marijuana legislation. It's separate, but similar, to a proposal introduced by Democrats back in July.

The bill would be an expansion of the medical marijuana program that exists in the state. That means the current cultivators, processors, and retail locations would be grandfathered in to sell recreational product while also adding additional licenses to deal with increased demand. Recreation users must be 21 and older and have to pay an additional 10% tax that would be used to bolster the state's general fund and provide law enforcement with new equipment.

The new legislation would also allow for users to grow up to six plants at home with two blooming at a time. The push to legalize recreational use is growing, but Callender admits it’s still an uphill battle.

"We’re showing that there is a breadth of majority party support in this. There’s a couple of folks in the Senate, I’m not sure if they’ll do a companion bill or not," Callender says. "The priority is to have the votes to pass it. I’d love to have a veto-proof majority. I’m not sure we will."

Governor Mike DeWine is one of the people that legislators would have to win over to make this work. So far, he has not supported legalization of recreational use of marijuana.

That’s not saying it’s impossible, especially considering that 18 other states have already legalized recreational use and there’s talk of changing the rules at the federal level. Lawmakers, in this case, are trying to get ahead of the movement.

Ohio's medical marijuana program was legalized in 2016 and implemented in 2019. Earlier this year, the Ohio Board of Pharmacy voted to make 73 dispensary licenses available in addition to the 52 dispensaries currently operating. The board also approved adding arthritis, chronic migraines and complex regional pain syndrome to the categories for purchasing medical marijuana.

In addition to the legislation being announced Tuesday, a separate ballot issue to legalize marijuana use and sales in Ohio is underway.

The proposed statute from the Coalition to Regulate Marijuana Like Alcohol as a single issue would make it legal for adults 21 and older to buy and possess 2.5 ounces (71 grams) of marijuana and grow as many as six plants inside their homes.

Editor's Note: The below video features previous reporting on this story