At no cost to him, Andrew Beattie took materials from around his house and turned them into a socially distanced candy-delivering operation. 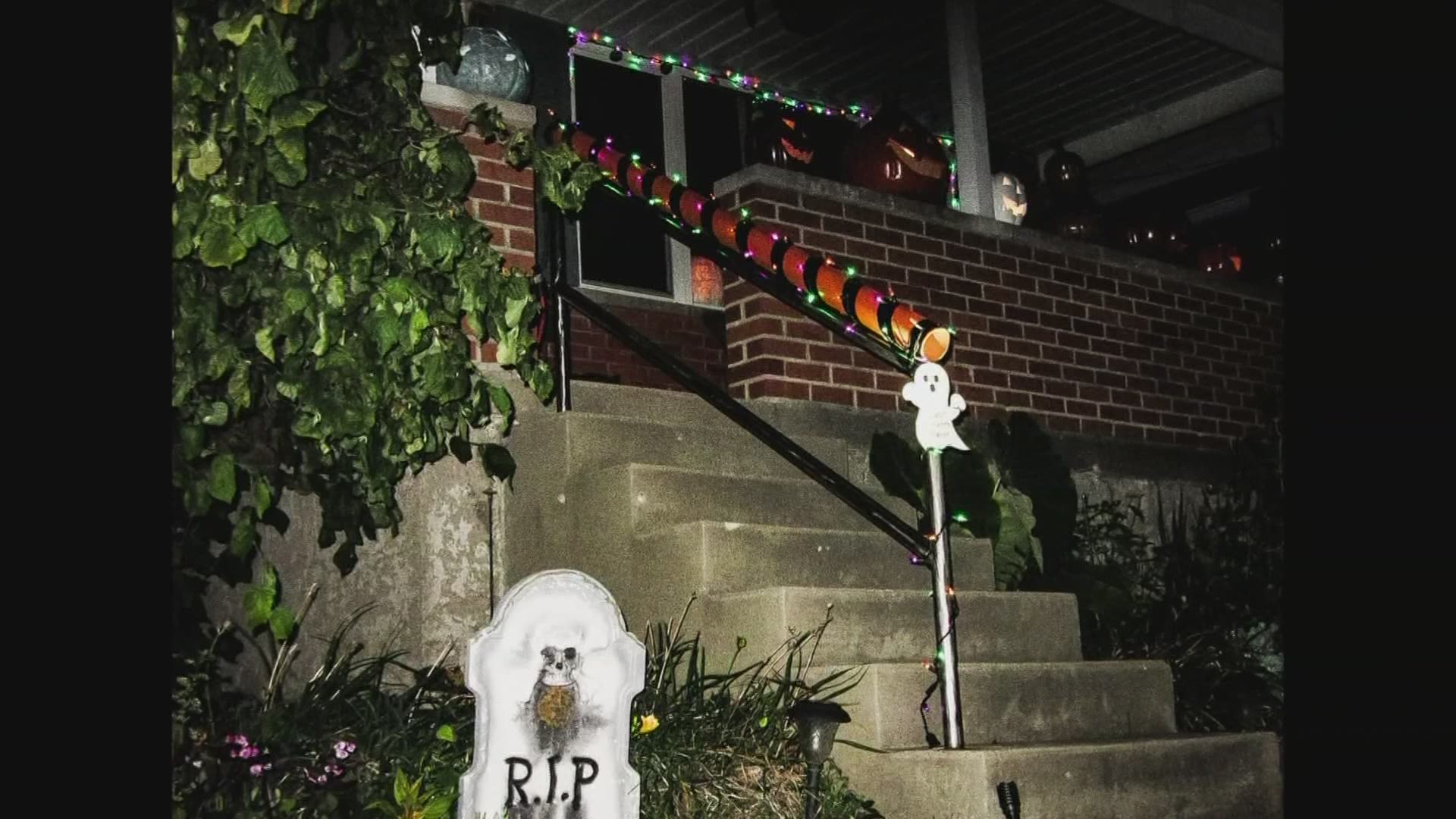 DELHI, Ohio — Much like the rest of 2020, there’s a big question mark beside this year’s trick-or-treating.

Some places are considering no trick-or-treating at all while those that are allowing it are begging participants of beggars night to wear masks, wear gloves while handing out candy outside of the house and not to reach directly into the bowl.

“It’s just always been something that I’ve been passionate about,” Andrew Beattie said.

Special effects, the horror genre and creepy, suspenseful things are what Beattie has always been into. It’s his love of Halloween that just might have lead to the best pandemic idea in 2020.

“I’ve been wanting to do something similar to it for a while just to help people with mobility issues,” he said. “And, again, like I said, with having an immune deficiency, myself, it’s a good idea especially that time of year when people are getting colds and things to have that little extra distance there. Just a little common sense.”

With Halloween coming during a pandemic, he says now was the time.

He grabbed a six-by-four shipping tube, spray painted it orange and added duct tape. There it was; his own candy chute stretching from the guard rail from the front porch to the sidewalk. He posted his creation to Facebook.

“And right after that it just started taking off,” he said.

A sign tells trick-or-treaters where to place their bag or bucket to ensure no hand-to-hand exchanges. All the candy will be factory-sealed until it’s opened outside. Beattie also plans to wear a mask and change gloves frequently.

“Even if [some people] are completely comfortable with where things are right now, [there are] a lot of people that aren’t and I think if they can see people doing things like this it can give them a little bit of grace that it might encourage more people to get involved and get out there and get us back to looking the way we want to look,” Beattie said.

It’s the only way he says to get rid of that question mark and help to end 2020 with an exclamation point of positivity.