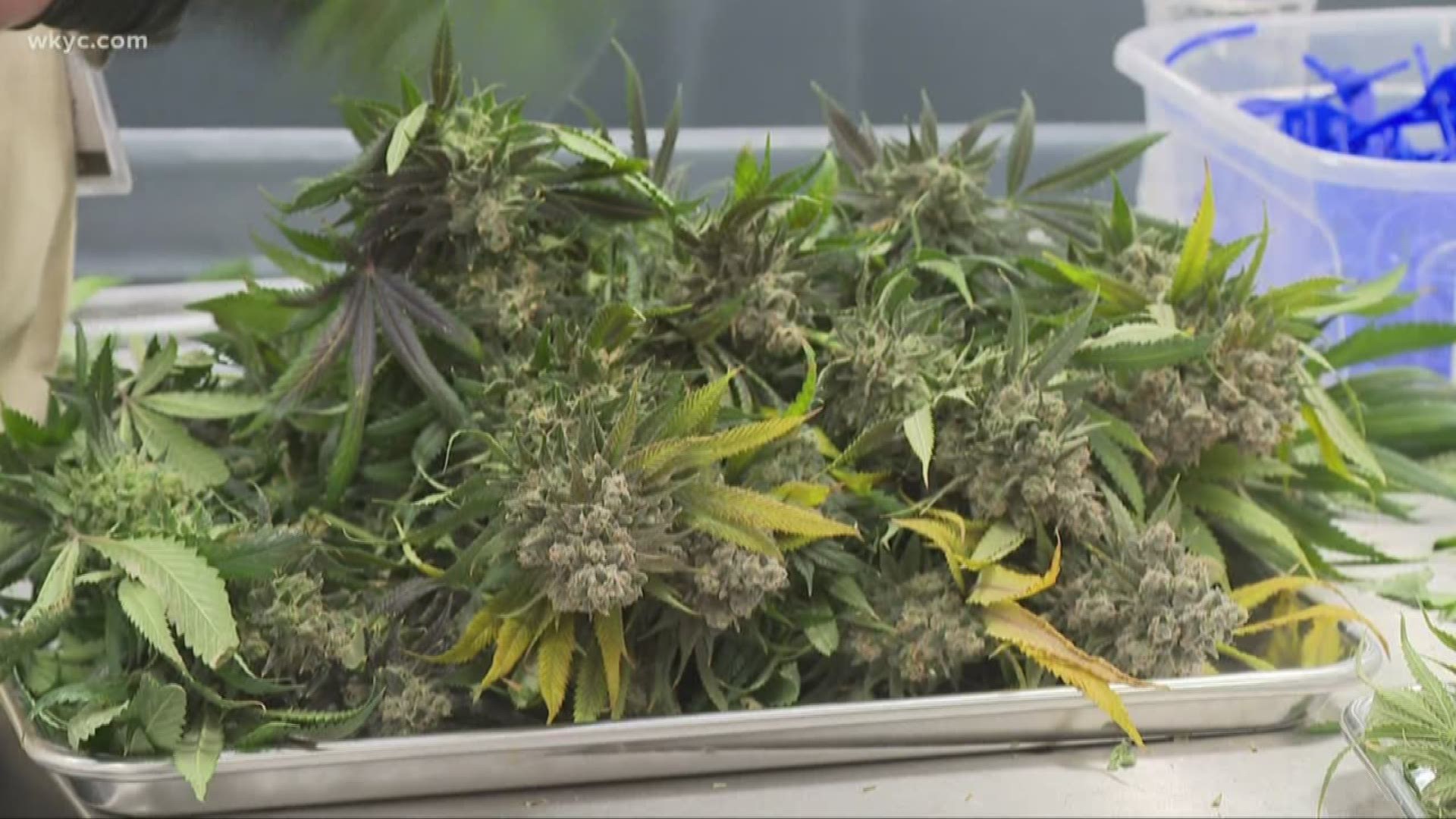 CLEVELAND — In a 25,000 square-foot building in Middlefield, there’s state-of-the-art kitchen that includes a massive gas range and gleaming stainless-steel counters.But it’s not part of a new restaurant.

It represents expectation in the medical marijuana industry in Ohio, which turns one today.

The kitchen is part of Greenleaf Apothecaries’ marijuana processing facility under construction. (It also includes thousands of additional square-feet for cultivation.) Here, the company will turn medical marijuana plants into cookies and candies and oil-based products.

Legal sales of marijuana began one year ago in Ohio – but only for people with certain medical conditions backed by a doctor.

"We were fortunate enough that our Canton dispensary was open on the first day of the program, and we got to see patients on day one,” Greenleaf President Kate Nelson said. “Four hundred people in the parking lot on a snowy January day. There was some hiccups and I believe we only had plant materials and now we have all the products allowed by Ohio law on the shelves."

Greenleaf operates dispensaries in Akron, Canton, Cleveland, Columbus and Wickliffe. Nelson said the new cultivation and processing plant will feed those dispensaries. It's expected to be fully operational by year's end.

Since January 2019, nearly 57,000 people have purchased a product containing THC or CBD, the active ingredients in cannabis plants.

Though sales of edibles and oils have topped $60 million, the growth of the highly-regulated medical marijuana industry has been slower than some companies had hoped. (The state has awarded licenses to 44 of 57 dispensaries in line.)

But if Greenleaf’s processing plant is any indication, investors see the industry as a profitable one.

"Greenleaf started on New Year's Eve four years ago on my kitchen table,” Nelson said. “Originally, it was just a vision for a cultivation facility and expanded to a processing facility, which is where we are today."

She and others in the industry are also banking on changing attitudes to fuel growth.

"So, there is definitely a stigma around medical cannabis and as operators we are trying to normalize that so patients understand you can talk to your doctor about that,” she said.

"When the program started people worried that this would be like the western states,” she said. “That people would be smoking pot on street corners and that there would be billboards all over advertising marijuana and children would gain access to it. What we have shown is that this has not happened."