One man is charged for allegedly stealing a coat rack from the U.S. Capitol. 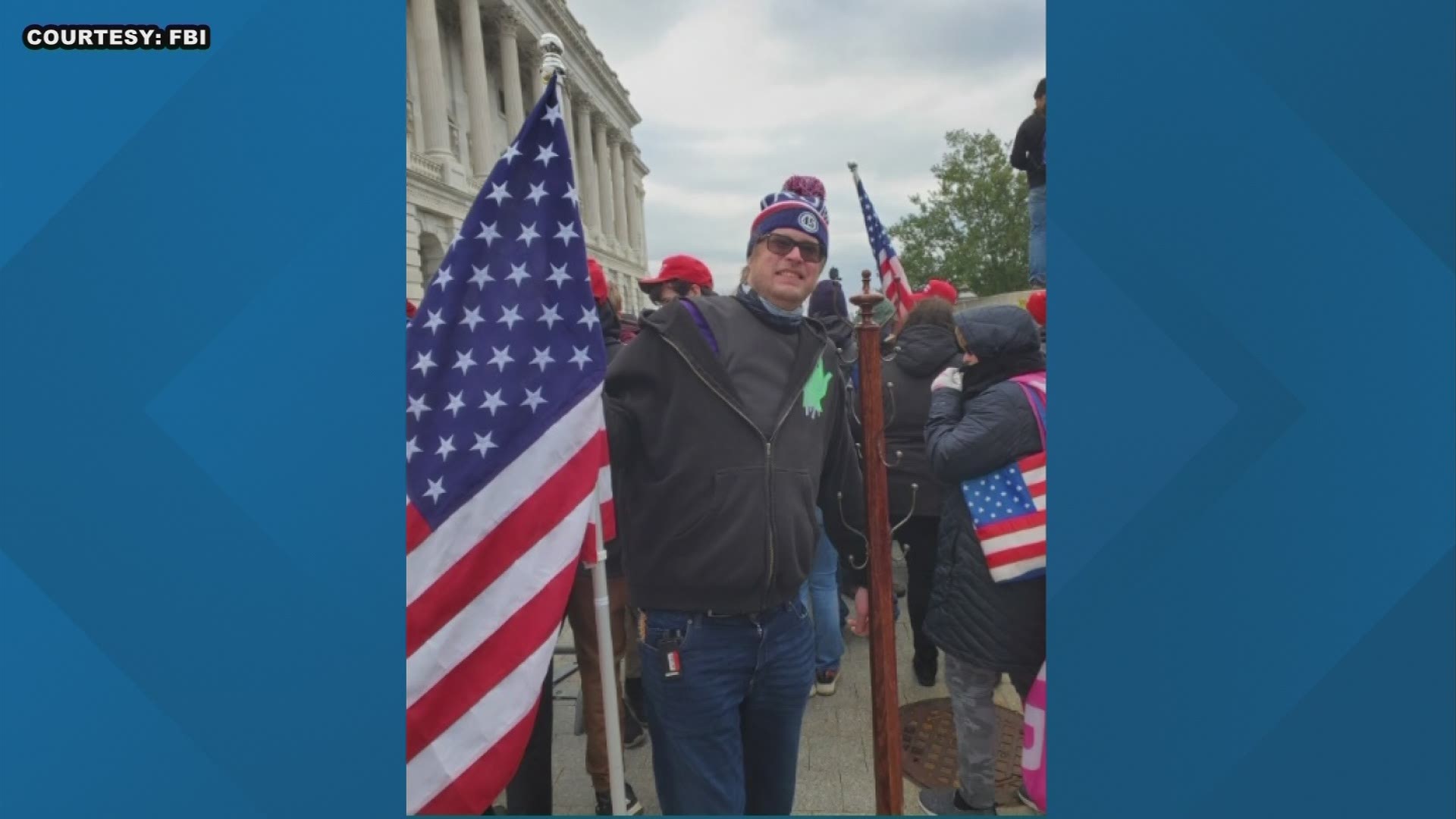 COLUMBUS, Ohio — Two men from Ohio are charged for their alleged involvement in the U.S. Capitol riot on Jan. 6.

Court documents filed to the U.S. District Court for the District of Columbia say Richard Lyon and Robert Thompson face multiple charges stemming from their alleged involvement in the riot.

According to the documents, Lyon and Thompson traveled to Washington D.C. together on Jan 6.

Lyon is from Columbus and Thompson is also from Ohio.

The two were waiting for an Uber outside the capitol when they were approached by Capitol police. The officer told the two to move to a different area and wait for their ride there.

After being told to move, Thompson picked up a coat rack that was behind him. The officer told him to put the coat rack down. Thompson then fled the area.

Lyon stayed at the scene and was asked multiple questions by officers.

The FBI interviewed Lyon who provided information, including a photo of Thompson posing with the stolen coat rack.

Thompson is charged with Theft of Government Property.

Both Thompson and Lyon face charges of Violent Entry and Disorderly Conduct on Capitol Grounds and Knowlingly Entering or Remaining in any Restricted Building or Grounds Without Lawful Authority.