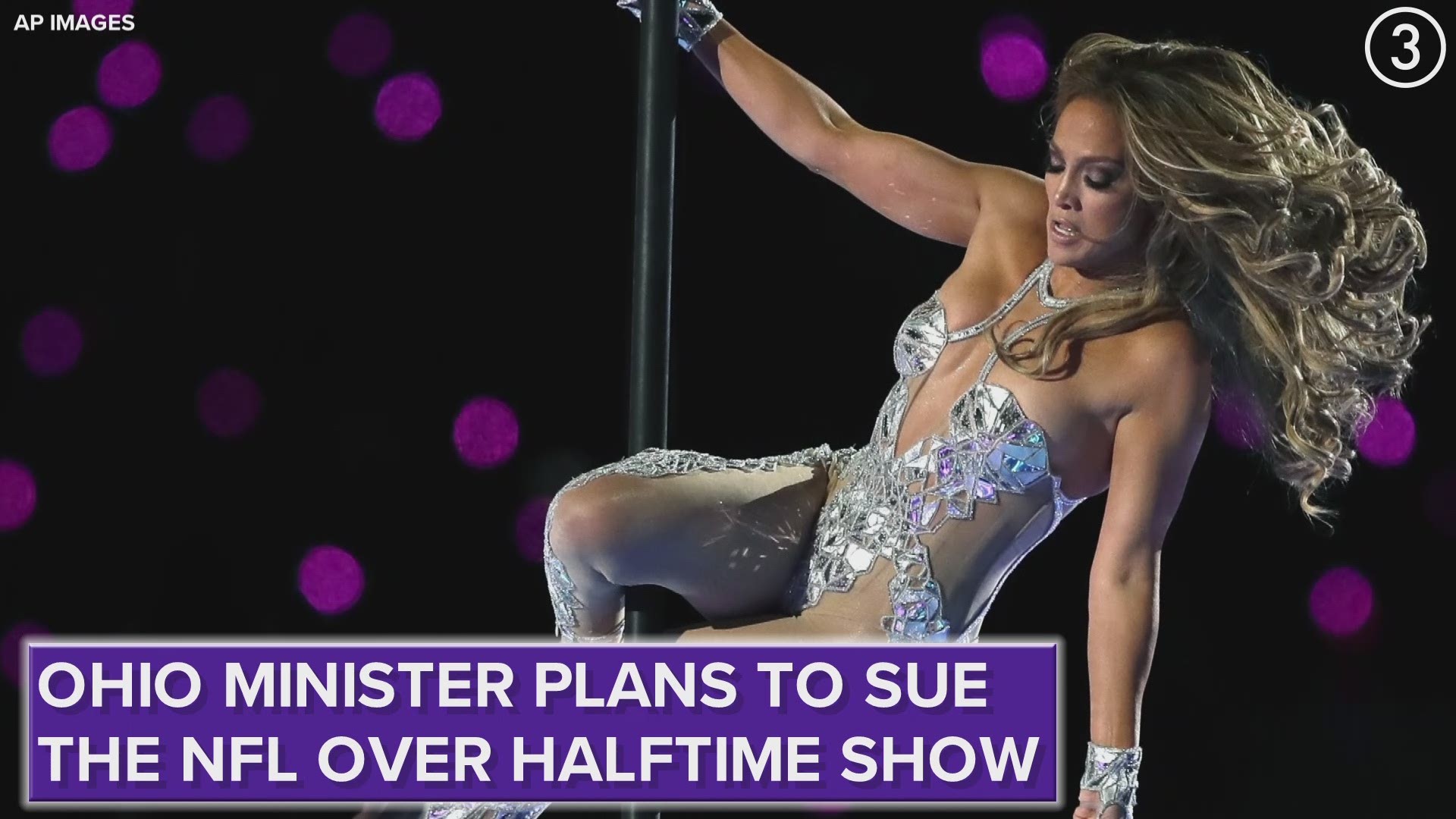 Regardless of which side of the argument you fall on, it's undeniable that Sunday's Super Bowl halftime show was a polarizing one.

One Ohio man, however, plans on taking his criticism of the performance a step further than most.

In a video posted to his Facebook page earlier this week, Dave Daubenmire revealed his wish to sue the NFL, the show's sponsor, Pepsi and his local cable provider for the halftime show, which was headlined by Jennifer Lopez and Shakira. A minister and former high school football coach, Daubenmire described the halftime show as a "strip club performance" and said that he was upset that it aired without properly advising viewers.

Daubenmire proceeded to take issue with what he described as Lopez and Shakira's attire, "pole dancing" and "crotch shots."

"Why are they allowed to pump that right into my home without my approval?" he asked. "Isn't there something out there, contributing to the delinquency of a minor?

"We're going to continue to get this kind of stuff as long as we put up with it. I'm looking for a lawyer out there who knows about -- what do they call those things? Class action lawsuits, where a group of people says enough is enough."

Daubenmire, who currently lives in Hebron, Ohio, then put out a plea to have any lawyers interested in representing him call him.

The former head coach of London High School, Daubenmire is no stranger to the legal system as it relates to the First Amendment. In 1999, a settlement was reached between the American Civil Liberties Union and London City Schools after it was found that Daubenmire's coaching staff breached the separation of church and state by leading prayers and passing out scriptural verse to players.

In the days since Monday's Facebook rant, Daubenmire has gained no shortage of online attention. That, however, hasn't slowed down the host of "Coach Dave Live," who told The Daily Caller that he'd be satisfied with an $867 trillion settlement.