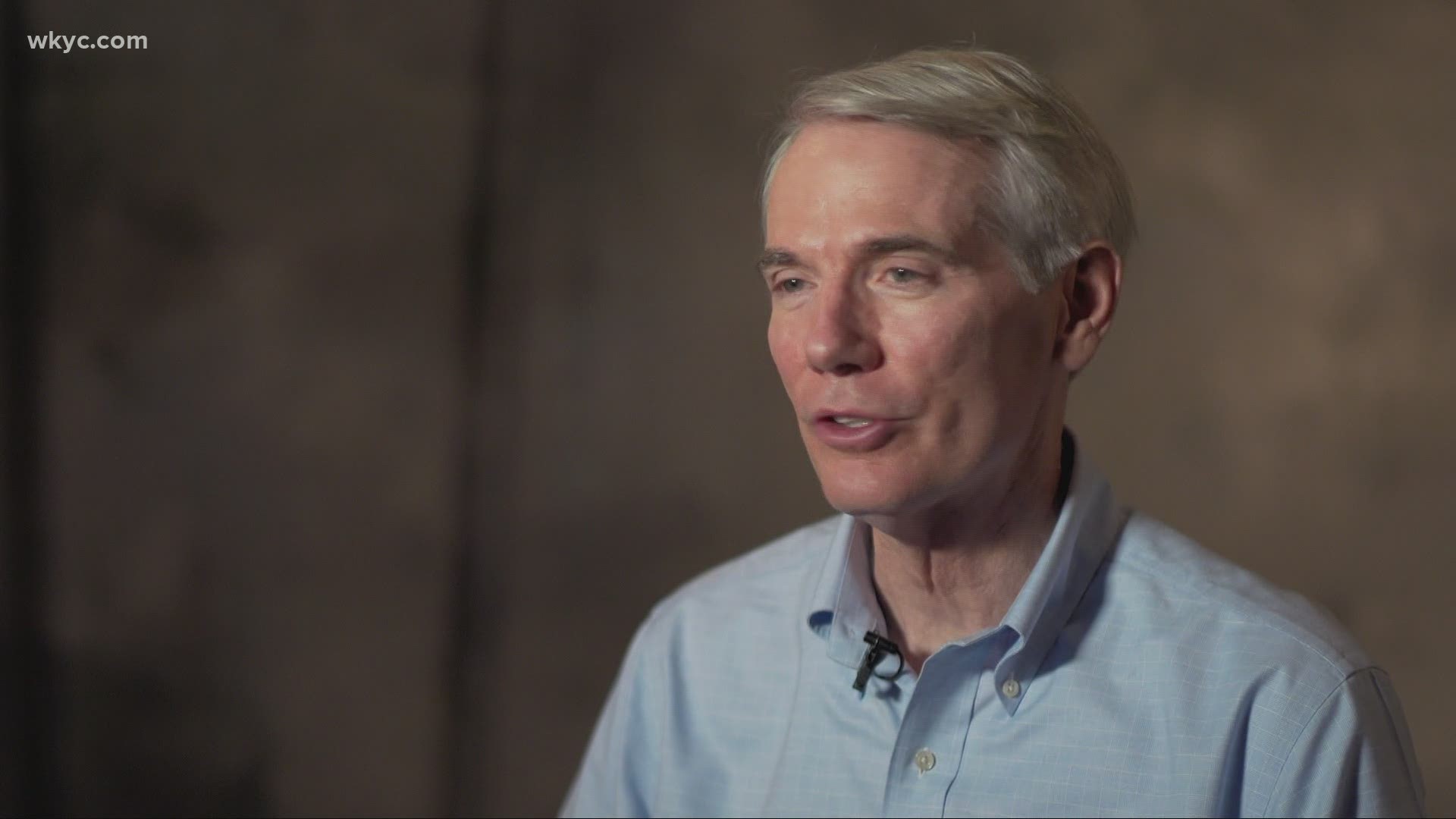 On Wednesday, Congress will gather together in a joint session to certify the Electoral College results for President-elect Joe Biden.

The session will not come without fireworks, however, as at least 140 Republican members of the House of Representatives and a dozen senators are planning to object to the results due to unproven claims of election fraud. The objections will force votes in both the House and Senate, but none are expected to prevail. The House has a Democratic majority and enough Republicans in the Senate have said they are against the objection to ensure there will not be a majority to back it.

Several Ohio GOP members of Congress have already announced how they plan to address the vote on Wednesday, with some indicating they will join the list of those objecting to Biden's victory. Here is a tally of how Republicans in Ohio are planning to vote:

Senator Rob Portman: "Following the election, I supported the Trump campaign’s right to pursue recounts and legal challenges. There were instances of fraud and irregularities, as there are in every presidential election, and those who engaged in that conduct should be prosecuted to the full extent of the law," Portman wrote. "But after two months of recounts and legal challenges, not a single state recount changed a result and, of the dozens of lawsuits filed, not one found evidence of fraud or irregularities widespread enough to change the result of the election."

'Over the course of my public service career I have taken the same oath on numerous occasions, swearing to preserve, protect, and defend the Constitution of the United States. I plan on honoring that oath by supporting the state certifications and the will of the people. I will vote to certify in accordance with my duty under the Constitution.”

My statement on the upcoming formal count of the Electoral College votes by Congress on January 6:

Rep. Jim Jordan: The staunch Trump ally put his name on the list of objectors early in the process. "This is about President Trump and the Constitution," he told Newsmax's "Greg Kelly Reports" on Monday. "He has fought for us, the American people. He has done more of what he said he would do than any president in our lifetimes, I mean, he's accomplished so much in his four years as president. It's time for us to fight for him and the Constitution."

It was recently announced that Jordan will receive the Presidential Medal of Freedom sometime this month, along with fellow Trump supporter Rep. Devin Nunes.

Rep. Bob Gibbs: On Monday, Gibbs announced he will join those objecting to certification.

“The right to vote and be heard, to have a voice in our government is one of the most important pillars of our democracy. I believe fraudulent actions and illegal voting in one state dilutes the power and voice of voters in all states. I do not believe the allegations of fraud and improprieties have gotten their day in court, as many cases were dismissed on procedural grounds, often times citing lack of standing. If the American people could not hear the evidence in court, it is incumbent upon Congress to provide that venue.

“The Constitution gives state legislatures the authority and power to set elections, and I believe state judiciaries and state executive offices overstepped their authority in a handful of states. Based on my reading of federal code, Congress has the authority to deem whether electors were appointed in accordance with state election law.

“It is for these reasons I will be objecting to the certification of the Electoral College for certain states on January 6th. It is not a decision I make lightly but I believe is necessary to ensure the validity of our elections.”

Rep. Bill Johnson: Johnson announced on Tuesday that he will support objecting to the certification of the Electoral College vote in Pennsylvania, and possibly other states.

"I will support objections to the certification of the Electoral College vote of Pennsylvania, and possibly other states on grounds that they: potentially violated the U.S. Constitution; disregarded their own state election laws; and/or failed to count all legal ballots. The Democrats and their allies in the mainstream media hide behind bullying, spin, and carefully crafted talking points to distract from this fact. But most of the people I represent know the truth – that between the news media acting as the public relations department of the Democrat party, Big Tech’s big thumb on the social media and search results scales, and credible allegations of election fraud in some states, many believe the 2020 election wasn’t fair."

I will support objections to the certification of the Electoral College vote of Pennsylvania and possibly other states when the Joint Session of Congress meets tomorrow.

Read my release below: pic.twitter.com/QD7r3fr3I3

Rep. Warren Davidson: Davidson also announced on Tuesday that he will support the objection.

“On January 6, I will object to electors from states that failed to uphold the equal protection principle of one person, one vote and where that failure made the intent of voters difficult to discern. Millions of Americans have doubts about the integrity of the 2020 election and look to Congress to represent these concerns in accordance with the Constitution. This isn’t about overturning the results of the election; it’s about a duty to defend the United States Constitution. As established in Article I, Article II, Article IV, the 13th, 14th, 15th, and 19th Amendments, the Civil Rights Act, the Voting Rights Act, numerous other laws, Congressional precedent, and an abundance of hard-fought court cases: no state is so sovereign that they can - by law or by practice - deny citizens the equal protection of knowing a just and secure election consists of one person, one vote.”

Rep. Anthony Gonzalez: On Monday, Gonzalez announced that he will oppose any objection to the Electoral College results.

"Article II and the 12th Amendment of the Constitution make it abundantly clear that the Congress plays a limited role in the certification of the Electoral College vote - only to intercede should there not be a majority winner of electoral votes. Furthermore, the Electoral Count Act of 1887, while subject to many questions of its own, declares that certified results received from the State shall be regarded as “conclusive.” With respect to the 2020 election, certified results have been provided by contested states, including from states governed by Republican Governors, and no alternative slate of electors have been provided by any of the contested states. It is based on these facts that I am compelled to oppose any objection to the Electoral College on January 6th."

Representatives Steve Chabot, Brad Wenstrup, Bob Latta, Mike Turner, Troy Balderson, Dave Joyce, and Steve Stivers have not officially declared if they will be objecting or not to the certification on Wednesday.

As a possible clue, Wenstrup, Johnson, Gibbs, Jordan, and Latta all pledged their support to a lawsuit filed in Texas last month claiming voter fraud and irregularities in four battleground states during the election. Stivers issued a release offering "my congratulations to President-elect Biden and Vice President-elect Harris" on November 25 when it was "evident that President Trump has exhausted the due process offered to all candidates."

Elections officials across the country have said there was not widespread fraud that affected the outcome of the presidential election. Former Attorney General William Barr also said investigators did not find evidence of fraud on a scale that would overturn the results.

Republican Senate Leader Mitch McConnell has urged Republicans not to object. And several other GOP senators have criticized the efforts, splitting the party as the new Congress begins. Nebraska Sen. Ben Sasse said Sunday that the objections are “bad for the country and bad for the party.”