Sen. Andrew Brenner was caught while lawmakers in Ohio are considering a bill to crack down on distracted driving. 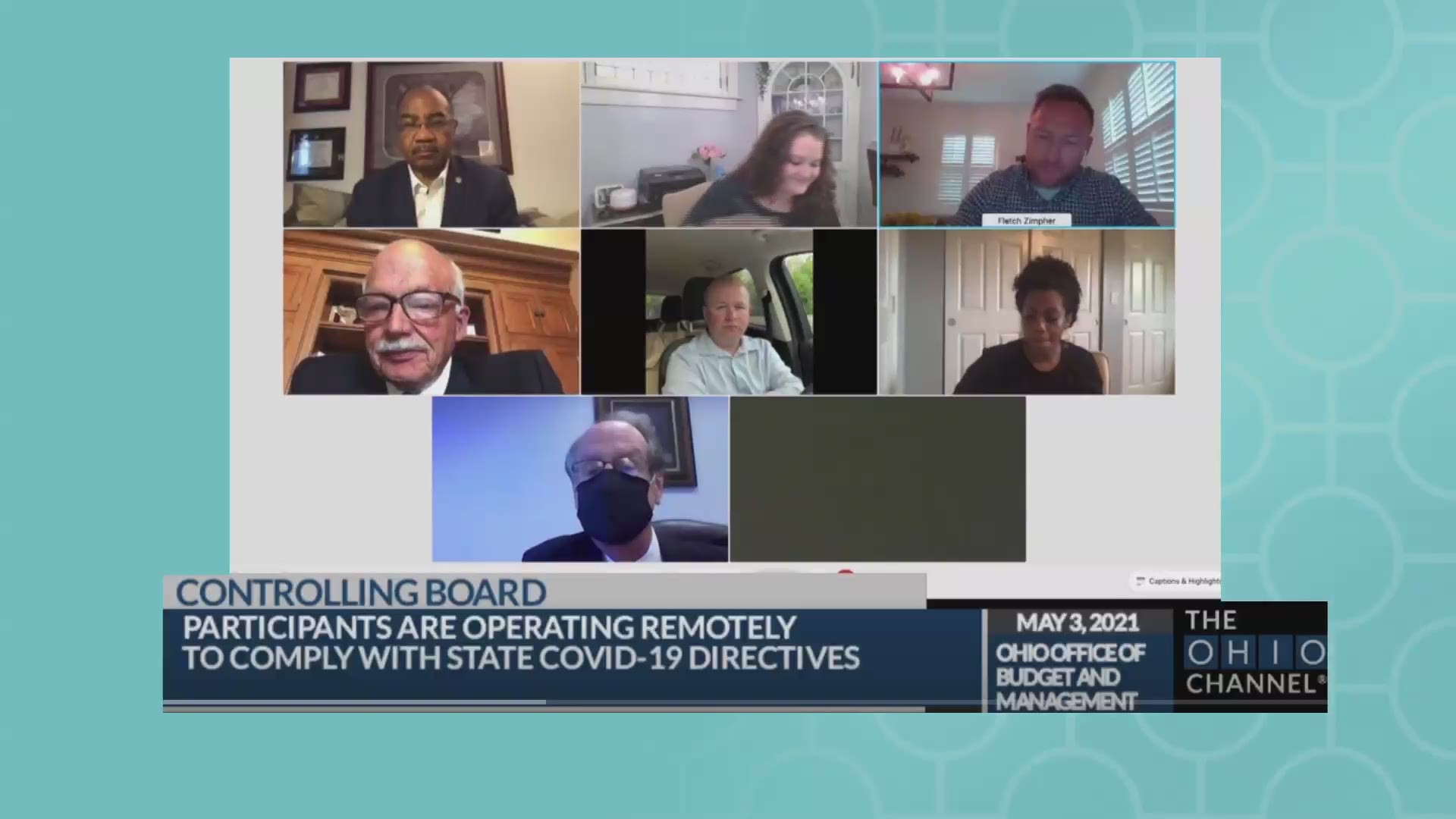 COLUMBUS, Ohio — An Ohio state senator is making national headlines this week. Not for a bill he proposed, but for his attempt to conceal the fact that he was driving during a controlling board meeting on Zoom.

Early on during Monday's meeting, Sen. Andrew Brenner can be seen sitting in the driver's seat of his car. Brenner eventually leaned forward and turned off the camera.

When he returned, he was seen wearing his seatbelt and clearly driving, yet his Zoom background was that of a home office. The camera was off for a second time, before coming back with a blurred image of Brenner on the road while also having the office background.

All of this happened as the Ohio House is considering a bill proposing stricter rules against cell phone use while driving, with a goal of cracking down on distracted driving in the state.

According to Tyler Buchanan of the Ohio Capital Journal, legislation from state Reps. Cindy Abrams, R-Harrison, and Brian Lampton, R-Beavercreek, would prohibit using electronic devices while driving in most circumstances. Law enforcement could ticket drivers for even holding their phones while driving.

(The below photo is from the early portion of the meeting. Sen. Brenner can be seen in the second row, middle image.)

(This was the look of the Zoom after Sen. Brenner changed his background.)

The bill would outlaw the use of phones, tablets and other electronic devices. Along with not texting, drivers would not be allowed to use their devices to watch or record videos, place orders or use any other program that isn’t hands-free.

Drivers would still be allowed to use navigational programs, so long as they aren’t holding the phone. (A driver would need to pull over before typing in any new directions.)

First-time offenders could choose to attend a distracted driving safety course in lieu of a $150 fine.

For his part, Sen. Brenner believes he was not distracted while driving and taking part in a Zoom government meeting.

"I wasn't distracted. I was paying attention to the driving and listening to it (the meeting,)" Brenner told The Columbus Dispatch. "I had two meetings that were back to back that were in separate locations. And I've actually been on other calls, numerous calls, while driving. Phone calls for the most part but on video calls, I'm not paying attention to the video. To me, it's like a phone call."

Brenner added that he was parked during most of the video meeting of the Ohio Controlling Board. "I was wearing a seat belt and paying attention to the road."

Editor's Note: The below video aired as part of a previously published story