The team is expected to arrive back in Ohio Thursday afternoon. 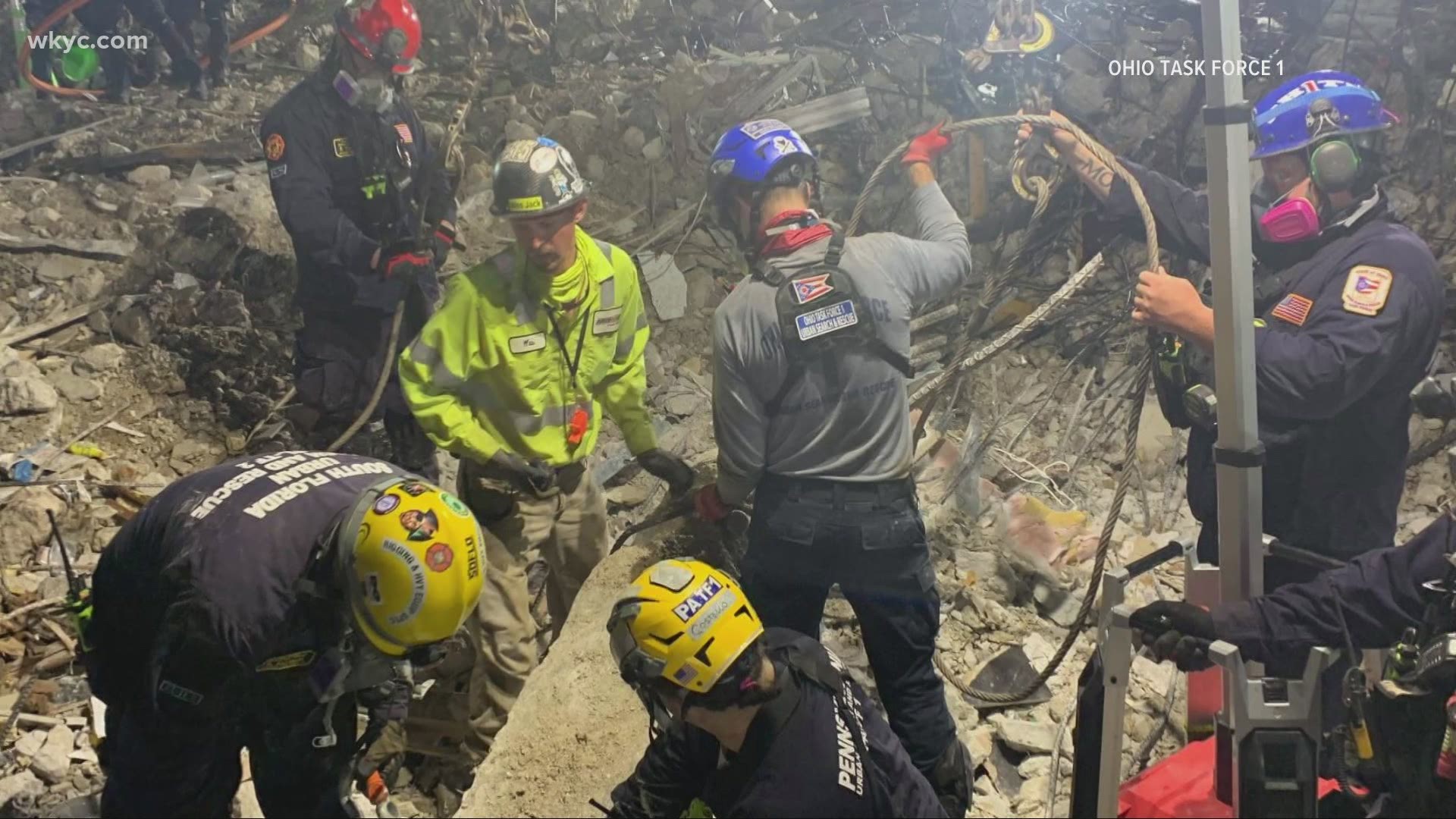 SURFSIDE, Florida — On Monday morning, the Facebook page for Ohio Task Force 1 announced that the group will return to the Buckeye State after assisting in search and rescue efforts at the site of the condo collapse in Surfside, Florida.

The news comes just one day after officials announced that the death toll in the collapse had reached 90.

“It is simply impossible for us, as a team, to express our thanks and gratitude for the support we have received from all over the Ohio region. The messages of support have been unwavering and vast in number.  We thank all of you for your support of our team's efforts," said Team Public Information Officer, Phil Sinewe.

According to a Facebook post, the team will start back on their journey home Tuesday afternoon and are expected back in Ohio around 3 p.m. on Thursday.

Members with Ohio Task Force 1 originally traveled down to Florida on June 30, just a few days after the building collapsed.

Over the past almost two weeks, the group has helped to search through more than 14 million pounds of rubble and debris.

Editor's note: The video in the player above is from a story published on Jully 6, 2021.