The Task Force is currently in Jefferson Parish, where the damage is extensive. 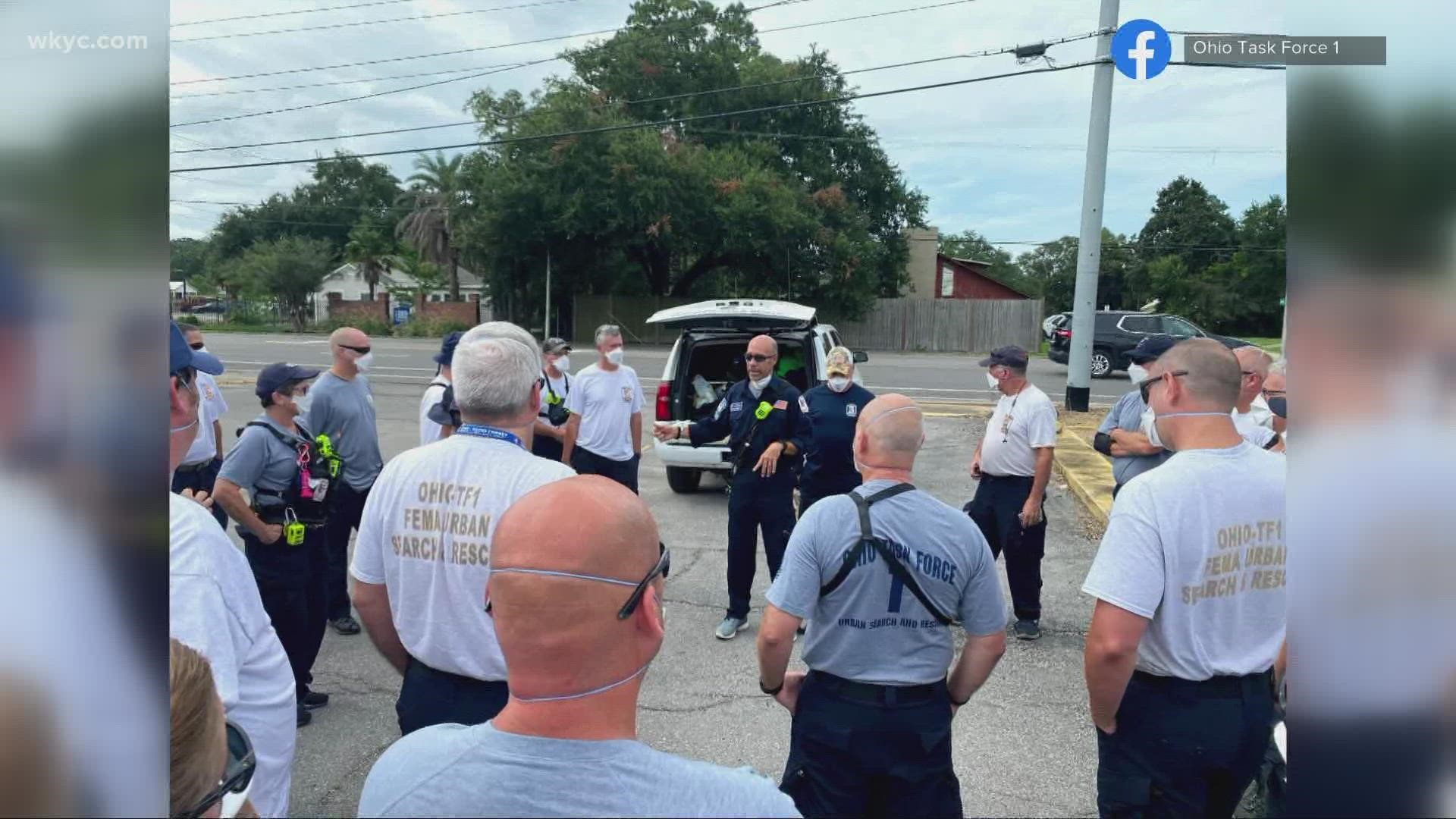 VANDALIA, Ohio — *Editor's Note: The video in the player above is from a previous report.

With Hurricane Ida battering the southern United States, dozens of volunteers from Ohio have made their way to Louisiana to help with cleanup and rescue efforts.

Ohio Task Force 1 is currently in Jefferson Parish, where the damage has been extensive. A 45-person team comprised of a full equipment cache, including water rescue equipment, a 16-person water rescue team and canine search team is ready and waiting to assist.

Officials are comparing the situation to Hurricane Harvey in 2017, which killed 68 people and left billions of dollars worth of damage.

"We're there just to help the local jurisdiction cover a wide area, or checking on how people might be doing," program manager Evan Schumann told 3News.

The American Red Cross from Northern Ohio is also in Louisiana, trying to get resources to those who need them the most. Tom Revolinski's team will be there for up to two weeks.

"It's really kind of breathtaking," Revolinski said of the stress families are going through. "We're just going to go there and just be ready to help them."