Ohio's unemployment data shows only half of 1.11 million who filed have received benefits 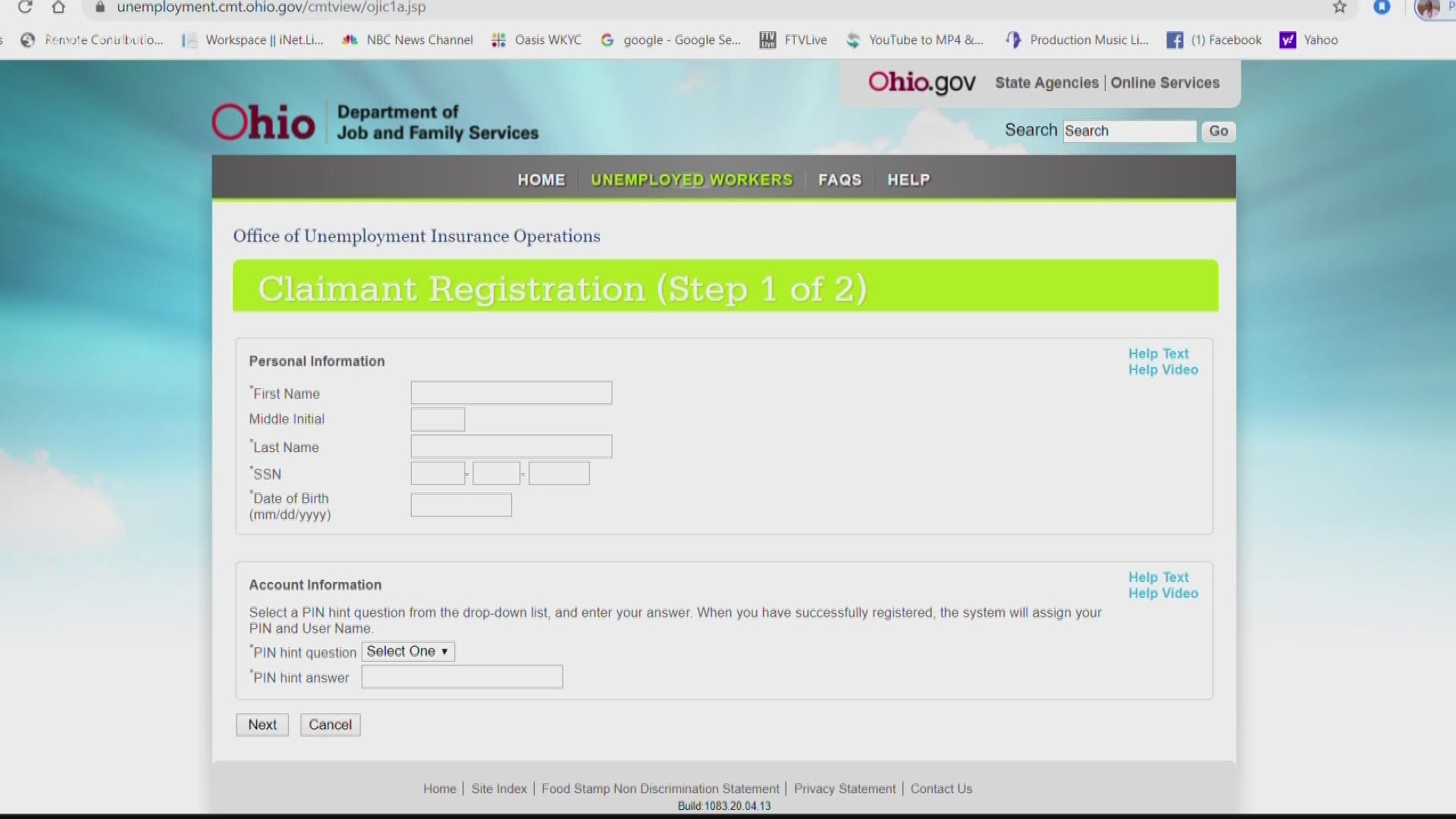 COLUMBUS, Ohio — The number of Ohioans who filed new unemployment claims within the last seven weeks is now more than the combined total for the last three years.

The number of initial jobless claims filed in Ohio now stands at 1,118,569, according to data released Thursday morning by the Ohio Department of Job and Family Services (ODJFS). Of those people, state officials say approximately half -- 536,000 Ohioans -- have received unemployment compensation worth more than $1.9 billion.

OJDFS is looking to bring on 150 additional employees by the end of next week, but they say they need 4,000 more to handle the volume of calls, and they don't have the money for that.

"We know that that's no excuse, and we continue to work at it every day," Director Kimberly Hall said.

With hundreds of thousands still waiting for benefits, 3News' Danielle Serino pressed U.S. Sen. Rob Portman about the funding problems, asking why the Congress can’t pass an emergency funding bill to hire more people to process claims. He said he would look into it, but with Gov. Mike DeWine's announcement this week on budget shortfalls, nothing is going to change.

In the meantime, ODJFS says people who have already been approved can help by limiting the amount of follow up calls.

"We have people who file and then they just want to call and say, 'Did you get my claim?' even though the system sends a confirmation," Hall told us.

A new process asks Ohioans to file on designated days of the week. Those who have a last name beginning with ‘A’ through ‘H’ should file on Sundays. Mondays will be designated for individuals ‘I’ through ‘P’ and Tuesdays for the rest of the alphabet. Wednesday through Saturday will be open to anyone, but officials warn to expect higher volume those days.

If your job loss is a result of the coronavirus, you should enter 2000180 as the mass-layoff number while filing your unemployment application. If you have already submitted claims without this number, you do NOT need to add it.

We're also trying to help, by answering your questions.

Donna Agrinsonis runs a licensed massage therapy business. She’s considered an independent contractor and has to wait to apply for the PUA benefits, and is worried she won’t be able to open when the governor gives the green light and that will impact her unemployment benefits.

"We have to make sure our premises are safe for people. And that costs money,” Donna told us," she explained. "I haven't had money coming in to do anything. So, I'm wondering how that affects my unemployment."

After speaking with ODJFS, I learned that's going to take an agent who's a little more experienced, and they are bringing those people on for the PUA claimants. Then, if Agrinsonis is not ready to open, the state needs to determine whether that was directly related to COVID-19, given the governor's removal of the work restrictions.

Donna already pre-registered on the ODJFS website, so once she files, the Department will review her situation.

If you have questions, send them to Danielle at dserino@wkyc.com and she will try to find answers.