Despite the state's policy, CBD sellers say they have no plans to take it off their shelves 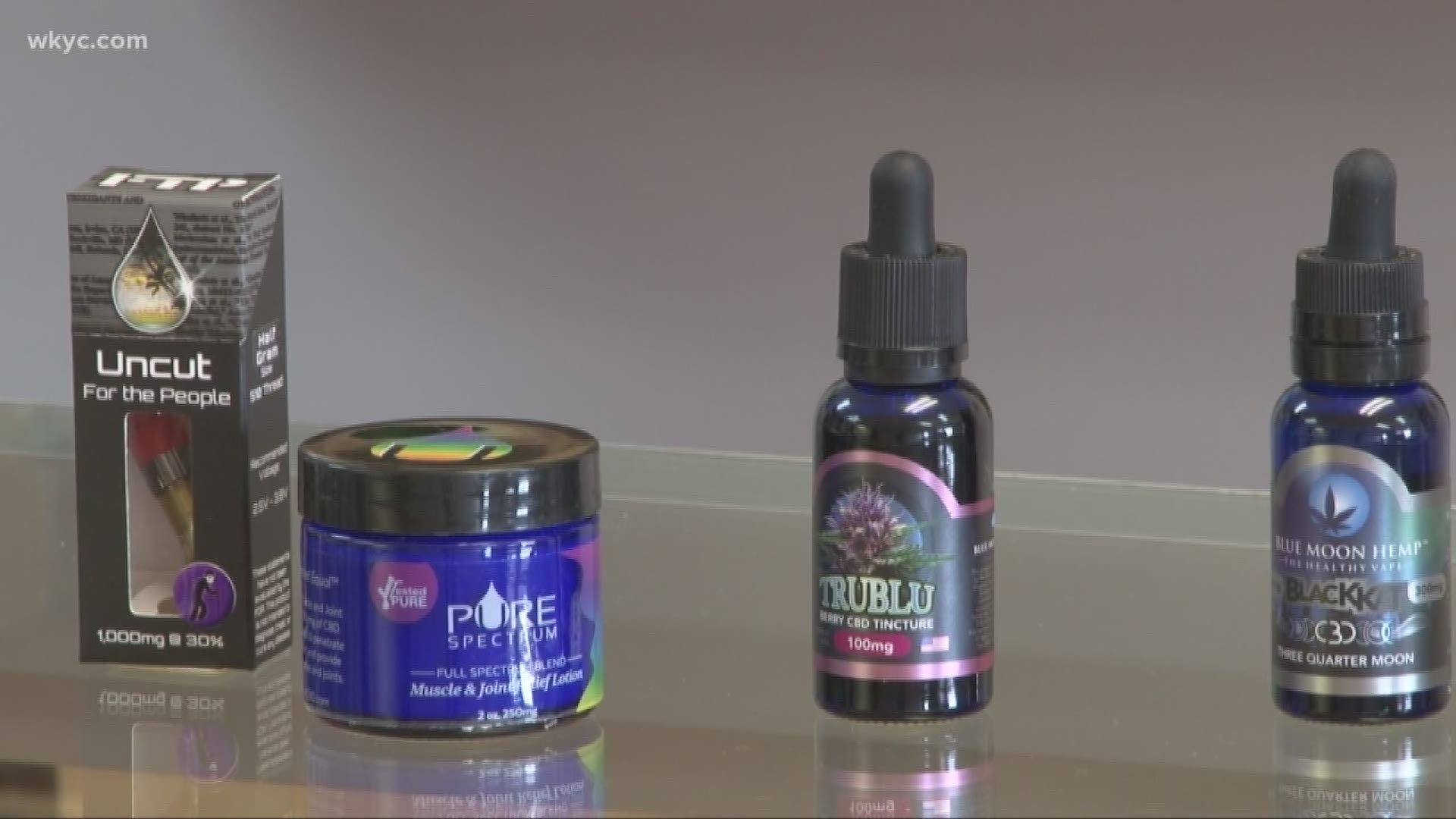 Columbus — It's being sold everywhere from health food stores to vape shops. The state of Ohio says its illegal, but manufacturers and sellers are fighting back.

Despite being legal in Ohio, medical marijuana still cannot be sold until the state's dispensaries are up and running. But there's been quite a lot of debate over the status of CBD oil which can be found on store shelves all over Ohio.

From edibles to oils there’s something for every ailment.

We found a store in Solon where they were selling a balm for pain and inflammation right on the front counter.

Manufacturers and vendors claim it's legal, but the Ohio Board of Pharmacy says...they're smoking something.

In fact after fielding so many calls on the issue, they just put out a fact sheet on CBD oil which clearly states that it can only be dispensed in a licensed medical marijuana program.

"Those marijuana products will have to comply with the rules and regulations of the program. They must have a known source, as well as known quantities of active ingredients, and testing procedures will be conducted," says Grant Miller from the State of Ohio Board of Pharmacy.

You can get it from either a Marijuana plant or Hemp plant. They are both members of the cannabis family, but marijuana can contain up to 30% THC, which is the stuff that gets you high. Hemp contains no more than 0.3%.

In fact hemp is used to make everything from clothing to cars. But Ohio law doesn't distinguish between the two plants.

Ian Friedman, a criminal defense attorney who is working with a local manufacturer and retailer of CBD oil, says the rules are only about a money grab.

He says, from a politician’s standpoint, “If we give this to those we've given awards to (for dispensaries), we get the benefit of that.”

And he says he believes Ohio will have to back down, pointing to other states where cases against sellers whose products have been seized, have been dismissed.

“If a seizure occurs, they have to test everything. And they will see there is no detectable amounts of THC in there, hence there is no case," he explains.

And many CBD sellers say they have no plans to take it off their shelves.

A local retailer told us, "We just got a man come in that wants to supply us with CBD oil."

The state says that local law enforcement would handle any prosecutions.

But we're told a class action lawsuit will likely be filed to protect CBD manufacturers and sellers.