The Warren County Chief Coroner’s investigator tells the Dayton Daily News that the driver of the bus was killed in the crash. 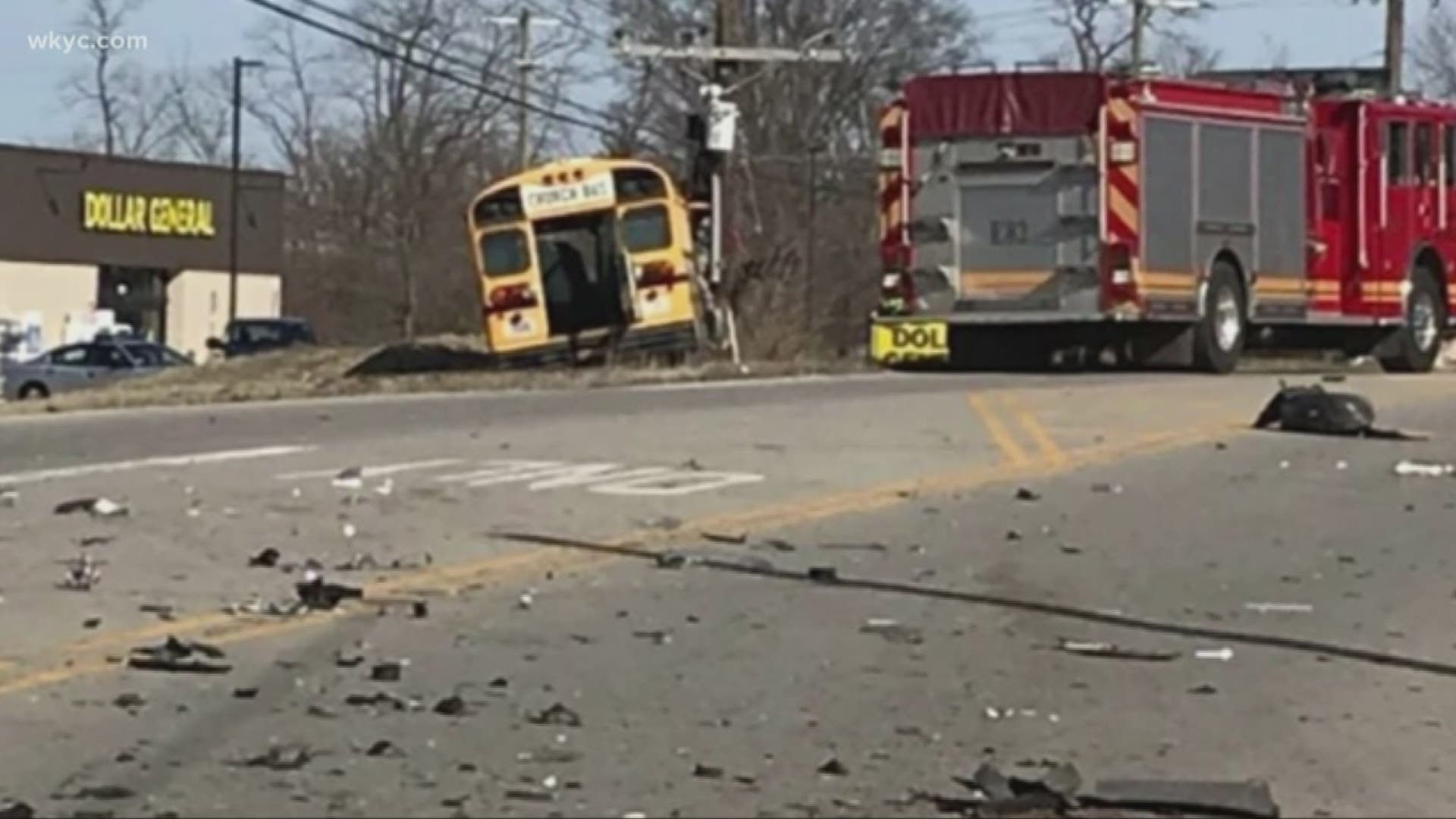 MIDDLETOWN, Ohio — One person died and two others were injured after a crash involving a church bus in Middletown on Sunday morning.

The crash happened just before 9:45 a.m.

The Hamilton Post of the Ohio State Highway Patrol confirmed to Dayton NBC affiliate WDTN that one person was killed in the crash at the intersection of Dixie Highway and Manchester Road.

Troopers say the crash was between a bus and another vehicle. The Dayton Daily News, citing Doyle Burke, Warren County Chief Coroner’s investigator, reports that 30 children were on the bus owned by Franklin First Church of God.

Burke also identified bus driver Archie Cheesman, 59, of Middletown, as the person killed in the crash to the Dayton Daily News.

Police say that two people were transported to the hospital with unknown injuries.

The accident is under investigation as troopers seek to determine which vehicle ran a traffic light at the intersection.