3News spoke with a survivor who was feet away from the gunman. 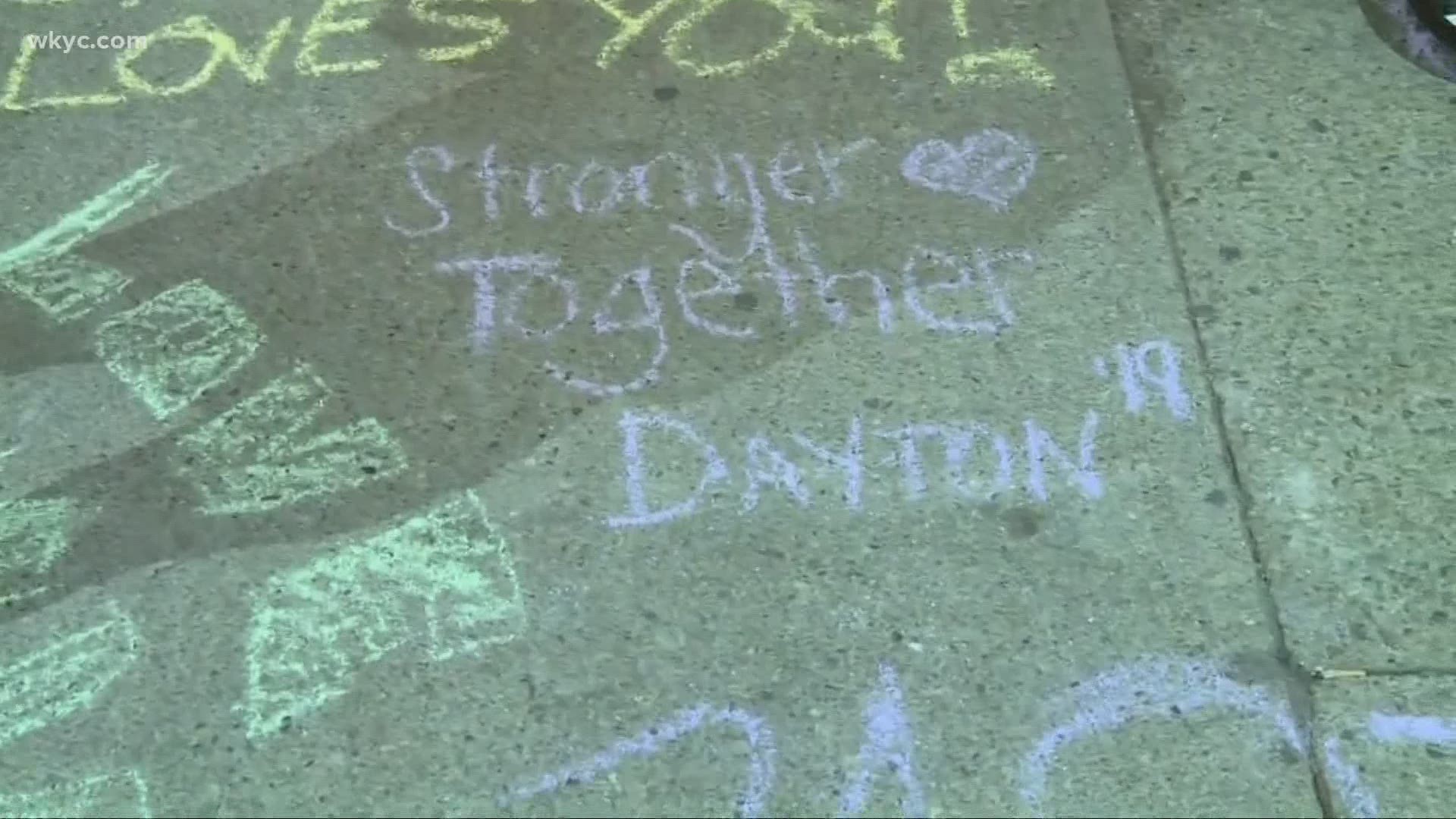 DAYTON, Ohio — Tuesday marks one year since a deadly mass shooting at a Dayton bar that killed nine people and injured 17 others. To mark the solemn anniversary, 3News spoke with a young woman named Kasey Hughes, who was steps away from the devastation.

On Aug. 4, 2019, Dayton, Ohio was added to the list of cities that have experienced such tragedies after a gunman opened fire inside a popular entertainment district. Hughes, a former 3News intern, was out enjoying herself with her friend Cameron when the shooting happened.

"We were actually 10 feet away from where the gunman was," Hughes remembers.

The shock of the event lead to months of isolation until Kasey tried to regain a sense of normalcy by going out again.

"The first time I ever did, I had a panic attack, and I had to talk with my therapist through it knowing that the was the shooter wasn’t going out," she explained.

After months of therapy, Kasey regained a newfound appreciation of life.

"I’m way more appreciative of every moment I get to spend with the people that I love, especially my family members," she said.

Known for its bars and restaurants, the Oregon District always had police around, but a year after the mass shooting, friends tell Hughes security in the area is still beefed up.

"There are, there have been a lot more police monitoring the area, but there always had been," she said.

Kasey tells us sharing her story is part of her healing, and part of taking back her life.

"Have a bigger voice, and I’m able to share my experience a little bit more," she said. "It’s been a year, but I’ve recently discovered this voice in the past few months."