Right now, there are about a million Ohioans that lack access to high speed internet, and many more who live in areas that have slow or unreliable connections. 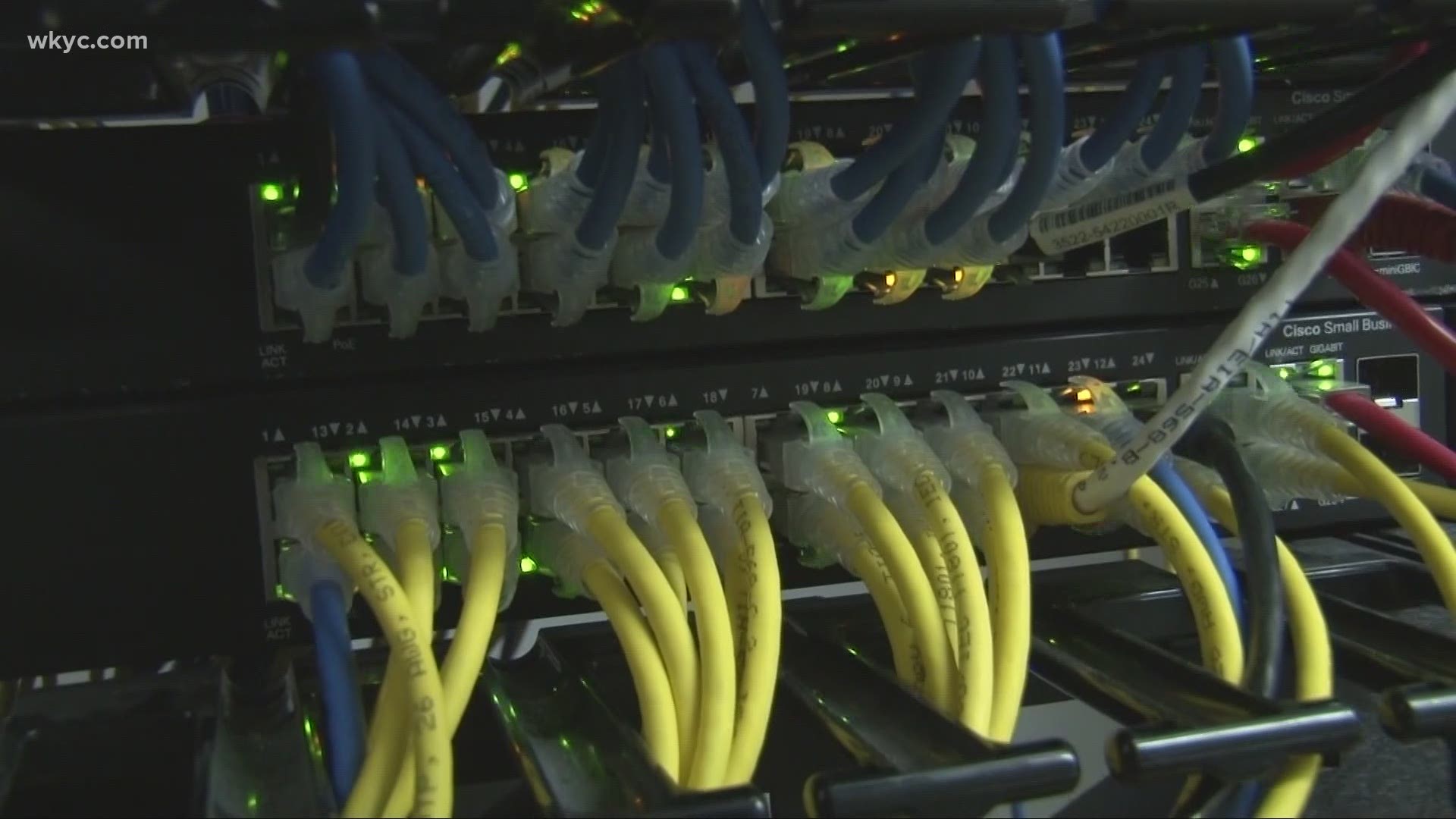 COLUMBUS, Ohio — The pandemic highlighted the importance of having reliable access high speed internet for Ohioians. Now, a proposed law would prevent government entities from stepping in and providing permanent fixes, meaning municipal broadband services could be no more.

The digital divide is a big problem nationwide. Certain areas have better access to internet than others. And when telecom providers aren’t willing to fix the problem, we’ve seen government come to the rescue with solutions.

Case in point: East Cleveland residents didn’t have many internet service provider options, so the state worked to create a public-private partnership to bring a new wireless solution to that neighborhood in April. On a much larger scale, cities like Hudson and Fairlawn have introduced brand new fiber Gigabit services where telecom companies weren’t willing to make investments.

"Internet today is the electricity of 120 years ago. It’s just like sewer and water and all the other utilities you have, it’s a necessity," says Fairlawn Mayor Bill Roth. "We had to step forward and we filled the gap."

But late changes made to the state budget bill by Senate Republicans could put an end to those types of projects. Local leaders and Ohio Lieutenant Governor Jon Husted say that would be a huge mistake.

"With the passage of the most recent Senate bill, we will neither have any money or even the authority to do these kinds of projects in the future. And we’re urging members of the General Assembly to reconsider, restore the money, restore our ability to solve the problem of getting high speed internet to the people that don’t have it," Husted told 3News.

So far, no Senate Republican is taking credit for introducing the amendment in question. "I consider that a good sign in a strange way that nobody is willing to stand up and say it’s a good idea. And when people are not willing to stand in the sunlight and advocate for their positions, then typically it’s because they’re not very good positions to advocate for," Husted added.

Right now, there are about a million Ohioans that lack access to high speed internet, and many more who live in areas that have slow or unreliable connections. Fixing that problem isn’t possible with this type of legislation in play.