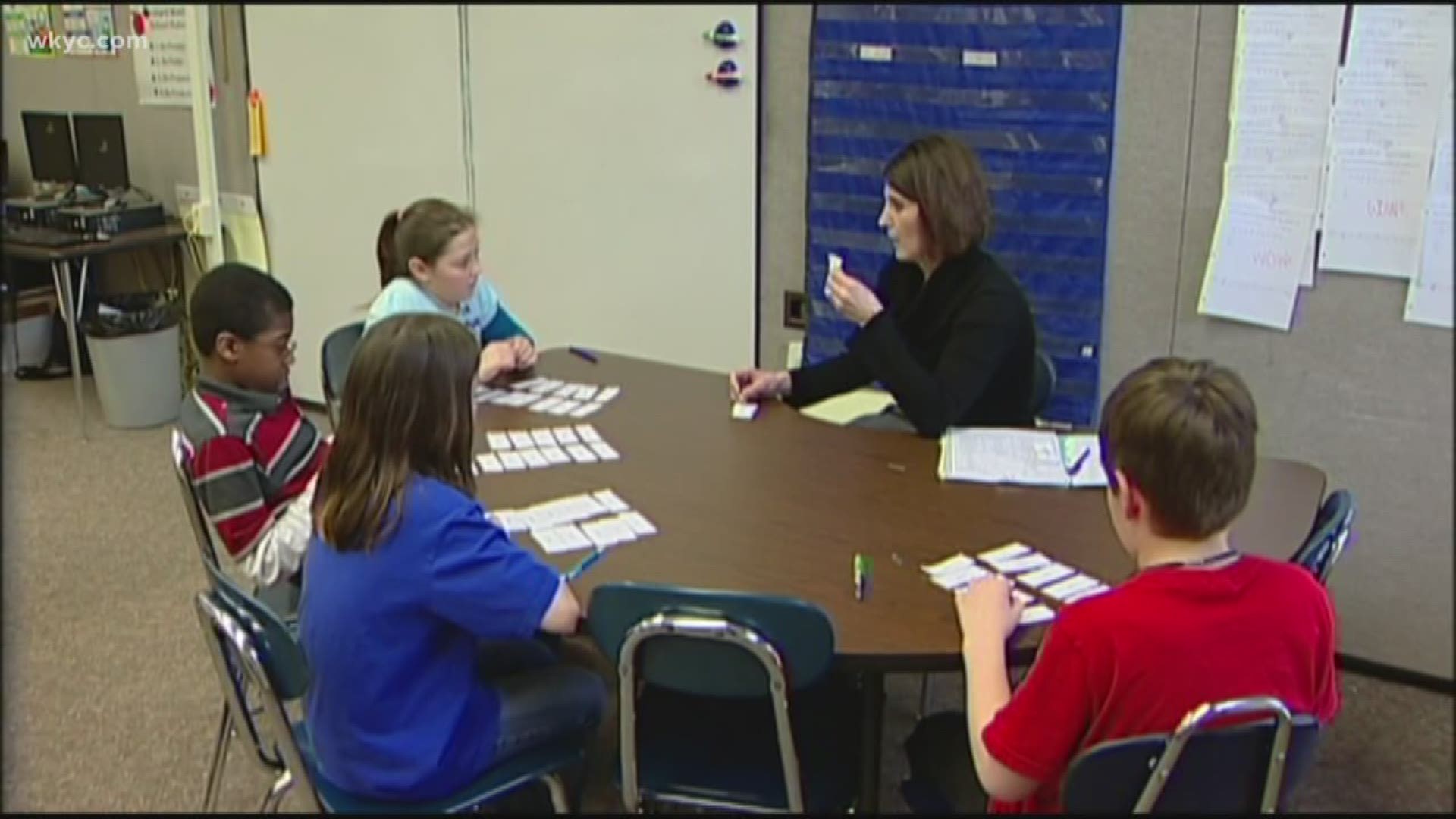 CLEVELAND — Schools across the state stand to lose millions of dollars if lawmakers don’t find a fix for the EdChoice scholarship program that includes schools from more than 400 districts.

What are EdChoice scholarships?

According to the Ohio School Boards Association, the EdChoice Scholarship (Voucher) Program began in fall 2006 and was the third voucher program created in Ohio. It uses taxpayer dollars to allow eligible students to attend participating private schools.

When a school doesn’t meet state testing standards, they’re added as an EdChoice designated school. The updated list for the 2020-2021 school year includes some unexpected additions. One example is Solon’s Parkside Elementary School – considered one of the top elementary school’s in the state.

It’s the result of a change that was made a few years ago, nothing to do with this year’s budget,” said State Senator Matt Dolan, who represents Ohio’s 24th District which includes Solon. “Most of those schools are on the list because of a performance metric called value-added, which is well-intended but poorly executed.”

The value-added or ‘progress’ score measures a school’s growth based on past performance. The problem: schools that have performed well in the past receive low grades from the state when they don’t exceed previous numbers. That can be a difficult task for schools with high levels of success.

Solon City School officials sent a statement regarding the status of Parkside Elementary school that reads in part:

“Parkside’s Performance Index score at 114.9 is the fifth highest of any school in the state of Ohio…

Parkside’s third grade is the highest achieving grade level in the entire district. Those students then need to equal or better their scores the following year in fourth grade to demonstrate positive academic growth. For example, in math, 20.6 percent of third graders at Parkside earned perfect scores on the spring 2018 Ohio Achievement Assessment. In spring 2019, 10.6 percent of Parkside fourth graders scored perfect. According to the ODE (Ohio Department of Education) Value-Added measure, that is negative growth. This challenge will continue as 100 percent of Parkside third graders passed this past spring’s math state assessment, with 89.9 percent of them scoring in the advanced range.”

It's a situation that frustrates district officials and Dolan.

“The metric system is saying ‘you didn’t achieve what you did last year, therefore your value went down. You’re getting an F,’” said Dolan, calling the grading system absurd. “It’s not accurately reflecting what’s happening in the schools.”

And Solon isn’t alone. Elementary schools in Avon, Avon Lake, North Olmsted and Shaker Heights are in a similar situation.

Being on the list could potentially have a negative impact financially as well.

When a school building is placed on the EdChoice list, parents of students who go to those schools can apply for vouchers to send their child(ren) to a private institution instead. Each voucher is worth up to $6,000 depending on grade level, and that money is paid by the school district.

A second flaw in the system would also allow for those who already attend a private schools to apply for the voucher if they are eligible to attend a school that is on the EdChoice list.

For instance, a student who already attends private school can apply for a $6,000 voucher to pay for that education if Parkside Elementary is the public school they would normally attend.

Lawmakers like Dolan are hoping to change two things:

First, he wants to get many high-performing schools removed from the EdChoice designated list. Second, he wants to prevent private school students from applying for vouchers simply because a public school in their district is added to the list.

“I hope that come the new year when we reconvene, we will pass legislation that deals with it, said Dolan. “Once we make the correction, most of those school districts, if not all, will fall off that list.”

And the change has to come quickly as applications for the EdChoice scholarship open up on February 1st.

“It’s important to measure the success of schools. But we have to make sure we’re accurately reflecting what’s happening in the school system.” 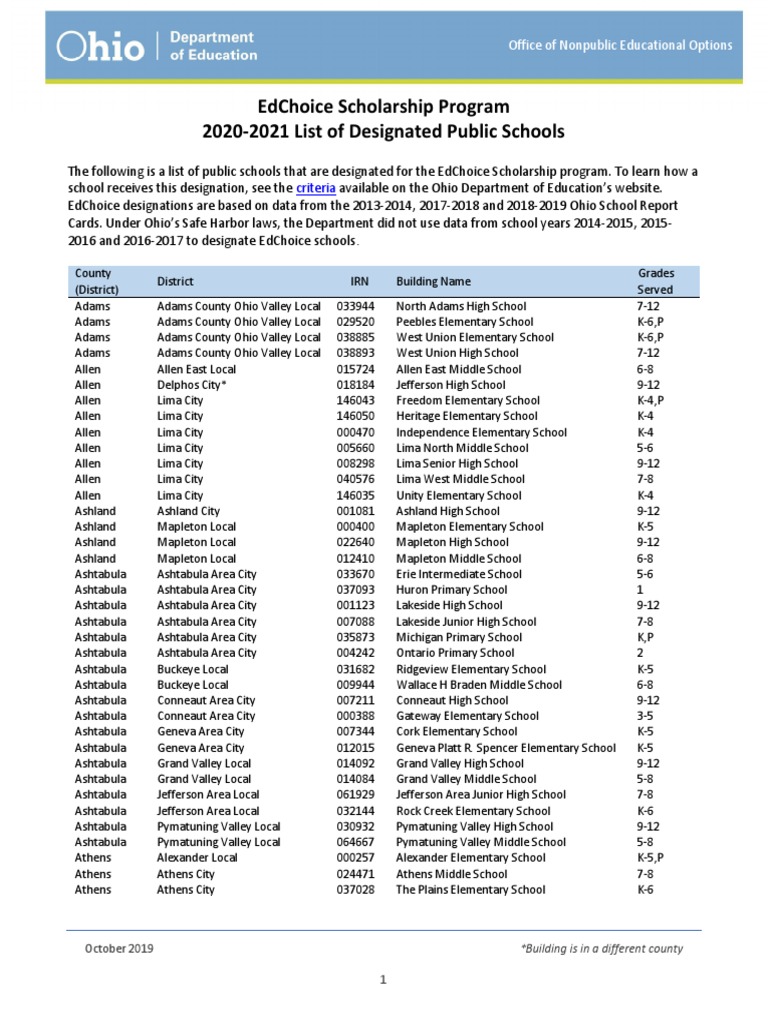 EdChoice Designated List 2020-2021 | Columbus | The United States
2020-2021 List of Designated Public SchoolsThe following is a list of public schools that are designated for the EdChoice Scholarship program. To learn how aschool receives this designation, see the criteria available on the Ohio Department of Education's website.EdChoice designations are based on data from the 2013-2014, 2017-2018 and 2018-2019 Ohio School ReportCards.