Body of Navy Corpsman Max Soviak to return to Ohio on Wednesday; public processional to follow in Erie County

The public procession will proceed through Milan and Berlin Heights, passing Edison High School where Soviak graduated in 2017. 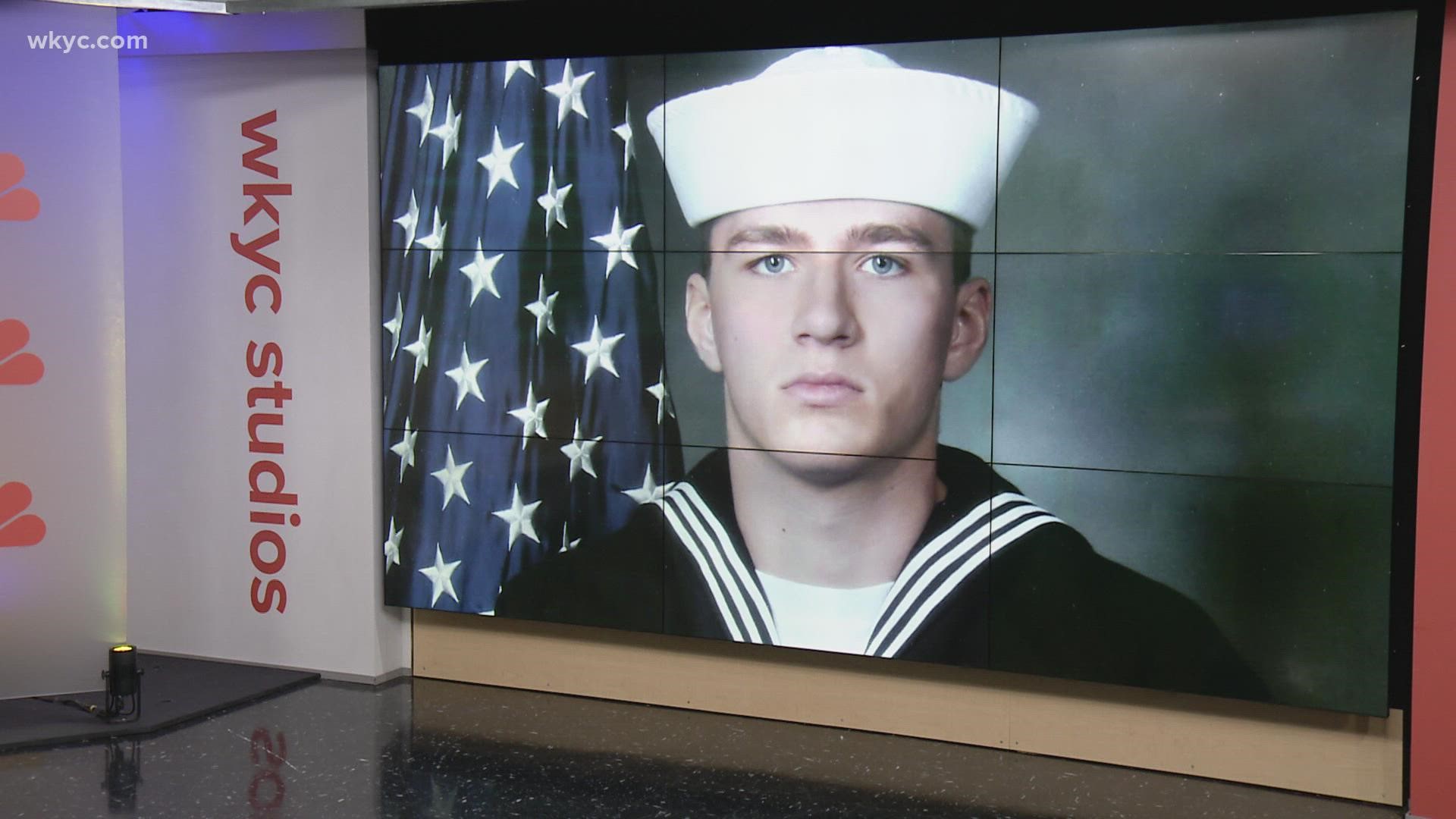 ERIE COUNTY, OHIO, Ohio — The remains of Northern Ohio native and Navy Corpsman Maxton W. Soviak, who was killed last month in Afghanistan, are set to return home this week.

The United States Navy announced on Monday that Soviak's body will arrive at Cleveland Hopkins International Airport on Wednesday at approximately 10:25 a.m. A private procession will take Soviak from the airport and go westbound onto the Ohio Turnpike for the ride to his native Erie County.

The public procession will begin at the U.S. 250 interchange (Exit 118) of the Ohio Turnpike.

You can see the public procession route below:

“Veteran-affiliated motorcycle escort units, public safety officials, and members of the community are asked to stage as noted below,” Erie County Sheriff Paul Sigsworth said. “All members of the community are invited and encouraged to pay their respects to Corpsman Soviak and his family along the entire public processional route. Please exercise caution if parking along a road right-of-way to ensure that your vehicle is entirely off of the traveled portion of the roadway.”

“All motorists traveling in the general area of the public procession between the approximate times of 11:30 a.m. and 3:00 p.m. should be aware of the possibility of intermittent total roadclosures by law enforcement officers along and adjacent to the public processional route,” Sigsworth added. “Thank you in advance for your patience and cooperation.”

Soviak and 12 other U.S. Military members were killed on August 26 when a suicide bomber attacked the airport in Kabul, where efforts are under way to get Americans and Afghan refugees out of the Taliban-controlled country. Terror group ISIS-K has claimed responsibility for the attack, which also left dozens of Afghan civilians dead.

As a result of his brave actions in support of his fellow service members and mission, the Navy proudly posthumously advanced Soviak to the rank of Hospital Corpsman Third Class last week.