Rep. Ryan also announces in the video that "Ohio casts 20 votes for Senator Sanders and 136 votes for the next President, Joe Biden." 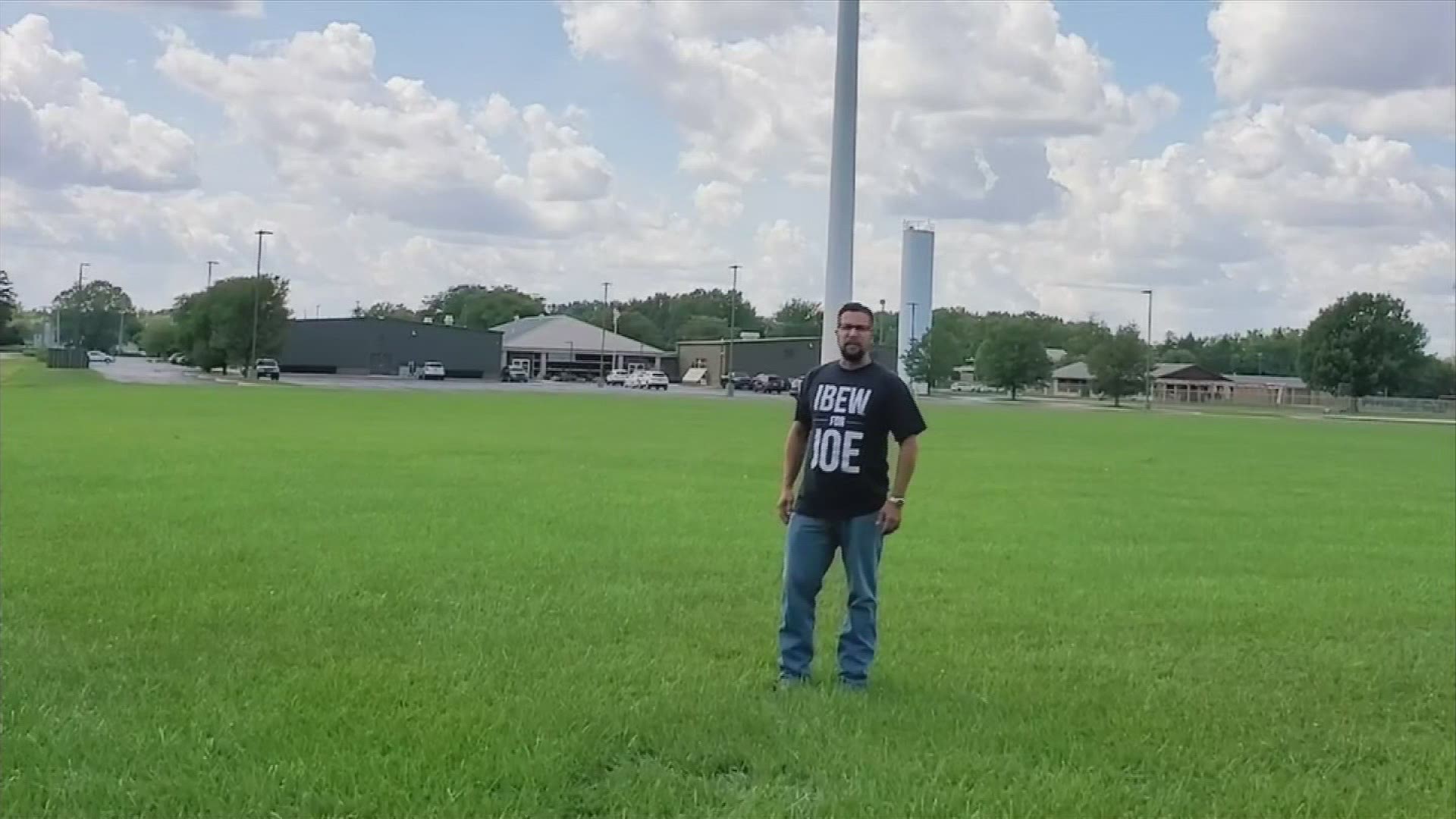 OHIO, USA — Tuesday marked the second night of the Democratic National Convention. For the first time in it's history, the convention is being held virtually due to the ongoing coronavirus pandemic.

Typically, political conventions draw thousands of attendees, but due to the state of the country's fight against COVID-19, Democrats are using pre-recorded messages and speeches to move forward with the convention.

Without a bolstering audience, many of the conventions typical highlights are being gravely impacted. One key moment impacted during Tuesday's lineup was the traditional roll count vote. Customarily, each state's delegation assembles on the convention floor and announces how many votes they are casting for each candidate. But this year, instead of a live presentation, each state submitted a video representative of their state in what the convention called the "Roll Call Across America."

Ohio's video featured Rep. Tim Ryan and International Brotherhood of Electrical Workers (IBEW) organizer, Josh Abernathy of Toledo. The two discussed President Trumps broken promises to Ohio workers on the backdrop of the once shuttered Lordstown General Motors Plant. The pair also highlighted how Joe Biden would go on to invest in the country.

Rep. Ryan also announces in the video that "Ohio casts 20 votes for Senator Sanders and 136 votes for the next President, Joe Biden."

In traditional Ohio fashion, the video closes with a loud and proud O-H...I-O!

Former Vice President Joe Biden was formally nominated as the Democratic Nominee for President at the Convention on Tuesday. He is expected to accept the nomination Thursday night.