You can purchase pieces of the 'Shawkshank Redemption' oak tree that have been repurposed into merchandise items beginning on Saturday at the Ohio State Reformatory in Mansfield, where much of the movie was shot. 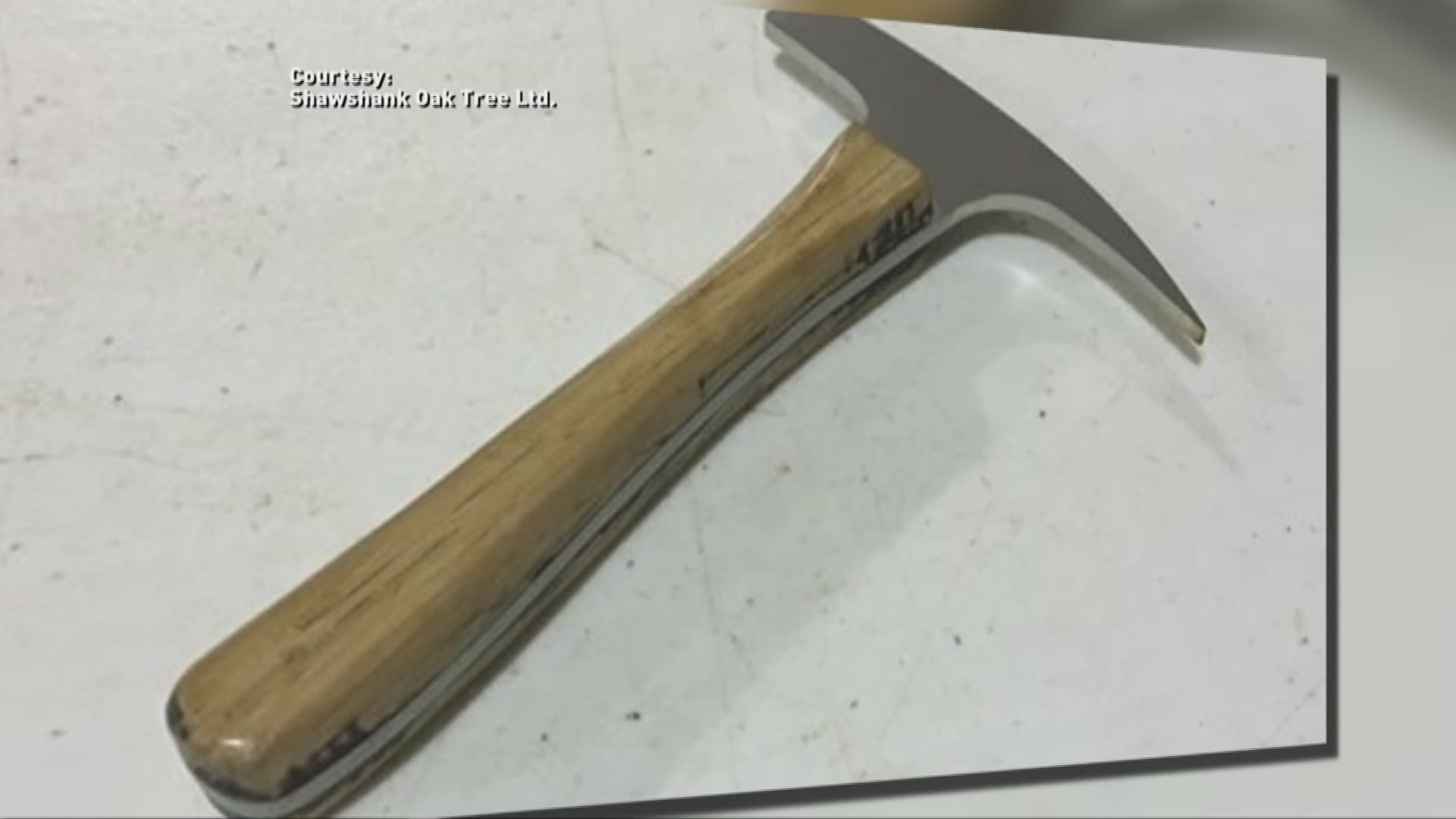 The famous oak tree from the iconic film 'The Shawshank Redemption' has apparently decided to get busy living on after being cut down two months ago.

First reported by TMZ, you can actually purchase pieces of the tree that have been repurposed into merchandise items beginning on Saturday at the Ohio State Reformatory in Mansfield, where much of the movie was shot.

The reformatory purchased items made from the wood of the tree from The Shawshank Oak Tree Limited, which owns the property.

Some of the items include:

Your very own rock hammer!

Or if you want to really impress your friends, try this:

The tree had deteriorated in recent years. In July 2011, already rotted in the middle, it was damaged by high winds sweeping through southern Richland County. Then, last July, a southwest wind brought the rest of the tree trunk down. The last remaining vestiges of the tree were cut down in April.

The merchandising of the Shawshank Oak comes as the city of Mansfield hosts the "Shawshank Hustle" this weekend, featuring a 7K race that takes runners to five filming locations used in the movie. Between 3,000-5,000 runners are expected to participate.

If you can't make it to Mansfield this weekend, you can order Shawshank Oak Tree items here.