State of Ohio: 'No evidence' of widespread compromise after unemployment data issue

ODJFS said the issue was fixed within one hour and it contacted those who had accidental access to system data. 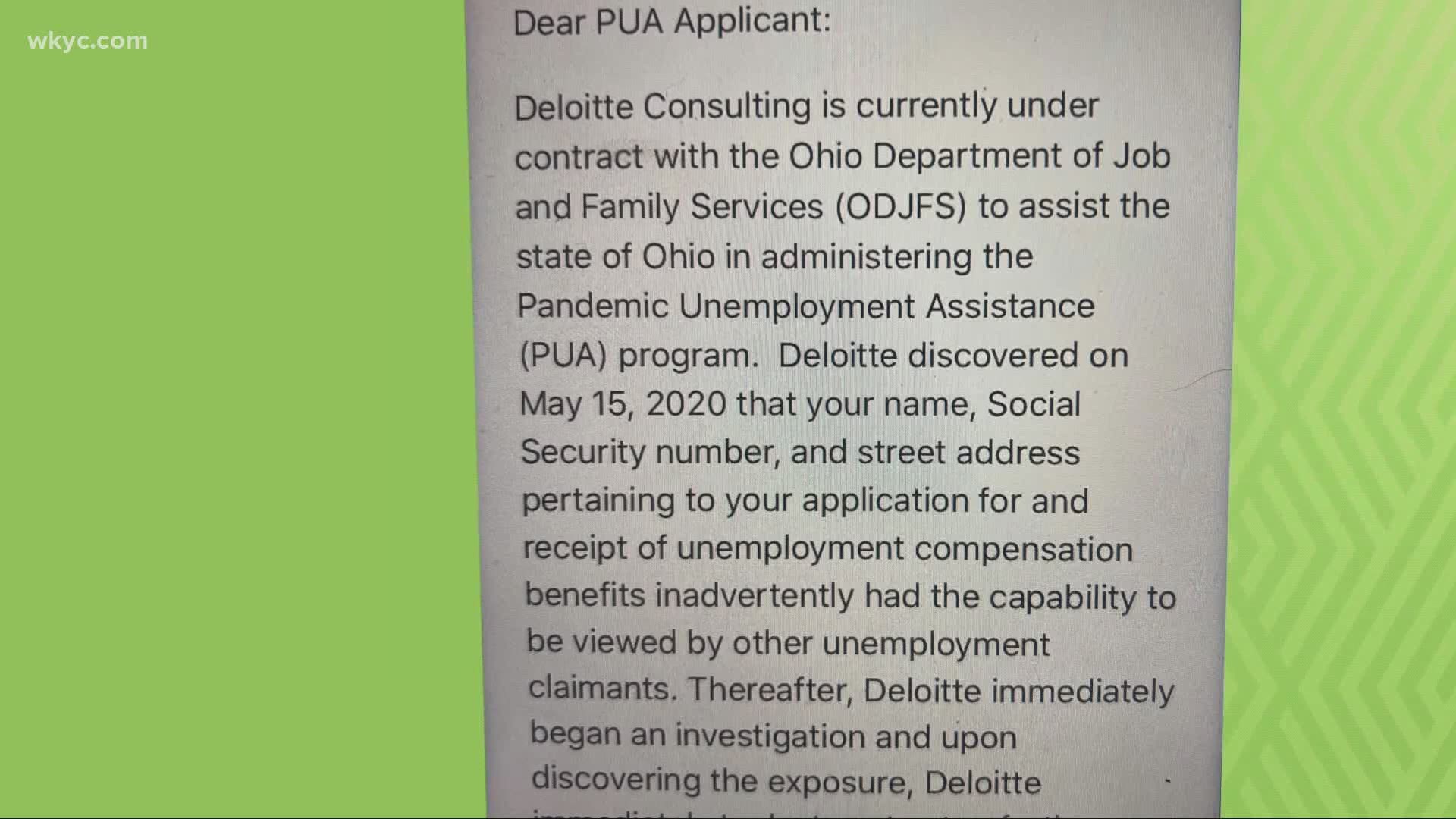 The Ohio Department of Jobs and Family Services said about two dozen people had the ability to view other people's information who applied for the Pandemic Unemployment Assistance (PUA).

ODJFS said there is no evidence of widespread data compromise.

The agency said it was notified over the weekend by the company that developed the system, Deloitte Consulting.

Multiple people contacted both 3News and our sister station 10TV providing the email they received from ODJFS warning them that their name, Social Security number and street address could be viewed.

The email also said there was no indication people's information was improperly used.

ODJFS said the issue was fixed within one hour and it contacted those who had accidental access to system data.

The agency said in a news release, "Deloitte is offering credit monitoring to all PUA claimants for 12 months. ODJFS holds the confidentiality of claimant data in the highest regard and agreed with the immediate steps Deloitte took to prevent any unauthorized PUA access in the future."

Pandemic Unemployment Assistance allows for up to 39 weeks of benefits to those who are self-employed, part-time workers or 1099 tax filers.

RELATED: Looking for work? One local pharmaceutical company is hiring