Statewide protests over Stay at Home orders in Ohio 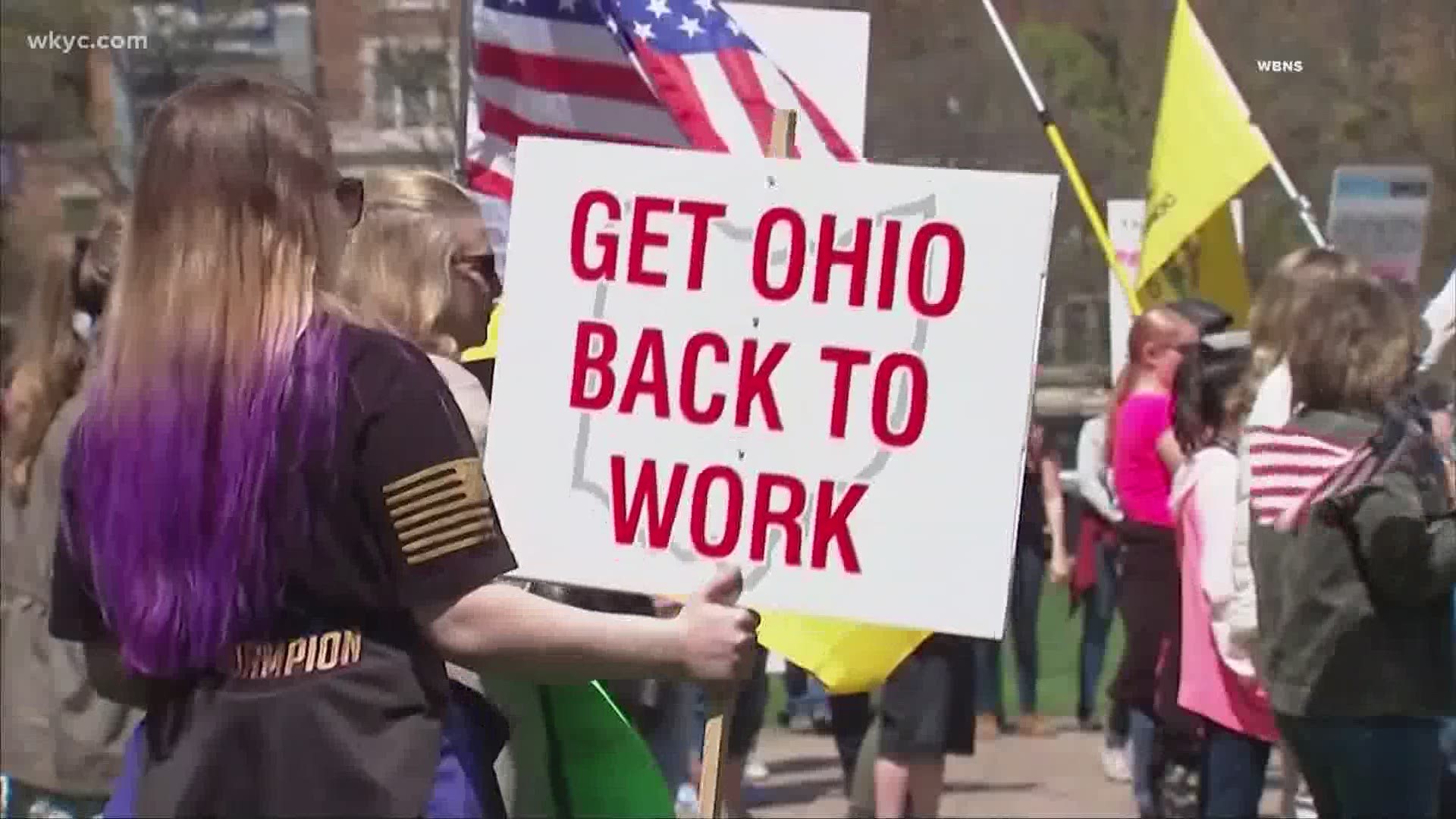 While many industries have been allowed to reopen, with more being given the green light in the coming weeks, some still have no idea when they can go back to work. So, they’re taking to the streets.

On Saturday, dozens protested in front of a shuttered Steak n Shake in Brooklyn, one of several demonstrations across the State organized by a group called Free Ohio Now.

They call the Governor's closures repressive, and unconstitutional.

The group points to the fact that among people are being kept from attending church, they’re having to delay surgical procedures and most important, they’re being denied the right to work. They say, that alone, has left millions of people without a way to take care of their families.

"If we don't get back to work very, very soon, that's going to kill all of us psychologically, mentally, spiritually, physically, everything. So, the people want Ohio open now," said organizer Joe Miller.

While the Director of the Ohio Department of Health, Dr. Amy Acton, credits the stay at home orders with containing the spread of the virus, protestors point to her admission during a March 25th news conference that 40-70 percent of Ohioan’s could still get infected. They say that statistic proves the cure is way worse than the disease.

It’s partly what prompted the Ohio House to pass a bill to limit her powers over “Stay at Home” orders. And earlier this week, protestors gathered outside her home, neither of which Governor Mike DeWine was too happy about.

“When you don't like the policy, again, you can demonstrate against me. That is fair game. But to bother the family of Dr. Acton, I don't think that's fair game,” he said during a news briefing.

Meantime, the voices supporting the closures have been just as strong. In fact, the Physicians Action Network, a group representing doctors in Greater Columbus, held a rally last week in support of Dr. Acton and the Governor's response to the pandemic.

There are also many workers, even those who lost their jobs, who say they don't feel safe returning to work.

One of them is Joseph Murillo. He’s worked in the restaurant industry for 20 years and doesn’t know if he’ll go back saying, “You know what? I'd rather be poor than sacrifice my life.”

Now, are these closures too much? Well, it depends on what you make of the statistics. Despite having the 7th largest population in the U.S., Ohio ranks 15th or 16th in the number of Covid-19 cases.

But, even if we re-opened tomorrow, protests would continue, with the latest debate over whether or not we should be forced to wear masks.

RELATED: Citizens gather near I-480 in Brooklyn in protest of Gov. DeWine's coronavirus response

RELATED: US to buy $3B in dairy, meat, produce from farmers, Trump tweets