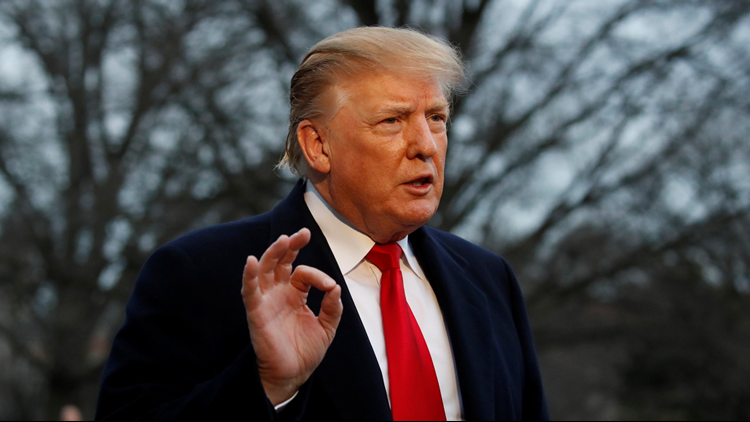 RELATED: Who is running for president in 2020 so far?

Senior political science major Fabio Andaloro added, “In addition, one in five Ohio Republicans have never felt enthusiastic about Trump. This may make it harder for Trump to win the state in 2020.”

With white male candidates as the frontrunners in a crowded field of Democrats hoping to challenge the president, the poll also finds that nearly one in three self-identified Ohio Democrats are more likely to support a female in the 2020 primaries.

Here's a closer look at the survey:

As they did in 2016, a plurality of Ohio Democrats believe health care is the top issue for 2020 candidates to address. At the same time, they want candidates to focus on the economy and jobs, and drug abuse (both at 27.5 percent) followed closely by gun policy (at 27 percent). Other issues called out as important by 19-20 percent of Ohio Democrats include climate change, the environment, taxes and spending, terrorism, racism and race relations, and education.

Ohioans are also split on the construction of a wall along the southern border, with about 44 percent opposed, 39 percent in support and 17 percent unsure. A supermajority of Republicans support the wall, compared to much smaller margins of support by independents and Democrats.

Roughly one-third to two-fifths of respondents see both refugees and immigrants as increasing the amount of crime in the U.S., taking away jobs in the U.S., and posing a threat to the American way of life.

The statewide poll, which also gauged public attitudes on issues confronting the Ohio statehouse from a gas tax hike to a “Heartbeat” abortion bill to gun restrictions, was conducted as part of a research methods course under the direction of Dr. Lauren Copeland, associate director of the Community Research Institute (CRI) and assistant professor of political science.

The poll found a majority of Ohioans opposed to Governor Mike DeWine’s proposed gas tax increase (which lawmakers voted to slash). Opinion was more evenly divided on the state’s "heartbeat" abortion bill, and there was strong support for mandatory waiting periods and other gun restrictions.

“Compared to last year, roughly the same percentage of Ohioans support banning semi-automatic rifles, as well as mandatory waiting period on gun purchases,” observed senior political science major Parker Hoffler. “We thought that support might wane since last year’s survey was conducted after the mass shootings in Vegas and Parkland.”

In an era of eroded media trust, more than half of the survey respondents report turning to Facebook for news. However, more than 70 percent say they assume most information circulated via social media is inaccurate.

Students in Dr. Copeland’s “Public Interest Research” course designed the survey instrument with media input and continue to slice up and crunch the data for insights.

This poll was conducted between 03/01/19 and 03/15/19 among Ohio residents ages 18 years and older (n = 1,361) by students enrolled in the Department of Politics and Global Citizenship’s capstone course "Public Interest Research" at Baldwin Wallace University in conjunction with the Community Research Institute (CRI). Students proposed the topics, crafted the question wording and determined the order in which questions should be asked. Survey respondents were drawn from online panels organized and curated by Dynata. Responses in this survey were weighted by gender, race/ethnicity, income and education based on 2018 American Community Survey for Ohio. MOE ±3.4 percent. Any subgroup analysis will necessarily bear a larger margin of error.