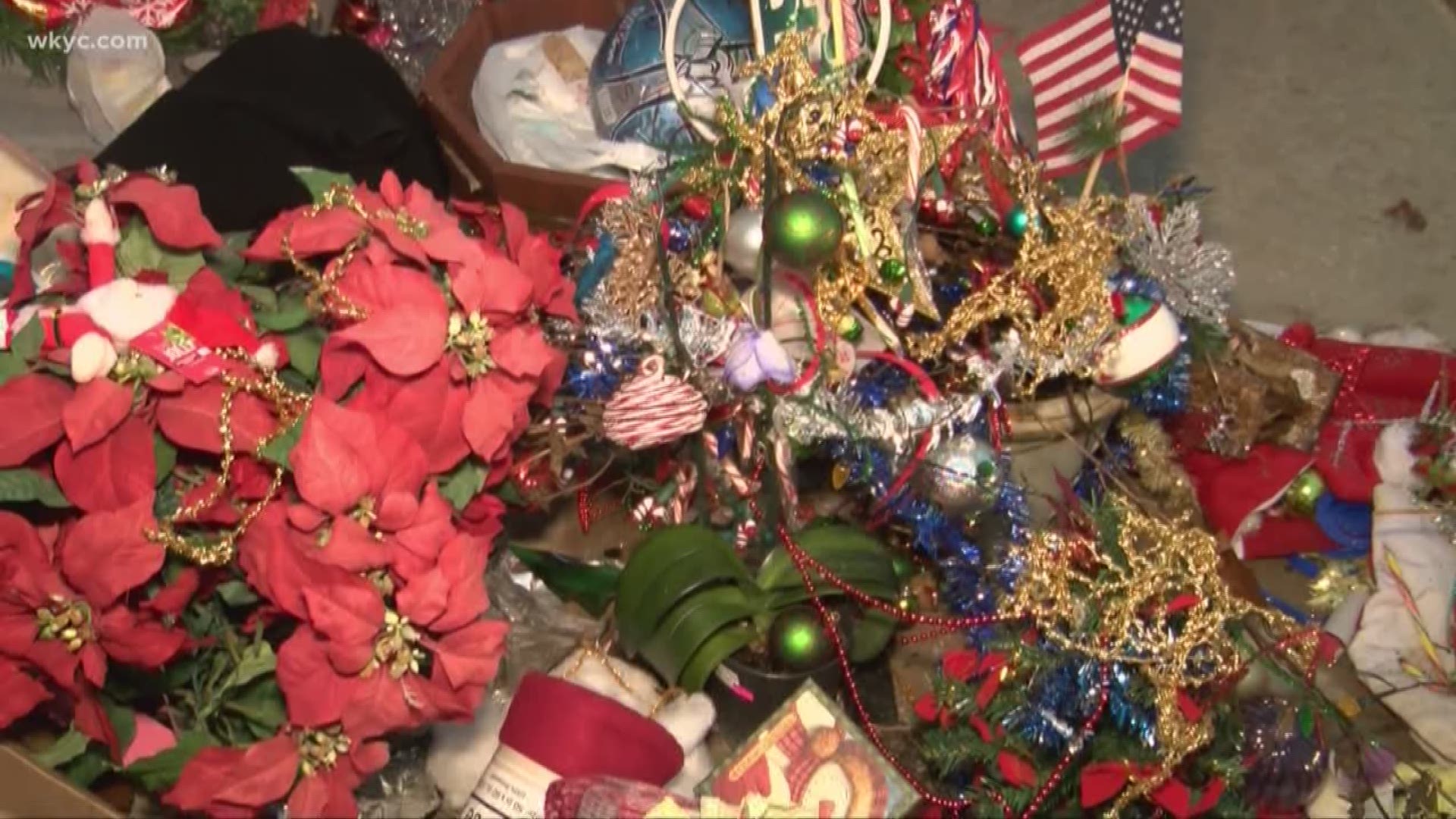 TOLEDO, Ohio (AP) — A few weeks ago it was just another overgrown street corner weed. Now it’s decked out with Christmas lights and ornaments and sprouting holiday goodwill.

The Christmas weed, as it’s affectionately known across Toledo, has become an overnight holiday attraction, bringing out hundreds of children and adults who have been lining up for selfies and leaving behind donations for the needy.

It all began when one family decorated the weed to spread some Christmas cheer. But the sad and scraggly weed has grown into something bigger.

“It’s a true Christmas story,” said Jimmy Izbinski, who joined the fun this week by putting on a Santa Claus suit and waving to motorists passing by with smiles on their faces. “With love, a weed can be a beautiful thing.”

The weed, which once stood 4 feet high (1.2 meters high) and shoots out from the edge of a traffic island, started out with just a bit of tinsel and garland nearly two weeks ago.

In the past few days, others have added lights, candy canes and glass ornaments — leaving little of the weed visible — while surrounding it with canned goods, blankets, clothes and wrapped gifts.

A dead potted plant draped with Santa hats and bows has been added to the collection. At some point over the past few days, someone apparently ripped off the top of the weed, but that didn’t dampen the good cheer.

Of course, there have been jokes about whether the weed might be the variety that could get you arrested in Ohio, and there’s a Facebook page dedicated to daily updates.

So many donations have been pouring in that the city brought in bins on Wednesday to handle the overflow and warned people to be careful while stopping at the busy intersection.

All of the contributions, the city said, will be given to local charities.