Rep. Tim Ryan says he'll use his position on the House Appropriations Committee to block the Trump Administration’s efforts to end the ATVM program. 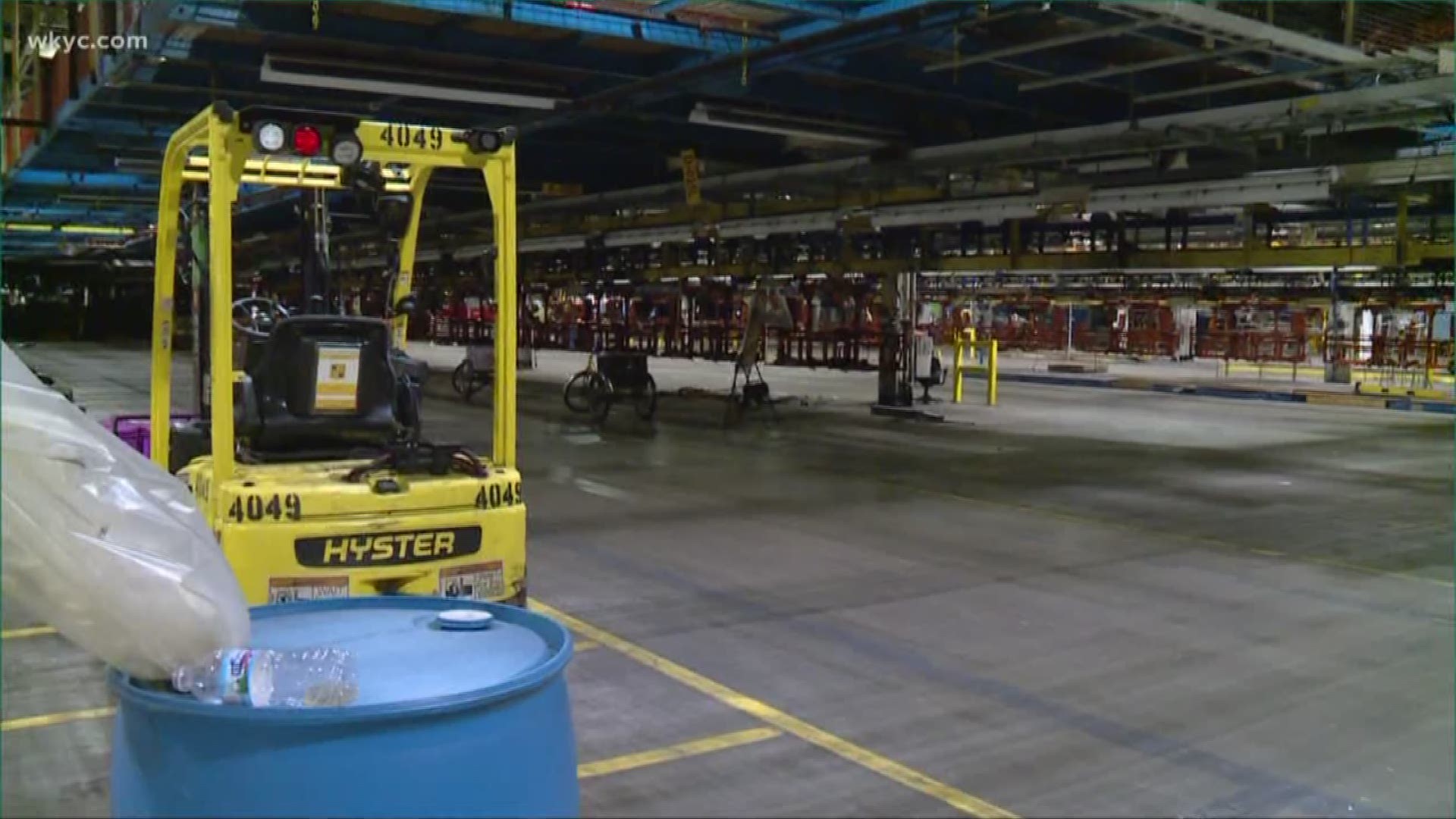 WASHINGTON — The Trump administration wants to eliminate a loan program that could help an electric vehicle maker with its plan to reopen a General Motors factory in Northeast Ohio.

Lordstown Motors Corp. is pursuing a $200 million ATVM loan from the U.S. Department of Energy to reopen the former Lordstown GM factory east of Cleveland to build electric trucks.

Rep. Tim Ryan led a bipartisan group of 10 Ohio lawmakers in writing a letter to the Department of Energy, urging them to approve the ATVM loan. You can read the letter by clicking here. Ryan also recently met with Steve Burns, CEO of Lordstown Motors, about securing the ATVM loan.

Last week, Ryan spoke with 3News about the status of the Lordstown Motors ATVM loan application.

RELATED: 'It was just lie after lie after lie': Rep. Tim Ryan explains walking out of State of the Union Address to 3News

"The company has been working with the Department of Energy, working with the technical experts there. Hopefully we'll know in a few weeks. It's moving forward and there are a lot of very positive conversations," he said.

Following the news of the Trump budget which would end the ATVM program, Ryan put out the following statement on Monday, angrily denouncing the president's plan.

“Donald Trump came to Youngstown and told us not to sell our houses, he promised to bring jobs back to Northeast Ohio, then only months later, GM announced they were closing the Lordstown Plant. Our community is still reeling from that loss, but we are finally seeing some light at the end of the tunnel with Lordstown Motors purchasing the plant to build electric trucks. These will be good-paying jobs doing what we do best in Northeast Ohio – building award winning vehicles. But instead of using the power of the White House to help Lordstown Motors get up and running, President Trump announced his intention on Monday to kill the very loan program that Lordstown Motors has said is critical to their business. This isn’t a hand-out, this is a loan that will be repaid in-full with interest. I will be using my position on the House Appropriations Committee to block the Trump Administration’s efforts to end this important program and I will continue fighting to ensure Lordstown Motors has everything they need to do their important work and get Northeast Ohioans back to work."

President Trump's 2020 budget also sought to end the ATVM loan program before Ryan and House allies were able to save the program.

Ryan's statement also points out that the ATVM Loan program helps companies retool facilities to build advanced electric vehicles. In 2010, Tesla utilized this program to build its Model S. According to the Tesla company website, their $465 million loan was repaid in 2013.

Lordstown Motors says it plans to unveil a drivable version of its electric truck at the Detroit Auto Show in June. It hopes to start building it by the end of the year.