A letter from Dick Merriman, University President, was sent out Monday to students and alumni announcing the decision. 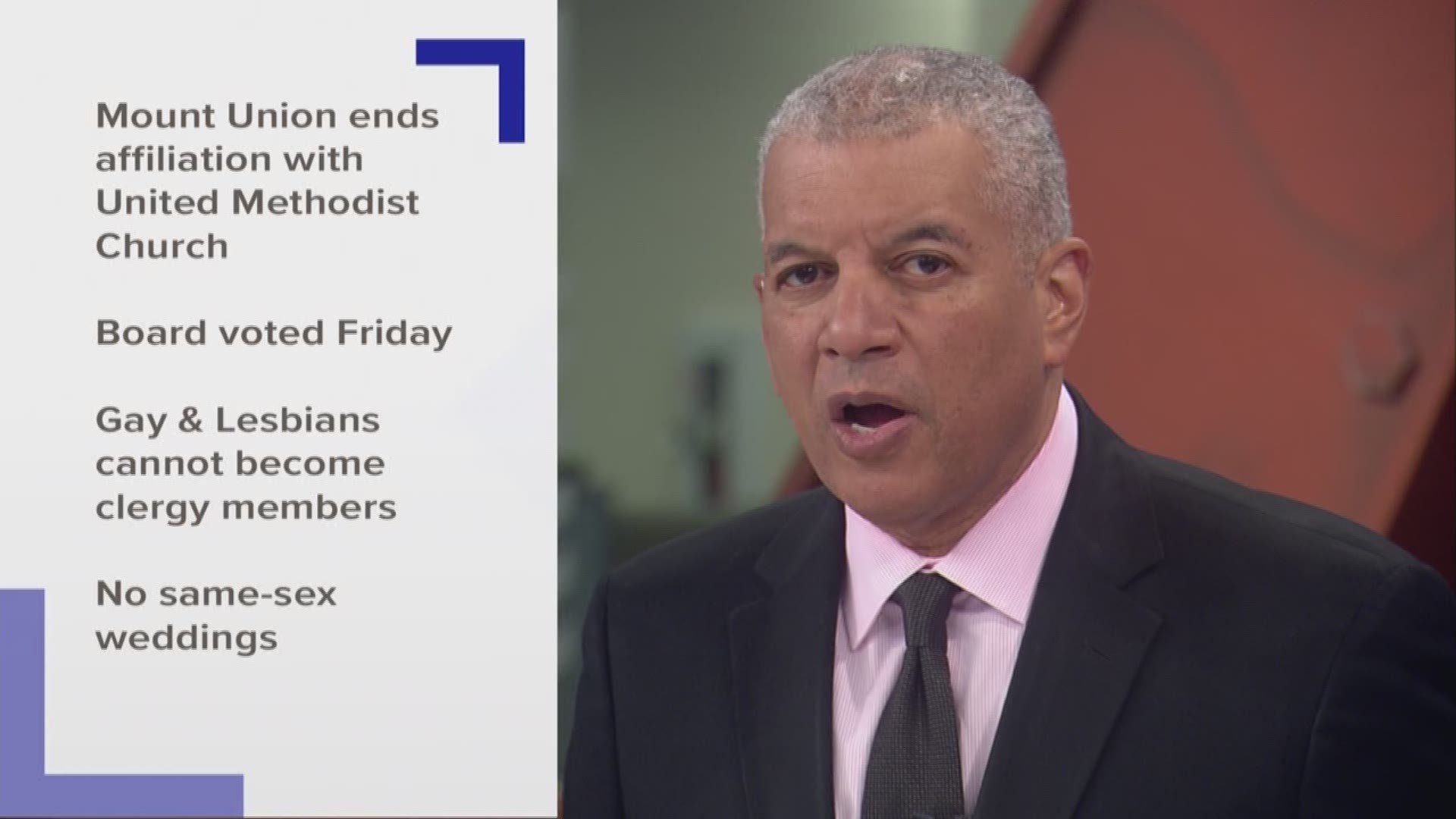 The University of Mount Union has ended its affiliation with the United Methodist Church.

A letter from Dick Merriman, University President, was sent out Monday to students and alumni announcing the decision.

The changes stem from the Church's stance on the LGBT community within the church. Earlier this year, it decided to ban gay and lesbians from becoming clergy members. They're also prohibited from officiating any same-sex weddings.

The University's Board of Trustees made the decision Friday during a "extensive discussion" on the following two topics:

Prior to announcing their decision, a University chaplain held round-table discussions with students and invited alumni, faculty and staff to share their opinions on the topics. The information obtained,more than 1,000 responses,was then presented to the board.

In addition to the decision to disaffiliate from the Church, the university authorized the creation of a special committee to focus strengthening the university's campus ministry and spiritual life programs.

Mount Union was founded by Methodist lay people in 1846. However, they are not the first school to come to this conclusion. The university joins Baldwin Wallace University, which ended its affiliation last month.