Toledo football player dead after being shot outside restaurant

Jahneil Douglas was a junior at UToledo and a Start High School grad. He was shot and killed outside the Original Gino's Pizza restaurant in west Toledo. 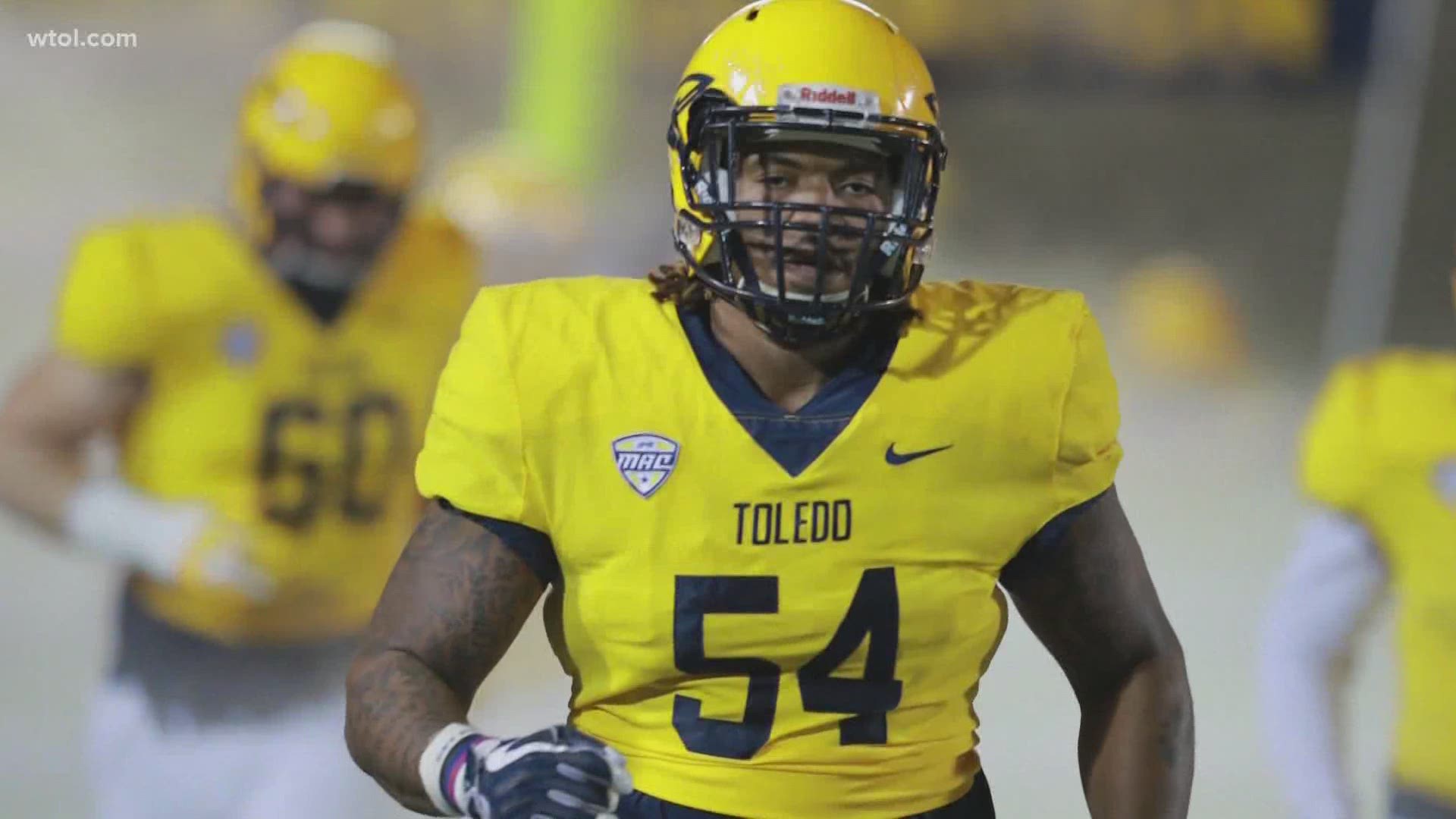 TOLEDO, Ohio — A football player for the University of Toledo is dead after a west Toledo shooting the night of July 7.

Jahneil Douglas, 22, was a junior on the Toledo Rockets football team and a graduate of Start High School.

Officers were dispatched after a report of a person shot July 7, late at night in front of the Original Gino's Pizza restaurant in west Toledo. When crews arrived, they saw Douglas at the scene and took him to Toledo Hospital, where he died.

Detectives say there was a fight outside the restaurant between two men when shots were fired.

Mitchell appeared in court on the morning of July 9 and a $1 million bond was set for him. His next court date is set for July 17.

Police say casings were found scattered in the parking lot and at least one car was hit by gunfire.

The restaurant has video surveillance near where the shooting happened.

RELATED: Busy week of local and major news in review for in northwest Ohio

"We were all shocked to learn of the tragic death of Jahneil Douglas. This is a devastating loss for our football teams and our university and a very sad day for all of us in Rocket Nation. Our deepest condolences go out to Jahneil's family and friends," O'Brien said.

"The Toledo football family is heartbroken by the loss of Jahneil. He as a hard-working young man who was loved by all his teammates and coaches. Our sincerest condolences go out to Jahneil's family and friends during these difficult times. Jahneil will forever be a part of the Rocket football family," Candle said.

On July 15, the University of Toledo announced the Jahneil Douglas Memorial Scohlarship. The scholarship will be awarded to a former Rocket football player who plans on attending graduate school at UToledo or needs an additional semester to finish his degree. Additional preference will be given to students who played athletics in the city of Toledo. A GPA of 2.5 or better is also required..

A GoFundMe account has been set up for Douglas's family.

This is the city's 26th homicide of the year.