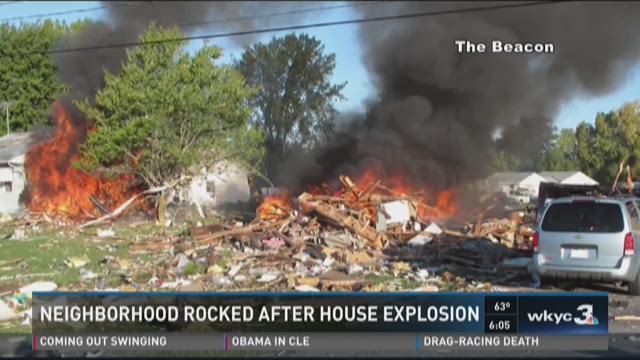 A house exploded around 8:45 a.m. Friday in the 2600 block of East Harbor Road in Port Clinton.

The house was destroyed and an adjacent house, connected by a breezeway, was fully engulfed in flames. The explosion was reportedly so strong, it blew the home's front door across the street.

A witness who helped pull victims out of the rubble before emergency crews arrived said he believes there were three to four people in the two adjacent homes.

Two couples, both in their 60s, lived in each home.

Authorities say one couple walked away unharmed. The couple inside the home that exploded was taken to a hospital. They trapped under debris but rescue crews were able to get them out. There is no update on their condition.

At least one victim was taken away by LifeFlight helicopter.

Neighbors said they smelled gas in the air before the explosion. Investigators say the couple just started turning on the heat and using the gas to stay warm.

People say they felt the explosion in all directions as far a half mile away.