Watch: Protest over the death of George Floyd erupts in downtown Columbus

The crowd can be heard chanting," No justice, No peace, no racist police," as police tried to defuse the situation. 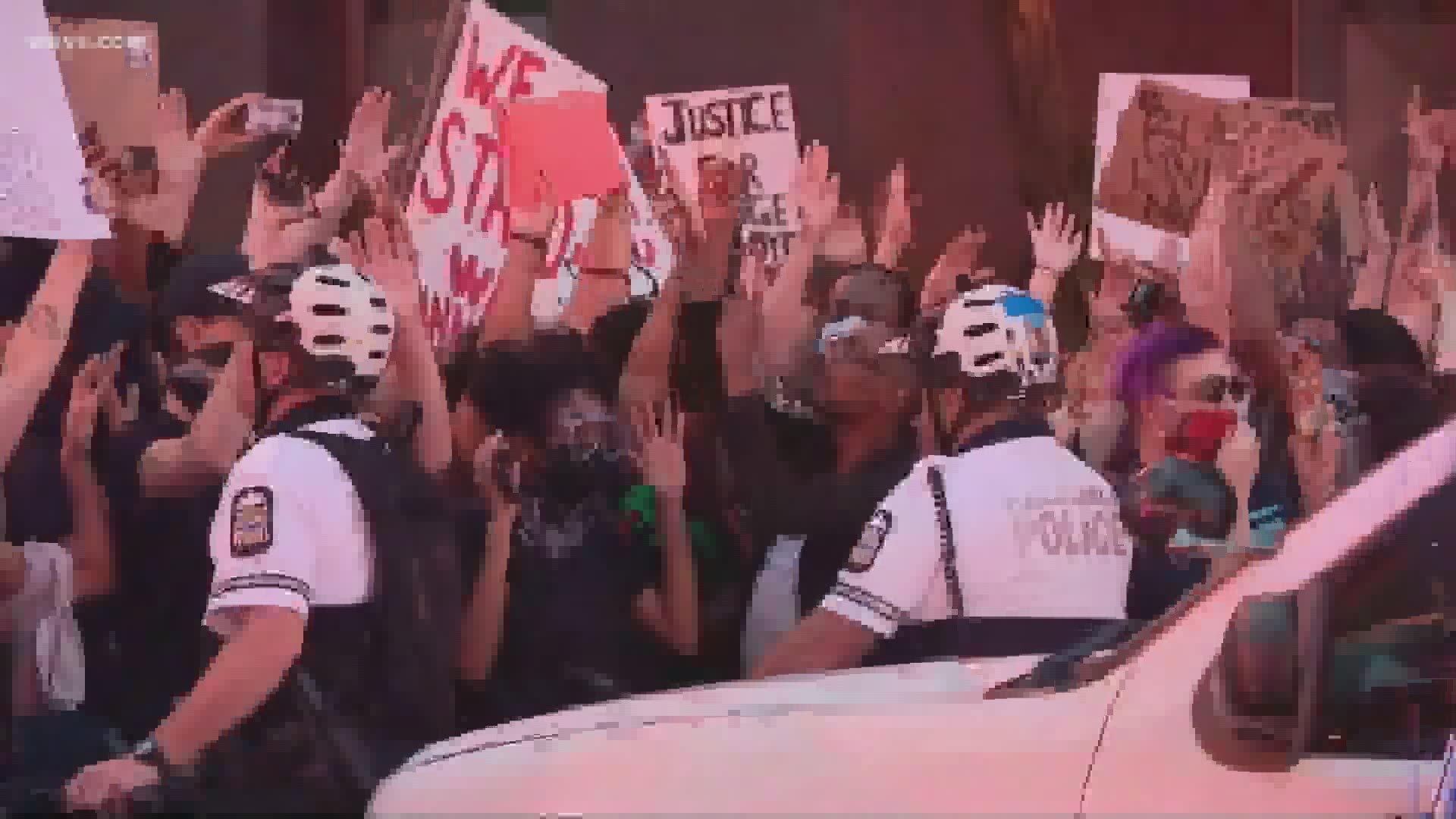 COLUMBUS, Ohio — The death of George Floyd has sparked outrage across the nation and right here in Ohio. On Thursday, residents in Columbus flooded the streets of downtown in protest.

The crowd could be heard chanting," no justice, no peace, no racist police," as  police tried to defuse the situation.

People protesting the death of George Floyd are marching in the streets through downtown Columbus. | https://bit.ly/3gwn6L6

On Monday, a viral video showed Floyd being arrested by multiple police officers. Despite Floyd pleading, “please, I can’t breathe!”, one officer continued to apply pressure to his neck with his knee, with Floyd eventually losing consciousness and later being pronounced dead.

According to the Minneapolis Police, Floyd was handcuffed and arrested after police were called to respond to a forgery and advised that he was intoxicated. Four police officers have been arrested as the result of Floyd's death.

The reaction to Floyd's death has included protests and riots in Minneapolis and an outpouring of support on social media, where many have spoken out against what they view as a gross abuse of power.

Stay with 3News for updates as they become available.

RELATED: U.S. Attorney McDonald: 'Our highest priority is that justice will be served'