Community raising funds for his funeral 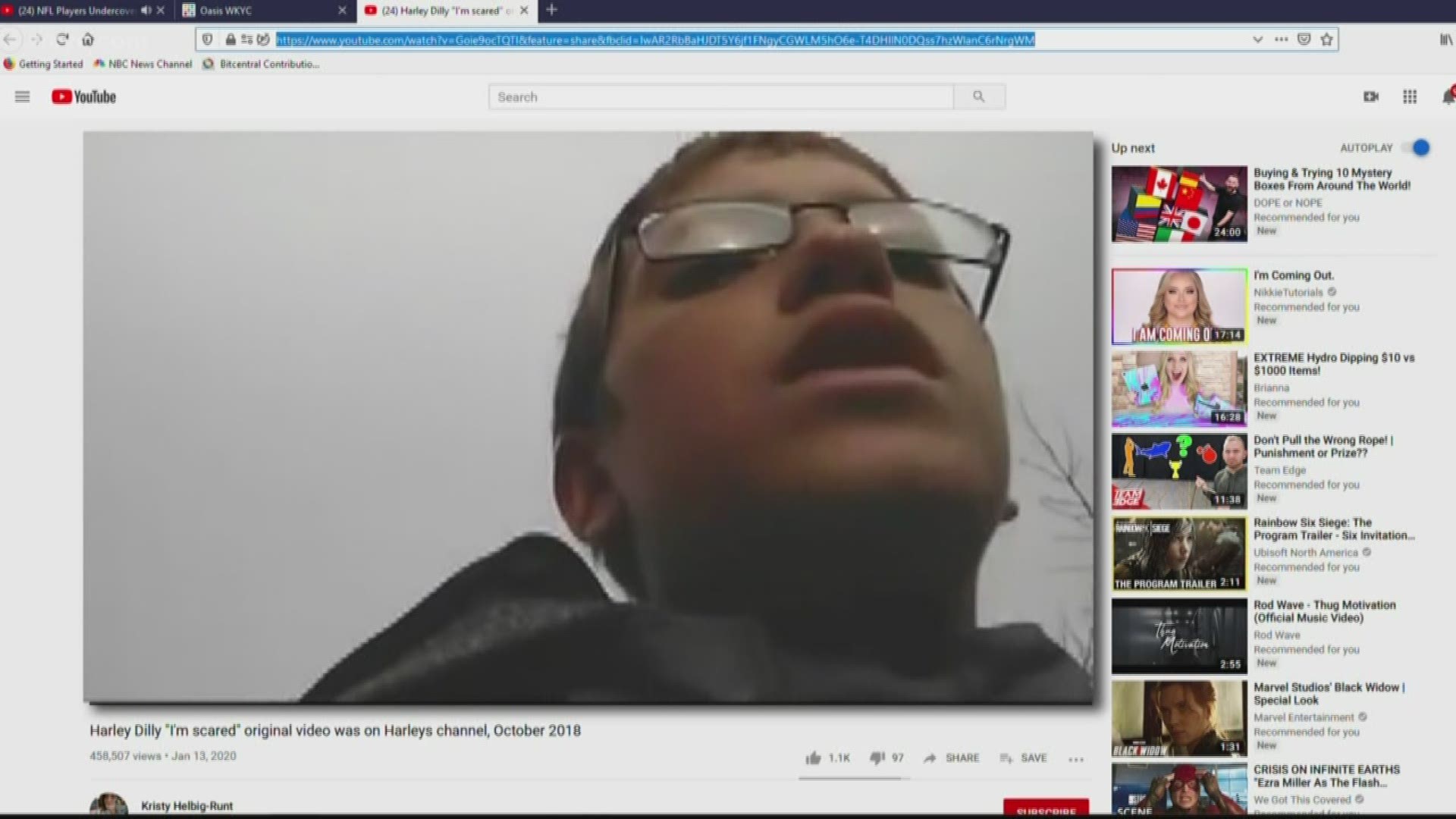 PORT CLINTON, Ohio — The seven-minute clip on YouTube has been seen nearly a half-million times.

It shows Harley Dilly in 2018 after what he says was an argument with his family.

“The future could hold bad things for me” he says. “I don’t want to find out what that could mean.”

Dilly appears to stream the video from outside his home and shares uncomfortable, yet relateable, growing pains.

“Basketball’s coming up, so I don’t even know what to do anymore,” he says. “I’m just so sad.”

The video is a window into a life which ended last month in what police are calling an accident.

On Tuesday, they concluded that Dilly walked across the street, climbed an antenna next to a vacant home, entered a chimney, and got stuck.

Police discovered him Monday night and the coroner later determined that he died from asphyxia.

Yet the community continues to help. Fisherman’s Wharf in Port Clinton is among the businesses now collecting donations.

“We’re selling our hashtag t-shirts still to raise money for Harley’s funeral. I was able to see the family yesterday, they’re going to cremate him,” said Marc Wolfe, Fisherman’s Wharf.

He said additional funds raised will be donated to the National Institute for Missing and Exploited Children.