There are a lot of Latinos in Northeast Ohio you need to know! 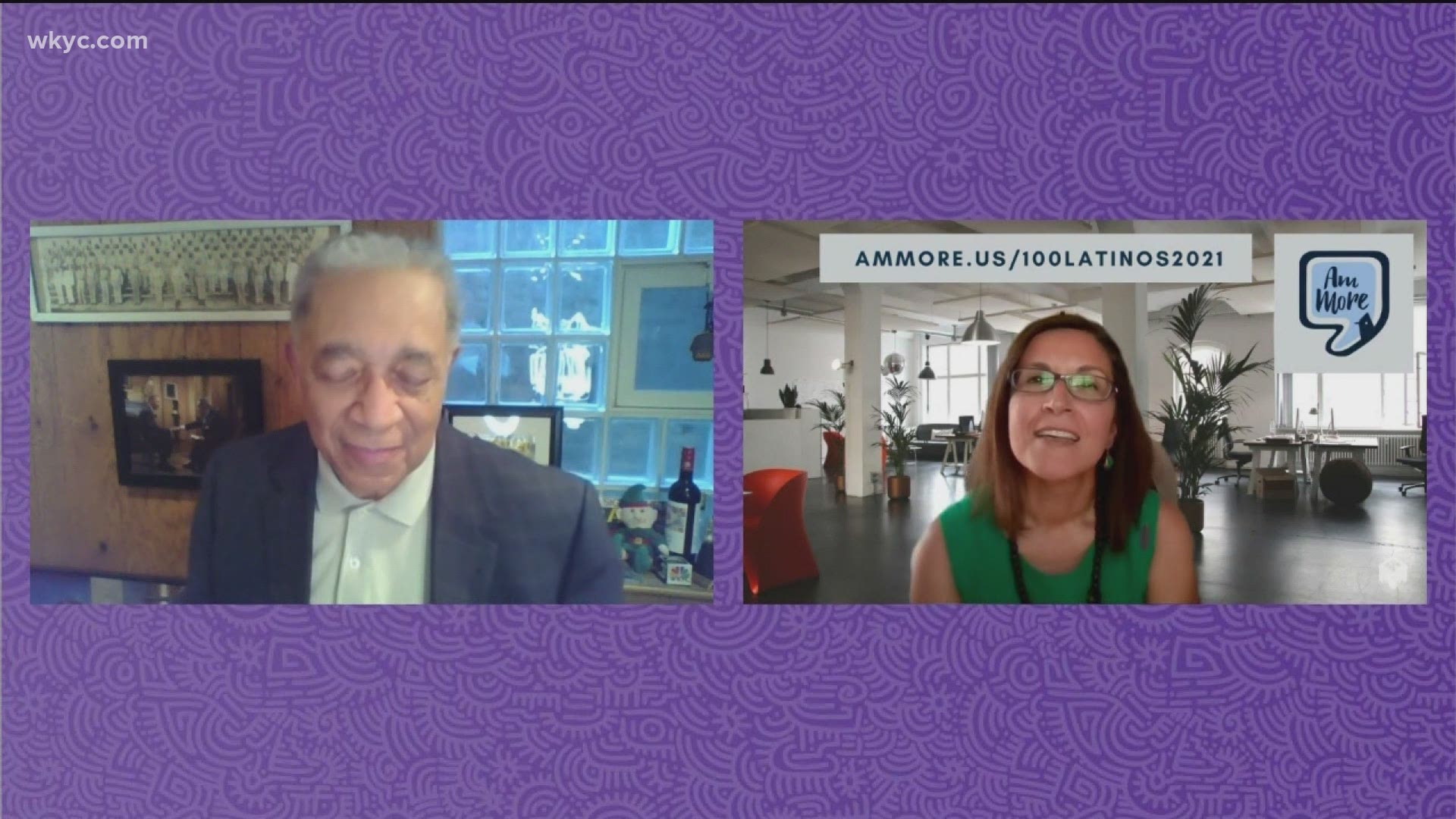 If you don't know about Marcia Moreno, AmMore Consulting, and the list of 100-plus Latinos Cleveland should know, you are missing out.

Moreno recently sat down with WKYC Studios for a "Lunch and Learn" date, all about educating and inspiring Northeast Ohio on the ins and outs of the area's rich Latinx population.

“The reason I do what I do is because I want to elevate us all and show this city who we (Latinos) are. I want to change the narrative. There is a huge community of people who are ready to be leaders," said Moreno, kicking off the session.

Moreno is the founder of AmMore and is interested in showing off some of the most influential members of the Latino community in the area. The growing number of Latino people in both the U.S. and Ohio made Moreno want to help people become "Latino Ready," for a more diverse world to come.

So who made the list? Aside from two of WKYC Studios' own family members, Jorge Ramos Pantoja and Roselyn Muniz, the list includes professionals from all walks of life. You can check out the full list here.

According to U.S. Census data, people who categorize themselves as Hispanic or Latino make up 18.5 percent of the country's population-- making them the second largest race population in the United States.

Here's an interesting statistic for you: In the U.S., the median age for Latinos is 11 years old. For non-Latino Americans, that number is 58.

“I wanted to provide a platform for [Latino professionals] to be heard and to be seen and to be visible because we do need to start changing the narrative around Latinos and our contributions to The United States,” said Marcia Moreno,

Know a powerful Latinx person in the Northeast Ohio area? Tell them that they can submit themselves for the 2022 list by clicking HERE.

Want to watch the Lunch and Learn session? Check it out in the player below: